Sure, Team USA is full of stars this year. Athletes like Michael Phelps, Simone Biles, and Katie Ledecky have smashed records and won over America’s heart on their path to Olympic Gold.

But many people (OK, just me) are asking: where is America’s most distinguished and multitalented athlete? A five sport threat, this athlete has dominated any sport at which he has tried his hand (or paw).

I’m speaking, of course, of Air Bud. If you’re not familiar with the franchise, all you really need to know* is the key argument of the movie, which allows a dog to play in a basketball game: “ain’t no rule says the dog can’t play basketball!”

There have been five different Air Bud movies, each about Air Bud playing a different sport:

Three of those sports (basketball, soccer, and volleyball) appear in the Summer Olympics in Rio. So why isn’t Air Bud in Rio right now, helping Team USA win gold in one of these three sports? HE IS A GOLDEN RETRIEVER! He literally retrieves GOLD! What travesty of justice is this that says a dog can’t represent his or her country?

Well, I did a little digging and discovered – shockingly! – that maybe a dog *isn’t* actually eligible to play sports. 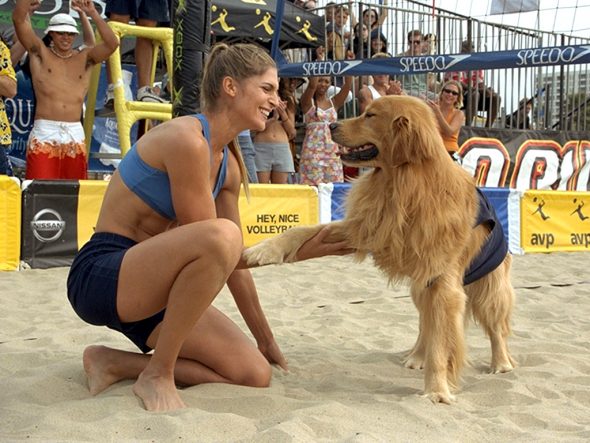 I should back up a second. There is a saying in law about “English” style rules v. “German” style rules. Under an “English” style of rules, “everything is permitted except that which is forbidden. This is clearly the type of rule on which the Air Bud argument relies: if the rule book doesn’t have a rule which says a dog *can’t* play, then that must mean he *can* play.

But that’s not an inevitable interpretation of the rules. Under a “German” style rule, “everything is forbidden except that which is permitted.” So if there “ain’t no rule that says a dog CAN play basketball,” then Air Bud is going to have to sit this one out. The Olympics are an international competition, so it’s not entirely clear which interpretive rule would apply (comparative/international law experts, holler at me in the comments) – but it turns out that doesn’t really matter. 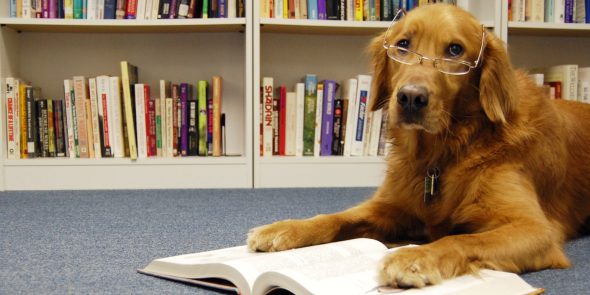 and the rules from FIVB (the international governing body for volleyball):

While dictionaries are an uneven and somewhat controversial source for legal interpretation, “player” is usually defined as “a person who plays a game.” (emphasis mine). And “person” means human being.

Cute as he is, Bud is not a “person” under the law – which means he’s not eligible to be one of the 12 or 11 players that make up a volleyball or soccer team (respectively). Interestingly, the FIBA rules for basketball are not so specific:

Those rules just say “Team Member”, which isn’t necessarily human-specific! In dog-sledding, for instance, “the words ‘Competitor’, ‘Contestant’, ‘Driver’, ‘Athlete’, etc. shall include the competitor and/or his/her dog(s)”. So maybe we’re making progress.

What about age limits though? Dogs have an average life span in the 10-13 year range, and surely the Olympics wouldn’t let a 10-year old compete. The NBA, for instance, has a 19-year minimum age limit. Thus, we can keep Air Bud out on the grounds that he’s too young to play!

“What about dog years” you say? Well, it turns out that dog years isn’t….really a thing. It’s just a way of comparing dog years to human years for health purposes. But “year” means “year” under most systems of law, regardless of the life span of the creature involved – dog racing, for instance, has a 5-year retirement age, and that’s counted in human years, not dog.

Fortunately for Air Bud, however, there is no age limit in international basketball. For a variety of reasons, the US has been pushing to implement one at the international level since at least 2012, but thus far none has been implemented. So even if Air Bud were still a puppy, he could still technically play.

Interestingly, this seems to be the case for all of the sports Bud has played: men’s soccer has a 23-year maximum age, and volleyball has no minimum age. So this won’t keep him from playing.

So there maybe-kinda-sort of isn’t an official rule of basketball that bars Air Bud from playing. But he has a bigger problem: he has to be eligible to compete in the Olympics in the first place. And it turns out that this is the hurdle that would prevent him from participating in any Olympic sport (even hurdles).

In order to represent Team USA, you have to be a “national”  of the USA.

And Air Bud doesn’t qualify: dogs might be man’s best friend, but they haven’t been granted citizenship in our fine nation just yet. Indeed, under American law, dogs and other pets have historically been characterized as “chattel property.” 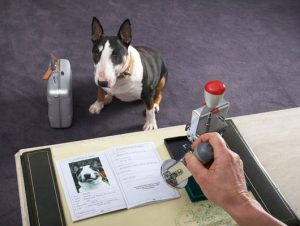 This year there is one possible exception to the nationality rule – the IOC established a team specifically for refugees that are stateless. So could Air Bud, denied his home country’s citizenship, join the refugee team? Turns out he’s in trouble there as well – in order to be eligible for the refugee team, you have to be specifically nominated, and in order to do that you have to have “official refugee status verified by the United Nations.” And Air Bud seems to have things pretty good – not sure he qualifies as a refugee.

With all of that said, I know I’m not the only one that wants the rest of the world to have to listen to the Star Spangled Banner while a golden retriever stands proudly on the center podium with an American flag bandanna and a gold medal around his neck.

So clearly, for 2020, we need to either (a) grant American citizenship to dogs, or (b) get the IOC to relax the “nationality” requirement.

Ironically enough, I think (a) might actually be the harder task – the Constitutional amendment process is nearly intractable. But for plan (b), I’ve got the perfect argument: “What’s the matter WORLD? Afraid you might get beat by a dog?” 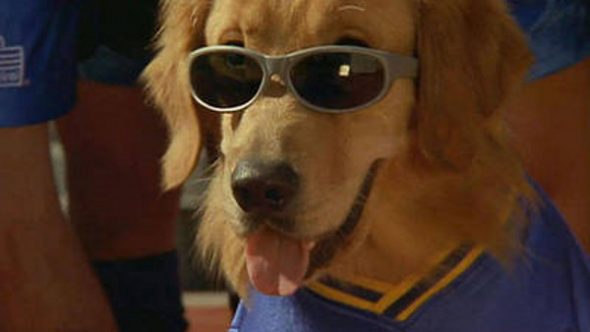 Or read more from… Featured, Movies

2 Comments on “Can Air Bud Compete in the Olympics?”