Overwatch is Blizzard’s latest entry into the world of first-person shooters. Unlike the mud and blood soaked browns and grays of the various Call of Battlefield: Space Marine Editions, Overwatch is saturated with color and vareity. With more than 20 playable characters hailing from all over the globe, Overwatch is a much more inviting entree into the world of online multiplayer shooters.

Overwatch has no single player campaign. Instead, it is a team-based multiplayer game. Both sides compete to secure an objective, either capturing a location or escorting a payload to a destination. Killing the opponent is of course part of the strategy, and is a lot of the fun, but it is not the ultimate goal: your kill/death ratio might be through the roof, but that doesn’t do any good if you weren’t paying attention to the payload slipping past your defenses.

At the end of every game, players are treated to a “Play of the Game” animation, showing a brief snippet of gameplay as a “highlight.” They look like this:

That’s the character Pharah doing some fancy rocket work to jump behind the enemy, then using her rocket barrage to deal some serious damage. (It’s a fun game guys).

As one might expect, the internet has had a lot of fun with the POTG feature. Of course, there are the clickbait(ish) roundups of “The Best Overwatch Plays of the Game,” and POTG makes regular appearances at the top of Overwatch communities like Reddit’s r/Overwatch.

In addition to just showing off moment from the game, there’s a lot of creativity and fun as well – the POTG format is a thriving internet meme, with loving parodies and even real-life cosplay recreations. My personal favorite is this mashup of the POTG with last week’s Game of Thrones “Battle of the Bastards”:

The POTG is interesting for a few reasons. For one, it’s a further expansion of the idea that video games are no longer just something you play – they are also a source of entertainment, a way of seeing and experiencing something cool. When the POTG comes on, you might get to bask in one of your own past moments of glory, learn some new tactic or technique, or you might just watch your own hideous failure, only this time from the perspective of the guy or gal who killed you.

But more than that, the POTG of the game is interesting because of the way it is generated – entirely automatically. The POTG is the first thing you see after finishing a round, and is selected entirely by some algorithm inside the computer or gaming console.

Which has led to a lot of speculation about how, exactly, the POTG is selected. Because the POTG is not always the most exciting 20 seconds of gameplay that you might hope for. Here, for instance, is the dwarf Torbjörn, staring at a wall while the turret he built somewhere else on the map does all the work for him:

And here’s the character D.Va getting knocked off of a building by another character:

To be fair, selecting “cool” moments is a really hard problem, and one that computers tend not to be very good at. Blizzard has acknowledged this problem, saying that the algorithm is being tweaked to better select what highlight will be shown.

According to one YouTuber, the current algorithm appears to look for four different POTG “types” – either its the highest “scoring” portion of play, or it fits into one of three predefined categories (long range kills, stopping the enemy from deploying a “Super” ability, and getting a kill the prevents an ally from dying).

But let’s leave aside the computational difficulties for a moment. Before we can program the computer to look for something, we have to have some idea of what we’re looking for in the first place.

We have to ask what should the Play of the Game be in the first place? What should we value in selecting a real-time “highlight” reel in a video game like Overwatch?

I can think of three possible values that we might want to try and capture:

There’s a case to be made for all three – and I think it comes down to what you think the Play of the Game is supposed to be for.

If you think of Play of the Game as a reward, a goal to strive for, then either Performance or Value makes the most sense. “Performance” makes sense if you see Overwatch and the POTG as a recognition of individual achievement: the best player who made the best play should get the “reward” of being featured in the POTG.

“Value”, on the other hand, makes sense if you recognize that Overwatch is a team sport, and individual performance doesn’t mean anything except in a larger context of accomplishing the team objective.

But there’s a wrinkle, because one of the things that makes Overwatch popular is the diversity of character types that you can play as – sure there are soldiers with guns and rockets and sniper rifles, but there are also “Tanks” with lots of hit points and a giant hammer, “Builders” that place defensive structures, and “Support” that can heal their teammates or enhance their power.

And so comparing performances across classes is extremely difficult – sure, you can count kills, but that leaves healers in the dust. So you need to come up with some way of scoring “plays” in a way that recognizes the accomplishment of each class: a kill might be worth X points, healing is worth Y, and blocking damage might be worth Z, with modifiers based on how close to the objective you were, how close your allies were, etc.

One more wrinkle: every character has something called an “ultimate,” a special ability that charges over time and gives them some temporary superpower. These ultimates are more powerful than the normal abilities by a pretty substantial margin – so if you’re just counting up accomplishments, you run the risk of overvaluing the ultimate: a relatively mundane usage of Pharah’s rocket barrage might do more damage in a short period of time than the most masterful instance of shooting from Widowmaker’s sniper rifle. So if your goal is to recognize technical accomplishment, you have to account for that as well. 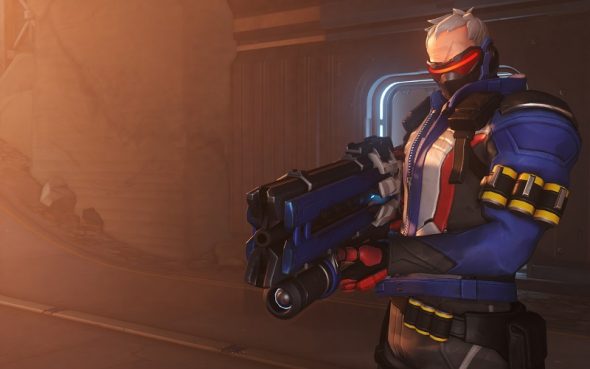 But all of that assumes that the POTG is a reward, an individual accomplishment like the medals or “Achievements” you can unlock as you go along. And one of the things that sets aside the POTG is that it’s a group experience – it’s not just something that you get to see, it’s something that all 12 players get to see. It is, in the moment, a brief little piece of shared culture.

No, they show the crazy long run, even if the only reason the RB was able to make it was because the defensive line made some amateurish mistake and blew their coverage. They show the monster dunk, even if it had no impact on the outcome. They show the thing that’s cool to watch, because that’s what we want to see.

So you could throw out the “Performance” or “Value” idea out altogether, and just show the POTG that will make for the coolest viewing experience. This has some benefits: win or lose, we all want to see something cool. As the success of Twitch (the video game streaming site) shows, people are excited to see new an interesting things in the games that they love.

One, looking for the “Highlight” means that a huge chunk of characters just lost any hope of ever getting the POTG: you’re not going to look very cool just following people around and healing them up, and as the clip of Torbjorn above shows, it’s definitely not going to look cool when a turret halfway across the map does all the killing for you. How do you make healing look cool? What about blocking? 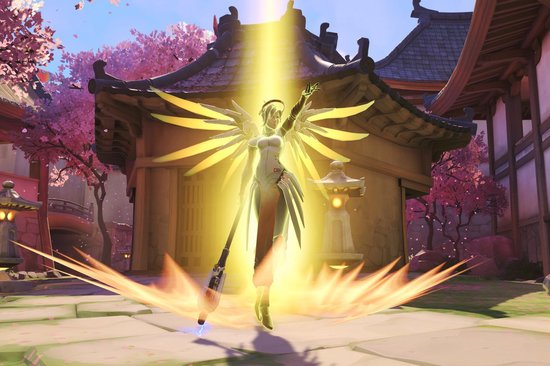 Of course, any solution is going to be some middle path between all three – we want some good blend of all three philosophies of POTG selection, so that we get stuff that looks cool, but also recognize genuinely out of the ordinary accomplishments.

Personally, I’d lean towards the “Highlight” philosophy of POTG selection. But that probably just shows my own bias: I am never going to be anything but a casual gamer, and thus a mediocre at best player. I’m there to have fun, and that means seeing cool stuff, regardless of who did it.

But I can totally see a different opinion: if I’m really into Overwatch and want to play competitively, then I’m going to be gunning for that POTG, trying to get it as a de facto MVP award for the game.

So I leave it to you – how SHOULD Overwatch choose the POTG?

3 Comments on “Overwatch: What SHOULD be the Play of the Game?”