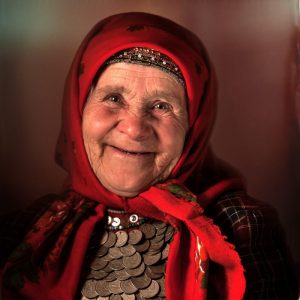 Ain’t no grannies to be seen this year.

Depending on how you look at it, Eurovision songs are either getting better or worse. More and more entries are sounding like tunes you might hear on the radio. (Stokes loved Belgium’s funk-infused “What’s the Pressure?” for instance.) But that improvement in quality comes at a cost: the gradual homogenization of a contest that was supposed to be a showcase for cultural diversity.

Take our most popular video review of the year, Lithuania’s “Waiting for This Night.” We noted that not only was Donny Montell’s song written by a pair of Swedes, but the video was shot in Stockholm as well. They even went so far as to have the singer posing with a famous statue of Swedish folk musician Evert Taube.

Lithuania was far from the only country to import its tune: 10 of this year’s 42 songs were either written or co-written by Swedes. Many more songs were written by carpetbagging songwriters from other countries, including the favorite to win, Russia’s “You Are the Only One” (co-written by a Greek). 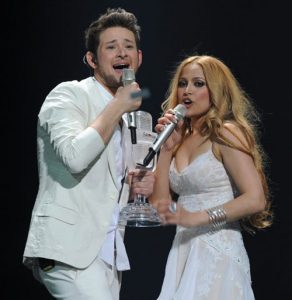 This is a trend that’s been creeping up on us for a while. Back in 2011, Azerbaijan won the competition with a cutesy duet by Ell & Nikki. To some it seemed like the story of a pop music David beating the Western European Goliaths. But the song, “Running Scared,” was written by two Swedes and a Brit, while “Ell & Nikki” were Westernized names for “Eldar & Nigar.” If that’s the price of victory, what has Azerbaijan actually “won?” (To be cynical, they won millions of Baku tourism dollars the following year.)

Ryan Sheely touched on this phenomenon in his video essay, “The Hipsterization of Eurovision.” He associates what’s happening to Eurovision with the larger phenomenon of “the syncretic transnational hipsterati, the creation of a global youth culture that shares and reappropriates fashion and music trends.” You don’t have to be Ryan Sheely or Thomas Friedman to realize that geographic and cultural differences are being eroded, mostly for the better. But part of the charm of Eurovision was that it served as a musical Epcot Center. How are we going to learn about Croatian Klapa singing like in 2013 if Croatia is importing its songs from Austria? 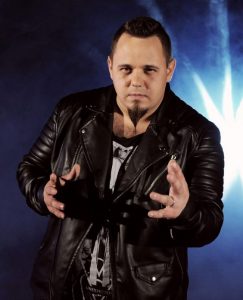 Stockholm could use a little more Ovidiu.

This growing homogenization makes us value the songs that have the courage to be different all the more. Romania’s Meatloaf-esque rock opera was our second review, and we celebrated its determination to “Keep Eurovision Weird.” Then Romania got disqualified for failing to pay its EBU membership dues. We got a kick out of Bosnia’s singer-cellist-rapper hodgepodge “Ljubav Je,” but it didn’t make it out of the semis. Greece gave us a folk-rap hybrid of its own, using an obscure dialect called Pontic Greek just for extra not-giving-a-fuckitude. It, too, was eliminated in the semis.

But there’s still evidence that you don’t have to sound like American Top 40 to find Eurovision success. Hot on Russia’s heels is Ukraine, which is partially in another obscure dialect, Crimean Tatar. (To be fair though, many of Ukraine’s supporters are really voting AGAINST Russia.) Also in the Top 5 is France, which we discussed today in our last video review.

We saved this for the end for a reason: it manages to be both uniquely French and still feel international. It has a Mumford and Sonsey radio-friendly sound, but the lyrics are mostly in French. The singer, Amir Haddad, was born in Paris, but his parents were foreign and he grew up abroad. Amir seems to be part of this syncretic transnational hipsterati movement, but he’s giving it a Gallic twist. To put it simply, you can tell that this is the song from France with your eyes closed. In 2016, that’s not something you can take for granted.

Please visit our YouTube playlist to see over forty Eurovision 2016 videos, including:

2 Comments on “Eurovision 2016: The Swedes Have Already Won”