I’m far from the first person to observe this, but there’s an awful lot of superheroes patrolling Hell’s Kitchen.

We now have two seasons of Daredevil taking place in the neighborhood. There’s one season of Jessica Jones on the books and another one coming. Luke Cage debuts this September, and we know his bar is in the area. That’s three people with varying levels of invulnerability and martial skill, and that’s before The Invincible Iron Fist shows up. That should be plenty! 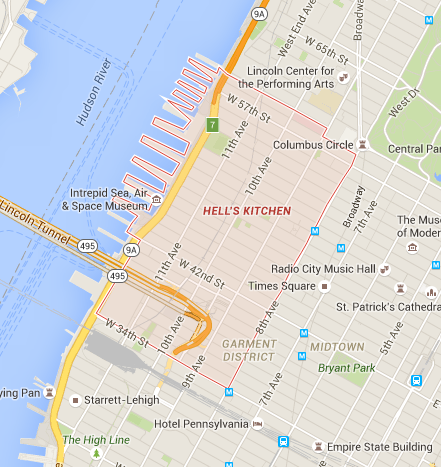 The actual Hell’s Kitchen isn’t that big a place. Draw a line down 8th Ave in Manhattan, starting at West 57th and ending at West 34th. That’s over eight hundred NYC blocks, which is dense compared to most American cities, but only a small fraction of the city overall. It’s only a piece of the NYPD 10th Precinct’s turf (and a bit of Midtown South).

Obviously, New York City is too dense by any rendering for one hero, no matter how powerful, to patrol it all. Everyone’s got their turf, and I respect the need to specialize. And it makes sense that crimefighters should specialize in the most crime-ridden portion of the borough.

But is that still Hell’s Kitchen?

In Daredevil S2E7, “Semper Fidelis,” DA Reyes and Foggy Nelson interview potential jurors for the Frank Castle trial. Some of the jurors express their fear of “The Punisher,” but some of them are grateful. “Hero … that’s what we should be calling him,” says one. Another: “Let those bastards [thieves, muggers, rapists] feel scared walking down the street for a change.”

This description of Hell’s Kitchen, or New York City, as a crime-ridden hellhole, would resonate everywhere in the world except with actual residents of New York. While Manhattan was once synonymous with street crime, it’s currently one of the safer cities in America. As of 2014, every major felony offense was at a 15-year low, per the NYPD’s own figures. The causes of the decline are hotly debated: some credit the “broken windows” policing of the 90s, while others suggest a reduction of lead poisoning have led to less violent youth. Whatever the cause, New York is not a place where you need to feel scared walking down the street – it is safer than it’s been in decades.

And Hell’s Kitchen itself has undergone something of a renaissance in the last 30 years.

The development of Hudson Yards and the High Line just to its south and the addition of the Time Warner Center on its northeast border have spurred growth. Prices have gone up but are still generally lower than in surrounding neighborhoods.

Of course, as I hinted at in comparing Fallout 4’s Boston to the real baked bean, a city’s fictional representation is not the same as its geography or politics. There’s New York, the five boroughs and the eight and a half million people who live there, and there’s “New York,” the fictional character. And it’s not like there’s even just one fictional New York. “New York” presents a thousand different faces to readers and moviegoers: capital of finance, center of art and fashion, home of Broadway superstars, and the birthplace of hip hop.

So which “New York” does Daredevil take place in? By borrowing the characters of Elektra and The Punisher, Daredevil S2 plants its feet firmly in the New York of the Eighties.

I got this from VHS Power, a tumblr that I found by googling “the most eighties thing ever.” You should definitely visit (the gif is a link), but plan to kill AT LEAST a couple of hours.

The antiheroic Punisher owes his popularity to the tough-on-crime films of the Eighties, like the Death Wish series, Cobra, Above the Law and others. Television of the period also popularized vigilantes, whether family-friendly (Knight Rider, The A-Team) or down and dirty (The Equalizer). The rising tide of crime in America’s cities sparked a desire for Men of Will who’d stand up and fight back. The Punisher, though introduced as a nemesis for Spider-Man, grew popular enough to earn his own series. 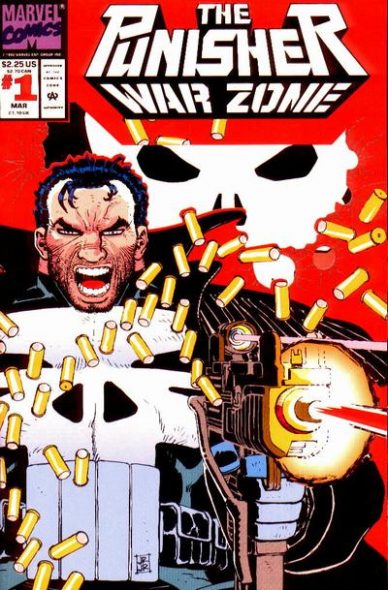 Elektra, meanwhile, first appeared on the pages of Daredevil‘s monthly mag when Frank Miller was at the helm in the early Eighties. Her popularity coincided with—some say sparked—the Western audience’s rising fascination with ninjas. The market saturated quickly: Ninja Turtles, G.I. Joe‘s Snake Eyes and Storm Shadow, a flood of Golan/Globus cheapies (American Ninja, Enter the Ninja, and their countless sequels), and many of the decade’s better video games.

The only “New York City” that makes sense as a New York City scared of crime and fascinated by ninjas is the NYC of the 80s. Today’s NYC, as mentioned above, is the safest it’s been in thirty years. It’s safe enough that the NYPD can threaten a slowdown in arrests and still watch, helplessly, as crime decreases. And while the “martial secrets of the Far East” might have been exotic in 1981, you couldn’t even get a showing in the UFC today without familiarity in jiu-jitsu and muay thai. If ninjutsu (or taijutsu, the Japanese striking art on which it’s based) isn’t taught in at least one MMA gym in the five boroughs today, I’ll eat my manriki-gusari. 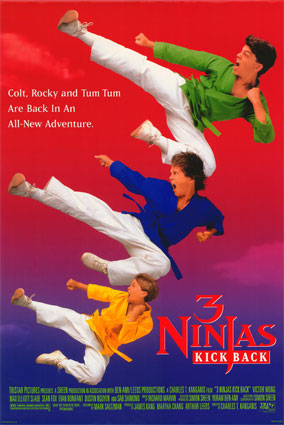 Why does the time period through which we view Daredevil‘s Hell’s Kitchen matter? Because it explains the attitude of the characters living in it.

I don’t recall offhand if the NYC of Marvel’s cinematic / television universe had a World Trade Center to be razed. But the Chitauri invasion in Avengers, and New York’s subsequent rebuilding, is clearly meant to hold much of the same metaphorical weight. New Yorkers who survived constantly reference where they were that day. The death toll and destruction brought out a generation of rebuilders and opportunists.

But I submit that the attitude of Hell’s Kitchen post-Chitauri, as embodied in Daredevil and Jessica Jones, is different than the attitude of the real Manhattan post-9/11. There’s a drawing-in, a selfishness, a jealousy. Vigilantes are treated with distrust. While there are certainly real-world reasons to fear vigilantes, no one (to my knowledge) has voiced the most pressing reason in three seasons of Hell’s Kitchen-based drama: that they might target innocent people by mistake. Instead, there’s a fear of people with powers or people in masks. What are their motives? Do they think they’re better than us?

This reflexive distrust, this desire to cast everything in terms of self-interest, resembles the Eighties far more than the Teens. It’s a decade emerging from economic stagnation. It’s a city recovering from the verge of bankruptcy, the ’77 blackout, the rioting that followed, and disco. Looking to oneself first made a certain narrow sense.

I don’t think this is a deliberate attempt to make Marvel’s New York feel more “retro” than it is. But I think it’s an inevitable consequence of bringing stories that were told in the Eighties—with all the cultural concerns and signifiers associated—to the streaming screen. A New York that’s captivated with vigilantes and ninja cults is an Eighties New York. It makes a certain sense.