[Ed: This post is a continuation and conclusion to Part I of our discussion from last week]

Pete Fenzel:  Putting this critique more clearly in the mouth of Superman would have been a good thing for BvS. Superman should not just object to Batman killing people in extreme circumstances. Superman should object to Batman so profoundly abandoning the pretense of a normal life by constantly escalating conflict. Clark Kent can’t live in a world where Batman drives a tank down the street and shoots people wearing leather jackets – there’s no freedom of the press, no Lens Crafters, no shopping bags with baguettes in them. Superman would do fine, but Superman doesn’t want to be Superman. He wants to be Clark Kent. 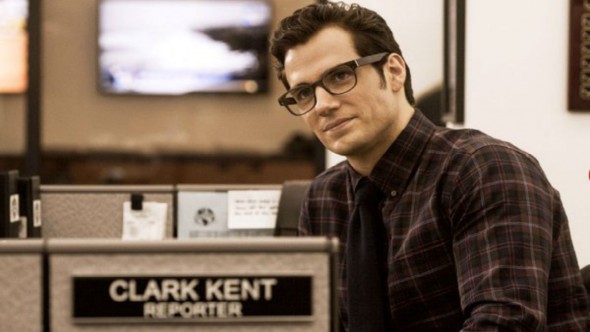 Really I think it’s a rejection of even the aspirations of normalcy. Which is perhaps why I sometimes feel that I am the one missing the point and younger guys actually really like movies like this, because in their experience they don’t really see a normalcy to return to where authority figures can be trusted and people can be collectively prosperous in a world that looks like home.

Matt Belinkie: In the Snyderverse, there isn’t an expectation that your building won’t be destroyed by a CGI shockwave, because it definitely will.

Others have pointed out that this Batman is a lot like Rorschach from Snyder’s Watchmen. Maybe there’s a similar feeling there that society itself is diseased and any expectation of safety and normalcy is a joke.

But to be clear, we’re not saying that this Gotham City is more dangerous than other Gotham Cities we’ve seen. We’re saying that this Batman seems utterly unconcerned with restoring law and order. He’s the one escalating the level of violence.

Fenzel: This is I think partly where the dream sequences become problematic, and where the drastically shifting setting also becomes a problem.

There’s this idea throughout the movie that Superman is going out into the desert, either in Africa or Mexico or other places, and committing atrocities, even though Superman never does this. Lex Luthor frames him for a massacre in Africa (which makes no sense, as Ben pointed out in the podcast, because the people supposedly killed by Superman were obviously killed by bullets), and Batman has a dream of a dystopian future where Superman runs a fascistic paramilitary organization of some sort in a blasted Mad Max-esque wasteland. It is hinted to be a sort of Flash-inspired, time-travel propelled vision of an alternate future, but is never addressed again in the movie.

Plus you have Metropolis under seige during the events of Man of Steel — there’s very little sense to Batman in this movie of what any of these places are like on a day-to-day basis.

Another day in Metropolis!

I think Batman behaves from the beginning of the movie as if these dreams and visions and framings are all real, and the Man of Steel invasion is a normal thing that happens all the time, and there isn’t really a normal Gotham with bad crime and corruption but also people in it leading normal lives.

Which does sort of match up with our social-media-saturated hyper-reality where everybody thinks mass shootings and terrorist attacks are happening constantly everywhere. So it’s a legit experience of the present. But I’m not convinced of its veracity.

Belinkie: To be charitable, Batman seems to honestly feel like Superman is a potentially world-ending threat, which maybe justifies some collateral damage. He may be misguided in thinking this, but Batman literally believes he’s fighting to save the world.

Fenzel: Yeah, but Batman branded the guy for being a human trafficker.

Fenzel: You could also take Alfred at his word (which is hard because there are so many speeches like this in the movie that contradict each other and it’s hard to tell which to listen to) that confronting the level of destruction caused by Superman has made Batman feel powerless, and his increased cruelty is a result of his feelings of powerlessness, not any practical concerns.

I mean, Alfred in the movie comes up just short of conducting an intervention with Bruce Wayne. He’s clearly worried about his mental health. But the trick there is we never see what “normal” Batfleck looks like. Just really angry and cruel Batfleck.

And he never steps back and goes “whoa” about the collateral damage he causes. Just about almost killing Superman.  So without a basis for comparison, it comes off as his core character and not an aberration.

Belinkie: I remember after Man of Steel, Snyder hand-waved a lot of the controversy by saying “Well Superman hasn’t really established his code yet. He’s not fully formed. His character will become more like what you know in future movies.” This Batman seems like the same excuse. “Oh, this isn’t normal Batman. We’ll get there.” But what kind of bizarre way to build a franchise is that?

Fenzel:  It’s Marvel backwards, and it’s made worse by the expectations Marvel has set up. It’s telling The Avengers before you tell Iron Man.

Richard Rosenbaum:  Batman using guns so flagrantly there would have been extremely effective​* if*​ he wasn’t such a psychopath in the “real life” parts of the movie. He’s haunted by the memory of his parents and visions of bat monsters, he is afraid of the world and of what he is becoming. Afraid of what HE is becoming, NOT what Superman might be.

Matt, your citing Batman Beyond is very apt. Just picking up a gun in self-defense is enough to make him quit being Batman there – it makes him realize that his time is over, and a little later Terry McGinnis, who is young enough not to fall into the desperation to win at all costs, can pick up the cowl instead.

Jordan Stokes: That’s a big part of it. He’s a man who is answerable only to himself. He doesn’t recognize the authority of the legal system. But he does answer to his own moral code. That’s an important part of the fantasy — the idea that it would be really good if there was a person out there who wasn’t constrained by all the things that, as a society, we’ve all sort of agreed to be constrained by… as long as that person is on the right side.

I think, though, that that might fall under “necessary but not sufficient.” Because couldn’t you say the same thing about Superman and Spider-Man, and also Jack Bauer? And, like, Dexter? The code that each answers to is different, but they’ve all got the “he’s a loose cannon, but he’s OUR loose cannon” thing going on.

Fenzel: I think there’s one other element we’re not talking about, which is Batman’s general acrobatics, grappling hook antics, etc.  Beyond just providing moral and character elements, not killing people with guns or other lethal weapons sets up a constraint that compels Batman to come up with creative solutions to fight scenarios. Batman is not Batman if he is not swinging around or jumping around or using climbing with ropes, or employing gadgets, batarangs, or smoke bombs, or at least something along those lines.

On a basic level, the Bat isn’t just about darkness and fear, it’s also about flying around at night, being hard to see, hanging from stuff, sonar.  I don’t think he has to use ​all​ these things, but he should use some of them in one way or another. Maybe the notion that Batman can’t kill people is also important because it grounds and justifies his baroque approach to conflict. 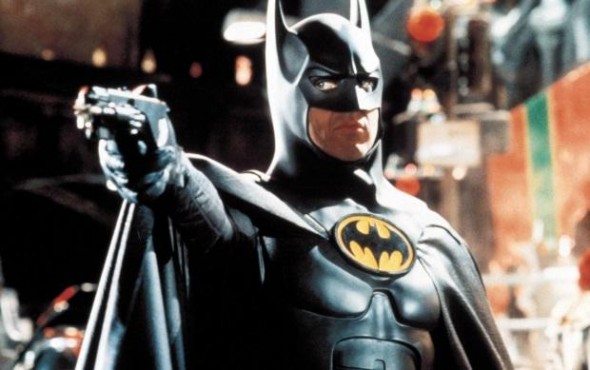 And there’s an element of ​play​ to Batman’s use of his “wonderful toys,” which is lost if he is so angry and depressed that he is mass murdering people.  Jack Bauer is never like “Society’s rules won’t let me do what’s necessary, and I have a code of good and bad that’s different from society, so I’m going to do a bunch of backflips.”

Maybe that’s part of why all the Batman rogues have to be so strange; they each have to have a deeply ingrained reason that is intuitive to the reader that they don’t just use simpler, more obvious means to commit their crimes. And then Batman has his set of reasons for why he doesn’t use simpler, more obvious means to stop them.  Frank Miller’s Batman is not the best Batman at this, but even he takes a certain amount of pleasure jumping through the air or walking on tightropes.

Belinkie: There’s a whole big facet of Batman we haven’t covered – his self-conscious theatricality. Superman isn’t trying to play a role – he’s just got someone to punch and that’s the only outfit he has that won’t disintegrate. Spider-Man is not trying to be a goofball to play a character – he IS a goofball. But for Batman, creating a sense of fear and menace is just as important as getting the job done. Batman is putting on a show every time he puts on the outfit. That makes him kind of unique. Daredevil, a close analogue in some ways, doesn’t seem to care much about intimidating people in the Netflix TV show. He spends the first season wearing a plain black outfit, because it’s the most practical option.

I think what a lot of people love about Batman is that he isn’t a guy who ends up with powers and decides to use him. He creates himself to fill a need.  Interestingly, Superman is an adversary that’s immune to Batman’s usual schtick of fear and intimidation. The Batman voice doesn’t impress him. 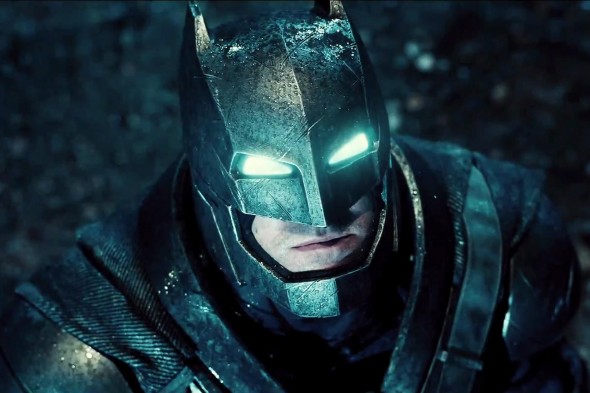 Well, he has 5 a bunch of times, but not consistently.  Although I really like the idea that the creative solutions are ​_compelled_​ by his moral code.

Stokes: Yeah, Spiderman walks around with tying-people-up devices attached to his wrists. It would be marginally ​more difficult for him to pick up a gun and shoot someone, in that he has to go through the additional motion of picking it up. 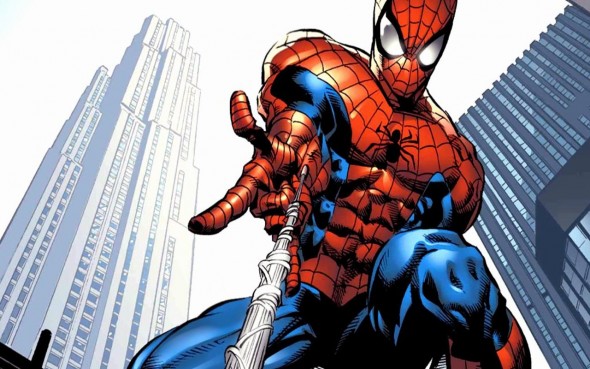 In the movies, at least, Batman’s villains have ranged from “mean guy with gun” all the way up to “several coordinated and well-supplied mean guys with guns.” Spiderman often tries overwhelming force (super-strength) and then has to get creative in order to scale up. Batman limits himself to underwhelming force.

Batman plays on hard mode, as it were.