We’re getting killed, okay? We can’t beat ISIS. You look out there, and you see Kimmy Schmidt, and she’s, it’s terrible. The apartment is terrible. Her life is sad. Pathetic. People will tell you, I build the best apartments. I build better apartments than that, ten times better. And Kimmy Schmidt is trying to make it work in the big city, and she’s got these friends, and I make the best deals in the city, I make it work in the city. and I have the best friends.

I met Mary Tyler Moore, God Bless her, and she told me, “You, you’re unbreakable.” She said that, I wouldn’t lie. And I am.

You don’t tell me that “females are strong as Hell,” okay? We are getting killed, and it’s terrible. I make the best females. Just look. Here they are. Stand up. Lovely. Beautiful.

It’s broken, and Kimmy Schmidt, you know she’s broken, but we’re going to fix it.

We’re going to build a wall.

And all that stuff, everything, all the trouble, and you’re watching Kimmy Schmidt, and she’s saying, “I don’t need you. I can do this on my own.” Loser.

Maybe it’s because I’m not politically correct, but I don’t buy it. And I make the best deals. 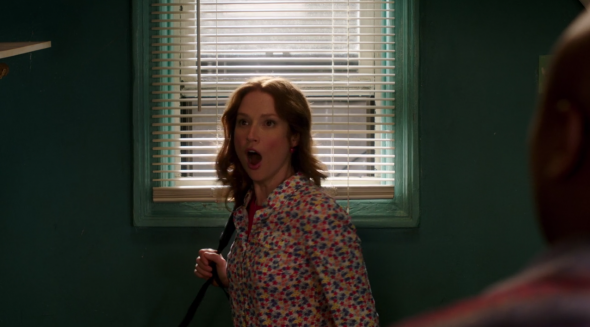