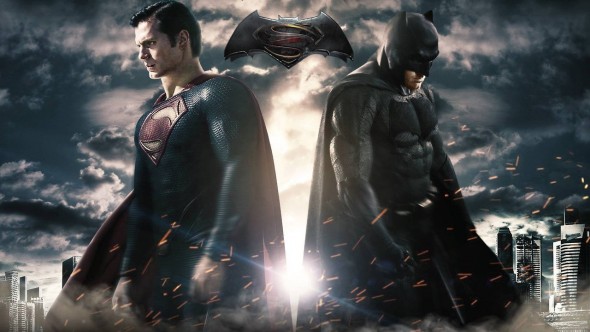 Nothing can hurt him except Krypnotite and Rotten Tomatoes.

If you’re reading Overthinking It, you probably already know if you’re going to see this movie or not. And don’t let me stop you! I’m a hateful old man who wants “geek culture” to wither like the Habsburgs. But, if this tide of critical rebuke is making you hesitate before shelling out $14 for an opening weekend seat, let me assure you: there is another way!

What if I told you it was possible to tell a story about the formation of the Justice League that was as fun as it was action-packed? Instead of two and a half hours of plodding speeches and slo-mo flashbacks, you could get two and a half hours of quips, super battles, drama, and uplift. And nobody has to die—or, at least, the deaths are tastefully implied offscreen.

I’m talking, of course, about the 2001 animated series Justice League. In two and a half hours, you could watch seven episodes of that well-acclaimed show. It’s streaming on Netflix and available for rent on Amazon Video, so you wouldn’t even have to leave your comfy couch. You can bring in all the snacks and drinks (subject to drinking laws in your territory) that you want!

Just seven episodes! But the key question: which seven?

Picking seven good episodes of Justice League was a challenge: I’m spoiled for choice! If I were looking for “merely” the best episodes, that would be one thing. But I want this list to replicate the experience of Zack Snyder’s spring blockbuster—or at least the experience critics were missing.

Reading the reviews of BvS:DTF so far, a few common threads emerge: a jumbled story leading to a titanic confrontation; very little of Wonder Woman; very little sense of our heroes’ humanity. So the episodes I selected should fill in those gaps. There is, as always, room for debate—let me have it in the comments if you must. 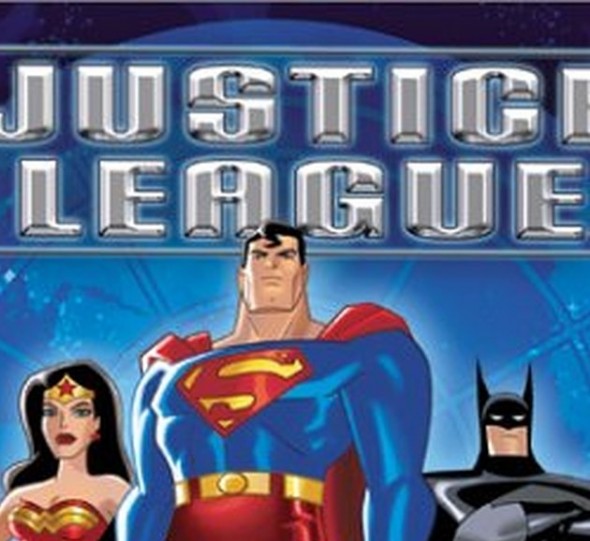 The origin of the Justice League features Batman and Superman teaming up to stop an alien invasion. Over the course of this three-episode arc, the other foundng members join up as well: Hawkgirl, The Flash, Green Lantern, Wonder Woman, and Martian Manhunter. There’s a slew of epic super-battles, plot twists, and dire escapes. And it ends with the team boarding The Watchtower, a high-tech orbital platform from which they can safeguard the planet.

This is the origin story, so of course it’s essential. There’s no Batman v. Superman brawl in this one, although it’s clear the two heroes barely trust each other. And we get the other members of the team as well!

Superman: I once thought I could protect the world by myself. But I was wrong. Working together, we saved the planet. And I believe that if we stay together, as a team, we would be a force that could truly work for the ideals of peace and justice.
Flash: What, like a bunch of Super-Friends?
Superman: More like a Justice League.

Wonder Woman returns to Themyscira, her mystically obscured home, only to find every Amazon on the island turned to stone by the magic of Felix Faust. Faust holds her family hostage until she can retrieve three artifacts that he needs for a certain evil benefactor. Wonder Woman reluctantly brings on the Justice League to help, making them the first men to visit Themyscira in eons.

These episodes make up Wonder Woman’s apparent dearth of screen time in Batman v Superman. They also highlight her mystical origins and the strict traditions of her home. Plus, Superman punches a god! That’s always fun.

The Flash: Picture it. The sun, the sea, hundreds of women just like her running around, and me, the first man they’ve seen in … maybe forever? Oh, and look what I brought. Iced Mochas for everyone. Sweet.
Martian Manhunter: I fail to see the attraction.
The Flash: Man, you really are from Mars.

Lex Luthor gains control of a mad inventor’s final project, “Amazo” the android, capable of duplicating the powers of other superhumans. When Luthor pits Amazo against the Justice League, it copies their powers and fights them to a standstill.

I picked this two-parter because it combines the pathos of Luthor dying from Kryptonite poisoning with the evil of his manipulating the childlike Amazo. Martian Manhunter has a similar awakening in this episode, after being telepathically traumatized by the collective selfishness of Metropolis.

The heroes triumph (spoiler alert!) not through superior firepower, but through superior virtue and reasoning. The best Justice League episodes are built this way. As cynical adults, we tend to think of “good conquers all” stories as simplistic and childlike. But grim tales of strength triumphing over weakness, though “darker” and more “adult,” are actually easier to tell. We expect strength to rule the day. We see it on the news all the time. Telling a convincing, entertaining, and engaging story where virtue triumphs is hard!

Luthor: Let me tell you a story. It’s about a young man whose dream was to build a great empire. He succeeded, but he lost it all because of seven very bad people: Hawkgirl and her friends. The Justice League.
Amazo: The Justice League.
Luthor: That young man was me, of course. And now I have another dream. It’s to take back control of that empire, and then when the time comes, I want to hand it down to someone who will continue my work. The son I never had.

Just as Snyder already has plans for an “Ultimate Edition” of BVS:WWE, we’ve curated a whole hour of extra-footage of Justice League for superfans. “The Savage Time” sends the League back to WW2 to stop time traveler Vandal Savage from leading the Third Reich to victory.

The Y7 requirements of a children’s cartoon are felt most strongly here: despite fighting German soldiers in WW2, no swastikas are visible, and (unless I completely misremember) neither the words “Nazi” or “Hitler” are ever used. But there’s still plenty of Golden Age action: Superman throwing tanks around, Wonder Woman meets Steve Trevor, and Green Lantern teams up with Sgt. Rock and Easy Company. 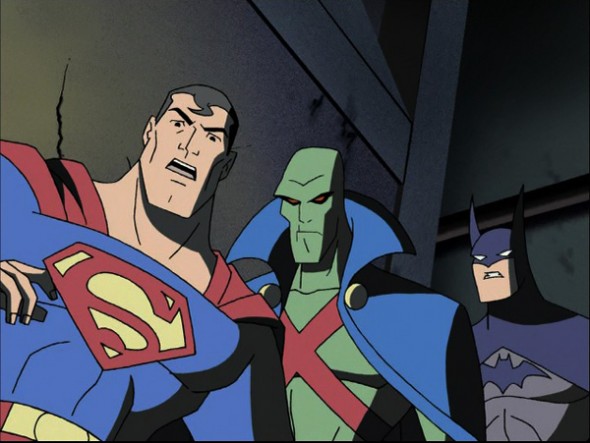 The cartoons may not stack up to this spring’s superhero epics in terms of budget, or deific references, or plodding bass-heavy soundtracks. But they show how much action is possible while still telling a fun, uplifting story involving our pals Superman, Batman, and Wonder Woman. And I have a feeling that, five years from now, when we’re another 8 movies into the new DC cinematic timeline, we’ll want to be reminded of that. 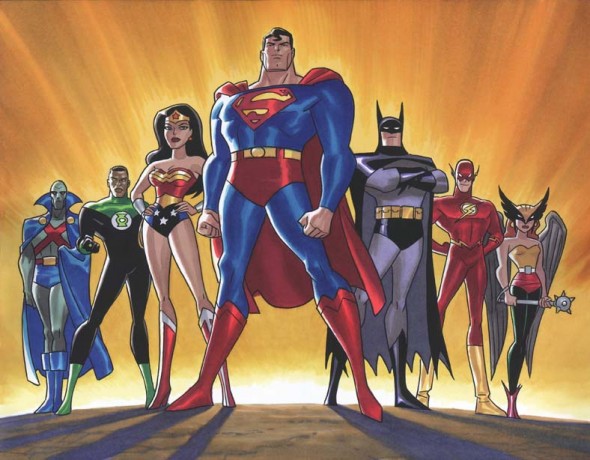