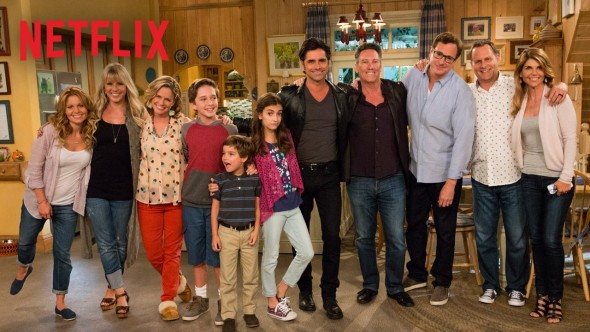 Rachel D.:  So I watched the Fuller House trailer. The trailer bills the show as “the family that was a part of your family.” I watched Full House as a kid, and even as a kid, I remember thinking the show was definitely bad and not funny. And yet I watched it anyway, mainly because I was allowed to watch rather than because I wanted to.

Which prompts me to ask-if I don’t have any nostalgic interest, then who does?What is the appeal of a show like this today for anyone familiar or unfamiliar with the show?

Stokes:  I thought of Full House as a show for younger kids. I would watch it when it came on after something I actually wanted to watch.  I don’t remember a time where I thought it was actually good. (My mature, sophisticated sitcom of choice was Saved by the Bell.) 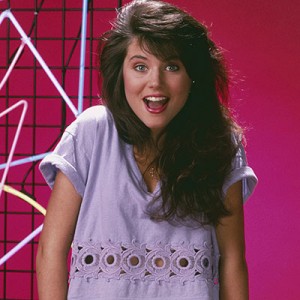 Rachel D.:  Saved by the Bell was at least aspirational. I had a lot of hope I’d grow up to look like Kelly Kapowski because I had brown hair and a round face. It didn’t occur to me that you basically look like yourself when you get older. I truly thought I’d grow into Kelly’s face.

But I agree that Full House was a show to be tolerated.

Fenzel:  There was definitely a lot of Full House love in my home growing up. I remember liking Dave Coulier a lot as a child and thinking he was funny. But I also remember being happier when Family Matters came on afterward. It felt like a progression to a show that felt more in my wheelhouse. I think Jordan is right that Full House skewed younger, that might be part of it why it was on earlier.

I mean, when one of your signature jokes is a small child giving a thumbs up and saying “You got it, dude!” … What age is that joke for? Six? 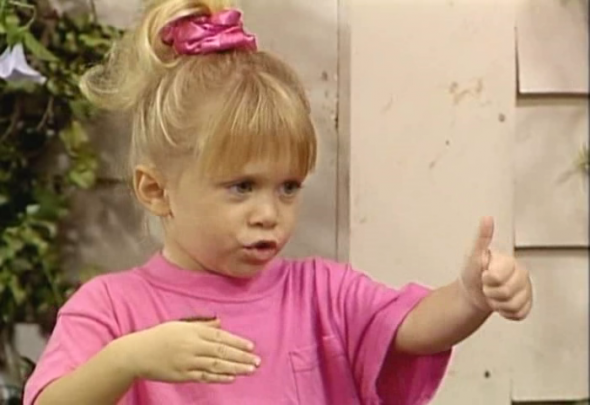 I also remember there being multiple half hour shows I watched with my family where parts of them I just found intolerable. It was common for me to run from our kitchen, where the TV and dinner table were, into the living room, to basically hide my face in the couch until I guessed the terrible part was over and then I would come back.

The idea that a half hour show that had five or ten minutes that I refused to watch was still all in all worth watching is really absurd in retrospect. I identify with Rachel saying she watched it because she was allowed to – that the choice of what to watch wasn’t based on preference or enjoyment.

Rosenbaum:  Same here. I watched it basically because it was on, it was that show that you had to endure to get to Perfect Strangers.

Stokes:  The age bracket for the “you got it dude” joke is “parent.” If I could get a video of my son doing that, I’d definitely watch it for 30 minutes a day. I think the only way to make sense of Full House — especially the early seasons when Stephanie is still “the cute one” — is to think of it as pitched primarily to the people who own the TV. Because all for-kids-about-kids media aims at a demographic that’s younger than the demographic that it’s about. Seventeen is for 13 year olds. Saved by the Bell is for middle-schoolers. And so on.

Who’s younger than the Olson Twins? Is ​Full House​ a sitcom aimed at late-term fetuses?

Or is it about packaging cuteness for bored and lonely adults: the cat gif of the pre-internet era? 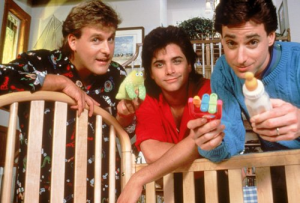 Sheely:  I think Jordan is right that the show is packaging cuteness for adults. But is it for bored and lonely adults without kids, or for parents who barely feel like they’re holding on?

As I remember, the core premise of the show is this newly single dad and two other dudes being barely equipped to raise three girls.

So the idea is that no matter how overwhelmed and in-over-their-heads newish parents are, Danny Tanner and the Uncles Jesse and Joey are much worse off in a way that provides both comfort and a bit of “I’ve been there.”

That also explains the purpose of the reboot and the timing… all of us who were kids during Full House 1.0 are becoming parents one-by-one, and now we need that release valve/support system.

There is something so dark about the premise of Fuller House, though… the premise is that D.J. Tanner’s husband just died and she has to raise her three sons on her own. While the exact parallelism to the first series is kinda cute, it gets more fucked up the more you think about it. D.J. had to live through the death of her mom, and THEN has to see her husband die in a very similar way. It would be more fitting if this go-round it was a dark, paranoid psychological thriller.

Belinkie:  There’s a strange divide between the tragedy of the premise and the lightness of the actual show.

Rosenbaum:    The parallels from one generation of this family to the next are almost Back-to-the-Futurian.  Fuller House, Girl Meets World…are sitcoms the new multigenerational epic novels? Is “epic comedy” a thing?

Stokes:  If anything, these feel like a fictional genre of literature from the Star Trek universe, “The Cardassian Repetitive Epic,” which tells the story of many generations of a single family. In each generation, the central character sacrifices him/herself for the greater good of Cardassia in ​exactly​ the same way.

Belinkie: But man, there’s a difference between making a show with nostalgia appeal and making a show that seems like nostalgia is the only reason for its existence. Watch this teaser. If you didn’t already love Full House, why would you be remotely interested?

Sheely:  Like Rachel and Pete, I know intellectually that Full House is not a great show. But in watching this, it definitely triggered an emotional response for me. It was almost something a little deeper than nostalgia, which I think of as “Oh, hey, remember that thing?” It for me evoked something more like familiarity… that feeling I get when I go to my parents’ or grandparents’ house.

Belinkie:  I am ashamed to say it did that for me too, a little. Just that shot of the set. It’s like, “Oh my God, it’s the Full House set.” We use the phrase “bringing a TV show back from the dead” pretty casually, but that’s what it feels like. Just the fact that it exists makes you do a double take.

Stokes: The basic impulse, “bring back that thing from my childhood,” is not a new one. Star Wars and Indiana Jones ran on the same logic. (As did The Flintstones, in its way, on a more compressed time frame.) As did, perhaps, Nick at Nite? But the idea that it’s a new iteration of the same intellectual property, that does feel new.

Belinkie: But how far will nostalgia take you?  What’s an example of something that succeeded due to nostalgia, and not quality? 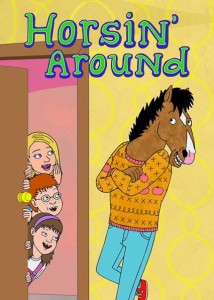 Sheely:  I think that “success” is an interesting question for Netflix originals, since they aren’t really subject to ratings pressure, and they can benefit from showing up right there at the top of the carousel when you open Netflix, day after day. The likelihood of throwing on one episode while doing housework is pretty good, and then “success” is basically binging through the 12 episodes.

I think it is funny that this is on the same roster as Bojack Horseman, which contains a pretty dead on parody of Full House (Bojack’s old show, Horsin’ Around).

Rachel D.: With Star Wars, there were a lot of complaints (and compliments) about the reboot- that the plot was a rehash of the original and that we were watching the same story again. And I would consider Star Wars a “success”.

But Star Wars is a property with stronger fandom and emotions. To those who love the property, it may be sufficient to essentially pass the story down to the next generation.

Fuller House feels like a weird desire to cloak ourselves in more innocent times, before the Internet had yet to totally pervade and complicate our lives.

Stokes:  Yeah, with Star Wars, it’s like: “Ooh, New Star Wars! I hope it’s as good as the old Star Wars!” Whereas a new Full House that’s merely ​as good​ as the old Full House would be hands-down the worst sitcom on current television.

Belinkie:  That’s an interesting point. On the one hand, selling the idea of the old Full House is their whole strategy. But I’m pretty sure people don’t actually want the old Full House. It has to evolve somehow. 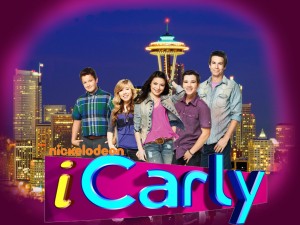 On the other hand, ever see a Disney Channel or Nickelodeon sitcom? They are basically making new Full House episodes on a daily basis over there, laugh track and all.

Sheely:  So, maybe Fuller House is essentially a Disney/Nick sitcom that parents will be marginally more interested in watching with their kids, as the nostalgia makes it preferable to say, iCarly?

Belinkie:  So you’re saying that adults are not the target audience, but sort of a secondary audience with power over the remote?

Sheely:  Or what adults are consuming is both the show and be ability to have “family time”. So maybe what Fuller House is actually nostalgic for is that time when families watched TV together, as opposed to each family member streaming whatever they want to watch piecemeal.

Belinkie:  That makes how Fuller House handles the family dynamics of 2016 super important. It’s holding up a mirror (maybe a funhouse mirror) to the audience.

Rachel D.:  So Fuller House continues to pose the fundamental question that was asked again and again in the original-“Whatever happened to predictability?”

8 Comments on “What Ever Happened to Predictability? Nostalgia and the Full House Revival”