Neko Atsume is a casual smartphone game of Japanese origin that’s ostensibly about tending to a menagerie of cats. It has a lot of familiar gameplay elements—taking care of creatures, an in-game marketplace for buying stuff for said creatures—but what sets Neko Atsume apart from other similar games is its lack of built-in structure and incentives. There’s no real way to “win” or “lose” the game. Failing to tend to your cats brings no negative consequences in the game, other than an empty yard without cats. Lavishing cats with gifts and expensive food is rewarded only with currency for buying more stuff for cats, which in turn is rewarded with the continued presence of cats and the occasional odd “memento,” which is what the game affectionately calls random bits of garbage that cats bring into the house. 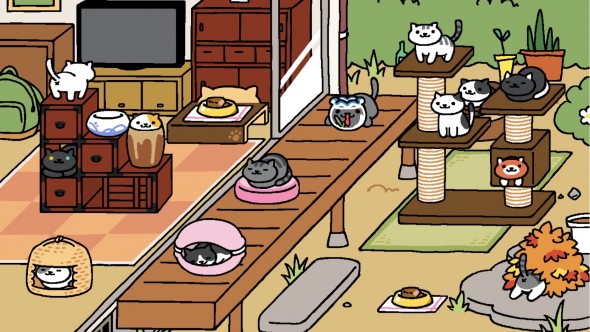 I know all of this doesn’t sound particularly compelling, but this open-ended play has turned the game into something of a cult phenomenon. I, too, have been taken in by the game’s charms. But beyond cooing over the likes of Snowball, Pumpkin, and Marshmallow, I started to obsess over the loose suggestions of an in-game economy. What’s going on here? What’s the value exchange between me and the cats? For a while, everything seemed like a mere jumble of gaming concepts wrapped up in Japanese cuteness, until it hit me: Neko Atsume is a metaphor for employee recruitment and retention as it’s practiced in Silicon Valley and other American workplaces in highly competitive labor markets.

Allow me to explain.

The cats are a labor force. They’re pampered employees at a tech firm or other “knowledge economy” company that feels the need to provide employees with on-the-job “perks” above and beyond the usual vacation days and health insurance. You, the player, are the HR Director, Chief Motivation Officer, Happiness Guru, or whatever new-agey title that’s in vogue these days. It’s your job to keep employees happy with…food and toys.

Top talent in Silicon Valley won’t settle for pizza parties and Folger’s coffee—they expect on-premise, completely free Indian restaurants and all-you-can-drink espresso made from freshly-ground, locally roasted, single origin beans. Likewise, the cats in Neko Atsume are sensitive to the quality of food you provide to them. Common cats will come to the yard for the cheap stuff, but rare cats (top talent) only come out for deluxe tuna and sashimi. The most expensive option is 60 times more expensive than the cheap stuff (putting aside the cost-free “thrifty bitz” for a moment—we’ll come back to it though). 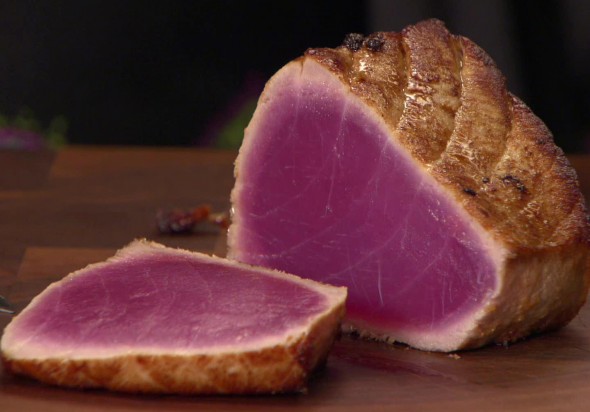 The same goes for in-office toys. If your office is like mine, your options for blowing off steam are limited to pacing up and down the hall or trash-can basketball. Silicon Valley firms supply everything from now-cliché ping pong tables to elaborate gyms, video game rooms, and music rehearsal studios to keep employees on their premises for as much of the day as they possibly can. In Neko Atsume, you start off providing simple diversions like plastic bags and rubber balls for your cats, but eventually fork over thousands of units of currency for a “cat condo complex” and a “Japanese-style heated table made just for cats.” All to attract and retain your best cats.

But what do the employees/cats provide in return? Human employees’ work products—whether they’re fresh produce or lines of code—must be sold to customers in order to realize value in the form of revenue. The Neko Atsume economy skips this step; the time that cats spend playing in the yard (as a result of the food and toys you’ve provided them) leads directly to revenue for the firm. The game even provides you a nice balance sheet summary that shows revenue generated by each cat and what toys they used (a Key Purrformance Indicator dashboard, if you will). 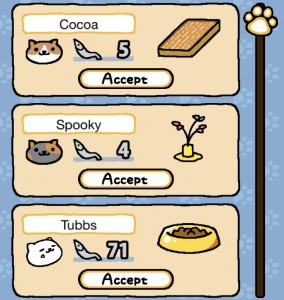 As mentioned earlier, employees do offer oddball gifts to show their appreciation, but their value is purely sentimental. In some instances, it’s literally worthless trash (“used hand warmer” and “plastic container covered with bite marks” are two of my favorites). They represent no value to the firm and can’t be used to buy anything in the marketplace. It’s the equivalent of the HR director getting a holiday card from a coworker: a nice gesture, but ultimately worthless. 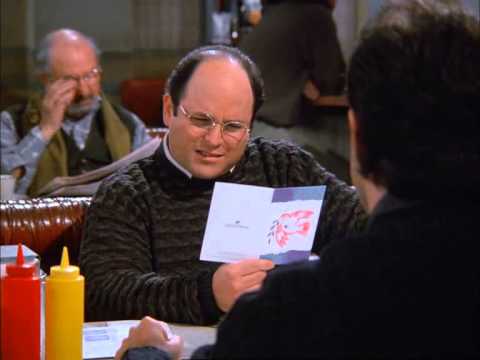 “A generous donation has been made in your name to the Human Fund.”

But what happens if you stop making these investments? What if you just put out the cheap food and take away the expensive toys? The cats produce less revenue, or they just stop showing up altogether. Which brings me to the thing that makes Neko Atsume such a great metaphor for a labor force: cats, like modern employees, have no loyalty. Cats don’t form the same emotional bond with humans that dogs do, which is why they just leave when conditions become insufficiently luxurious. The game doesn’t indicate where they go, but presumably they’re hanging out wherever they can feast on sashimi and lounge in elaborate art-deco play structures. Likewise for human workers: in spite of those lavish perks, they feel little loyalty to an employer and will pick up and leave for a better offer in a heartbeat. There’s even a growing perception among younger workers that staying too long at a single company is a sign of stagnation.

Admittedly, this metaphor starts to break down when you get past this analysis of perks and recruitment/retention. In Neko Atsume, all revenue goes back into food and toys (employee perks). In a human company, a firm has a lot of costs to cover with revenue: labor (base salary, not perks); overhead (recurring rent payments); shareholder compensation; etc. In Neko Atsume, there are very few things to spend revenue on other than food and toys. You can purchase a one-time space expansion, and you remodel that space, but there are no recurring costs that you have to cover with your revenue. Either kitty litter is free, or the cats just go to the bathroom wherever they please (which would be in line with this interpretation of the game as a post-apocalyptic, cat-dominated future dystopia). You can keep feeding cats an infinite amount of “thrifty bits” at no cost (apparently there is such a thing as a free lunch). There’s no churn in the labor market; old cats never retire, and new cats never arrive to either take the place of old cats or to increase the size of the labor pool. You can’t feed cats with stock options (that you later devalue so that your investors get a larger cut of profits).

Am I the only one who would actually want to play a version of Neko Atsume with these features? Probably so, but perhaps there’s no need for a simulation when iPhone apps are used every day to facilitate actual labor markets, albeit those that treat their employees less like pampered cats and more like lab rats in a social engineering/economics experiment.