Like the rest of the world, we’re spending our holidays continuing to discuss every aspect of Star Wars: The Force Awakens. We kicked things off with the biggest unsolved mystery in the film: who is Rey’s mom?  Lots of spoilers and speculation follow.

Matt Belinkie: So guys, there are a few prevailing theories about Rey’s family tree. She could be Obi-Wan’s granddaughter. She could be Leia and Han’s daughter, who everyone believes was killed when the Knights of Ren destroyed Jedi Academy. But the most popular theory seems to be that she’s Luke Skywalker’s kid. I like this theory, because it raises all kinds of interesting possibilities about who the mom is. So let’s speculate! Who is Luke Skywalker’s wife/girlfriend/baby mama? 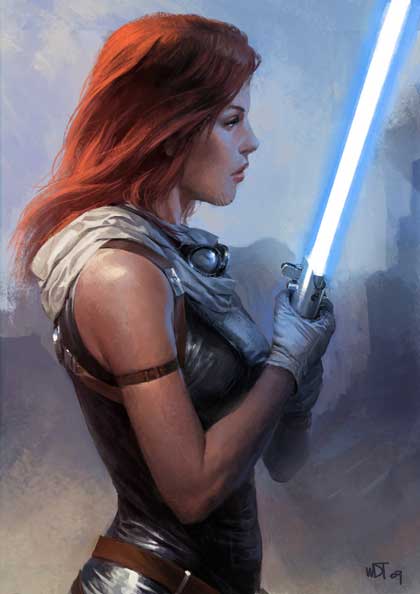 Pete Fenzel: The simple old-school answer is Mara Jade, a major character in the post-Return of the Jedi extended universe novels. She’s sometimes good, sometimes bad, and a bunch of plots in those stories add up to a meet-cute romantic comedy where Luke and Mara are assigned to the same mission and don’t get along, until they realize they’re in love and get married.

The disadvantage to this is Mara Jade is not, to my knowledge, mentioned in the movies at all, and Luke seems well past his “goes a-courtin'” years, so we would never see her and Luke meet and fall in love, and we’d only hear about it either from a sad speech from Luke, or another random character, or from her force ghost, or she’s going to show up in a future movie all afresh and they’ll have to explain who she is, which seems kind of tedious and arbitrary, although it would be fan service.

Mara Jade is force-strong and in the books eventually becomes a Jedi Master. But of course that whole continuity is wiped clean now, so does J.J. really want to pull something this significant from it? 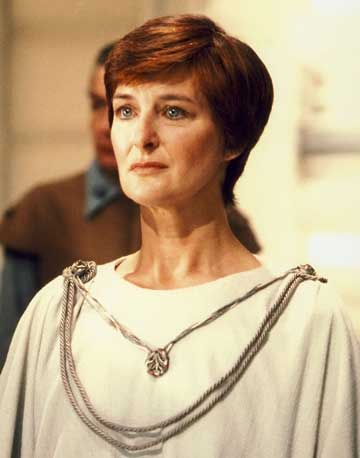 Belinkie: There aren’t a whole lot of non-Leia female characters in the original trilogy, so I’m going to assume it’s Mon Mothma, the leader of the rebel alliance. It kind of makes sense. She’s a political leader, he’s a religious leader. Power attracts power. Plus they’re working a lot of late nights together. Things happen, you know?

Fenzel: Rey does kind of look like Mon Mothma, so that isn’t the worst idea. In The Force Awakens, it’s mentioned that Rey can’t leave Jakku because she’s waiting for somebody to come back, but from the way she acts, it seemed more to me that she was specifically told not to leave by somebody in a position of authority. Anybody who would bother mixing it up with Luke Skywalker is probably a powerful woman, so that doesn’t tell us much, but Mon Mothma was powerful.

Belinkie: And Mon Mothma is absent from The Force Awakens-era Resistance, even though the actress is still alive and well. Now of course it makes sense that Leia has taken over by this point, but they could have easily showed her with the New Republic guys right before they were vaporized. So her absence from this film could be a clue.

At first I assumed that because you can’t make Mark Hamill look 20 years younger, we wouldn’t ever see this woman, but now I think there are ways to get around that. Maybe Luke’s out on a recruiting mission when Ben Solo snaps and kills everyone, leaving Mrs. Skywalker just enough time to send lil’ Rey off with lil’ Max Von Sydow before getting mowed down. It actually makes sense that Snoke would make his move when Luke is gone — no way a teenaged Kylo Ren gets away with whatever he did otherwise. 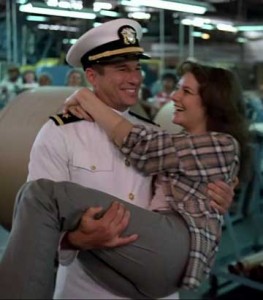 Last week I would have said that Star Wars doesn’t do flashbacks. But they kind of did in The Force Awakens a little bit, right? I don’t think it’s out of the question that we see more backstory.

But let’s assume that Rey’s mom is a new character. Who would you invent to be Luke’s sweetie? What about a high school crush from Tatooine? He returns after the Battle of Endor a big damn hero, finds her still working a dead end job sweeping floors at Tosche Station and sweeps her off her feet. It’s like the end of The Last Starfighter, or A Jedi and a Gentleman. 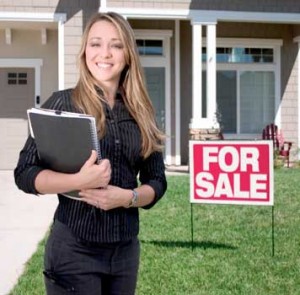 Fenzel: She’s a luxury real estate broker in the Republic whom Luke slept with when he was scouting out sites for his new Jedi academy. Their season together was a big deal for him, but for her, well, he was nice, but he lived far away, and she was busy and didn’t really intend to settle down, but they stayed friends. She got pregnant and planned on buying nanny droids and whatnot, but then she realized she had to face the reality the kid was going to be a force user. So she sent her to live with Luke, who sadly raised her alone with only occasional holovisits.

Mom escaped obliteration since she was selling a villa on Endor, but in Episode IX the Even Even Bigger Death Star is going to definitely kill her if Rey doesn’t save her. 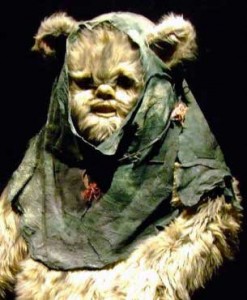 Belinkie: After the Battle of Endor, all the Rebels have a crazy Yub-Nub party long into the night. Luke is hitting the fermented berries particularly hard because of the death of his dad. He wakes up in bed with the chief Ewok’s daughter, which almost gets them all slaughtered were it not for the skillful negotiations of C3PO, who offers to tell them more stories in exchange for sparing their lives.

But Luke then finds that he actually likes the company of this Ewok girl, Shodu, who introduces him to the uncomplicated pleasures of the natural world. Much to Leia’s dismay, Luke elects to spend the next few years on Endor, building tree forts and hang gliders and levitating the village’s youngsters if they get all their chores done on time. 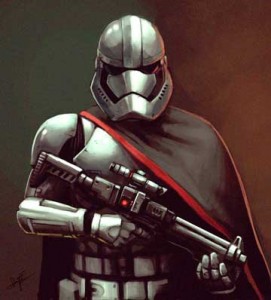 He did not, however, expect that Shodu would get pregnant. The human-sized baby threatens to kill her, and so Luke brings her off-world to a medical ship for an Ewok C-section.

You know what you call an Ewok C-section? (I will accept either “An E-section” or “A Little Caesar.”)

Belinkie: My current pet theory is that Snoke’s hologram looks nothing like the real Snoke. In fact, the real Snoke is a woman: Luke’s wife and Rey’s mom, who succumbed to the Dark Side in a big way and was the one who corrupted Kylo Ren and ruined everything. The only problem with this theory is that after the initial shock of the reveal, Episode VIII becomes an awful lot like Episode V.

“ Skywalker never told you what happened to your mother.” 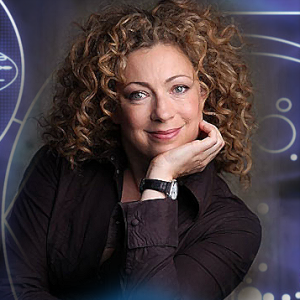 Fenzel: I was thinking the same thing. That would certainly explain the Saved by the Bell Effect of all these people being in the same place at the same time for all these important events.

Jakku wasn’t just a battle. It was a divorce.

Jordan Stokes: I think you are all overlooking the one hard fact that we know about Rey’s mother: if Luke is really the father, then her mother must be OVERWHELMINGLY British. Like, several degrees more British than Obi-Wan was in Episode I. So I’m putting my bet on “misplaced companion of a Time Lord.”

3 Comments on “Who Is Rey’s Mom in The Force Awakens?”