The following was originally presented as a multimedia monologue for Swiftly Tilting, Fine Line Comedy‘s satire show, on July 30, 2015.

You are a pilot. You are an elite pilot, the son of an elite pilot, one of your nation’s best. You captain a squadron of elite pilots. When your home is invaded by the high-tech armies of an exiled scientist, you and your squad suit up and take to the skies.

The U.S. Navy sets the bar for “ace” at five kills or higher; you regularly net ten times that number, personally, on each mission. Your missions carry you deeper and deeper into enemy territory. The forces stacked against you multiply the farther you get from home.

Finally, you face the evil mastermind on his home turf. Piloting your vessel through his vast fortress, you evade rival pilots, obstacles, and countermeasures. But in the heart of the fortress, lies a vast, impossible gulf of swirling color. And emerging from this gulf, dwarfing your lone ship, is a giant metal face.

This vast creature matches your speed, despite your attempts to strafe it. It launches a torrent of shrapnel at your ship. And then, just when you’re ready to fire a missile down its grill, it starts to suck. Literally.

Unless you redline your retros, deploy all wingflaps, and get lucky, this nightmare inhales you into its lightless maw, chews you – who built this as an engineering feature? – and spits you out.

Does this sound terrifying? Because it was certainly terrifying to a 12-year-old boy, playing StarFox alone in his basement at nine o’clock on a school night. I was always the sensitive type – the last of my peers to see R-rated movies, the last to try beer, undoubtedly the last to smoke weed. But this shook me in a way that no video game had to that point. I lay awake most of the night, visualizing one horrific death after another. 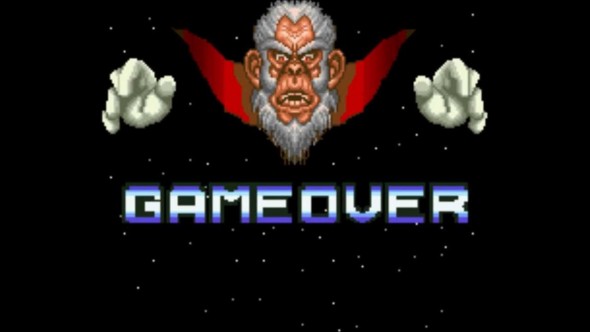 Losing repeatedly to the final boss in Star Fox exposed me to a fear that I never knew I had, a fear I would never have had cause to discover in the real world. Thalassophobia is the fear of being in the ocean, or any vast body of water. I’m fine with the ocean itself, and was just swimming off the coast of South Carolina a week ago. But thalassophobia also includes fear of large creatures in a body of water, or any vast medium. It’s not the floating that bothers me; it’s what’s floating in there with me.

1996 brought Shadows of the Empire, a Star Wars first-person shooter, to the Nintendo 64. Late in the game, your protagonist sneaks through the sewers beneath a galactic crime lord’s palace. The final boss of this stage is a multi-eyed alien the size of a blimp that you have to fight underwater.

I beat that stage, and the entire game, once. But no amount of encouragement could convince me to give the game another go. That’s not fair: I played it multiple times, beating the ice planet Hoth, the junkyard planet Ord Mantell, surviving the duel with Boba Fett, braving the Imperial freighter, all of it. Everything up to the sewer level.

My fears aren’t limited to console games. In 1998, Valve released Half-Life for the PC. In this groundbreaking first-person shooter, you controlled a lone scientist, trapped in a secret research facility besieged by aliens from another dimension. After fighting your way free, you enter the portal these aliens came from and take the fight to them. Your final challenge is the Nihilanth, a giant, floating, deformed, psychic baby. Note that this battle doesn’t take place underwater: the Nihilanth merely hovers above you, impossibly, launching purple energy at you until you die.

None of these are menaces I’m likely to encounter in real life. Hordes of gun-packing terrorists, car chases with drug gangs, criminal hackers with neon jackets: the hours I’ve spent virtually killing them will one day pay off. But these are impossible creatures. If giant eels exist, like one of the lesser enemies in Super Mario 64, they are not likely to lie in wait for me.

Where does this fear come from? Imagine being suspended in water or air and being pursued by a giant, hostile, non-rational creature. Running won’t help: the best you can manage is an awkward paddle while this predator glides through its native medium. There’s nowhere to hide, either: hiding is a two-dimensional concept, and you’re on a three-dimensional battlefield.

Ultimately, my fear of large, floating creatures comes from the primal fear of helplessness. These are the fears of being trapped, impotent, or overwhelmed that we all dwell on. You’re lost in a city where no one speaks your language. You’re running in a nightmare and your feet sink into the ground like wet sand. You’re mining asteroids for power crystals when a giant robotic wolfhead screams, “BEWARE, I HUNGER!”

I know this is a fear, and I know that it will only get worse. So why, knowing that, do I play these games?

I’d like to pretend it’s a quest for self-improvement: that by conquering my fears in miniature, on a hi-res screen opposite my couch, I can build the psychic muscles to conquer them for real. It’s a flattering story, but it’s bull. Evading the cops in Grand Theft Auto makes me no better of a driver, and evading the mirelurks in Fallout 3 made me no more comfortable with the murky depths. 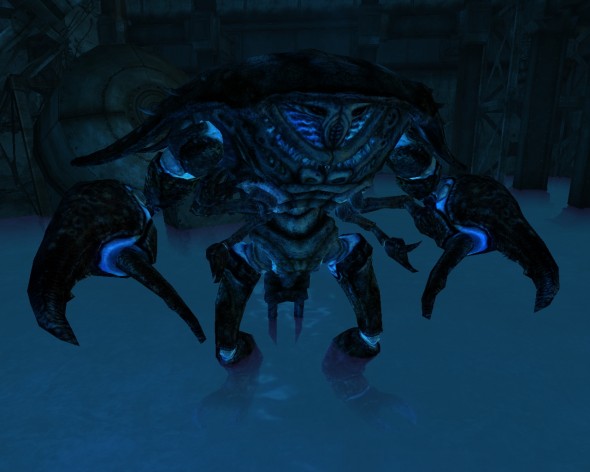 Part of it is naivete. I don’t know when a videogame is going to throw some underwater boss or floating monstrosity in my path. All I can count on, given the steady improvement in graphics and sound with each new console, is that it’s more likely to happen in each new game.

In the end, stubbornness drives me more than anything. I don’t play a lot of video games, so I’m unwilling to discard the few I buy if they might scare me. So, sure, when the sharkfin breaks the surface of the water in Far Cry 3, my heart will race and my palms will go clammy. But I can grit my teeth, steady my breathing, and empty an AK-47 mag into the water until the predator stops moving. Then I can dive into the water, chanting “oh shit, oh shit, oh shit”, while I skin the shark to make a wallet. I do this because, as painful as a near-to-life confrontation with a giant shark can be, returning a highly entertaining game because of one tense encounter would pain me more.

And maybe there’s a lesson there. Read the stories of Medal of Honor winners, or first responders who save lives against the odds, and they’ll rarely talk about inspiration. They usually felt like they had a job to do, or an obstacle to overcome, and plowed ahead regardless of what bothered them. Perhaps it’s that willingness to march into the wind and tide that makes a hero, not some crusading mindset. Maybe, by defeating these video game opponents, I could be the greatest hero of– 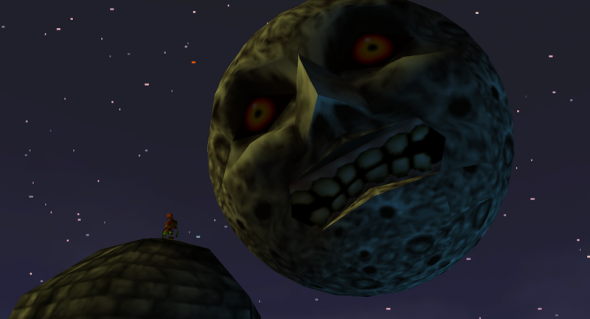