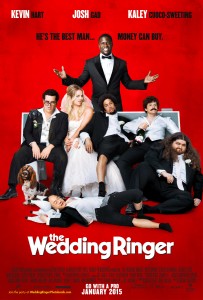 The Wedding Ringer, a 2015 comedy starring Kevin Hart and Josh Gad, isn’t very memorable from an artistic perspective, but I did want to address the premise of this movie before it fades permanently from the zeitgeist.

Quick (spoiler-free) synopsis: the titular character sells “best man services” to grooms whose lifetimes of social inadequacy have left them unable to find a single friend to take on the role. At a minimum, he’ll play the part of the best man. On the other end of the spectrum, and for the right price, he’ll also provide a whole entourage of groomsmen.

Completely unrealistic, right? I mean, how could anyone, much less a guy who looks and acts like Kevin Hart, manage to pull this off and not get caught? Especially given the way that wedding photographs spread across social media these days? A completely legitimate concern–one that I’ll address fully later in this piece–but I thought it would be a fun thought exercise to determine if this line of work would be even remotely feasible. Turns out, the answer is…maybe, as long as you apply heavy doses of suspension of disbelief.

In the movie, Kevin Hart’s titular character lives in Los Angeles. I don’t think it’s mentioned in the movie that he’s worked outside of the city, so let’s assume that all of his work is local. In April 2013-March 2014, there were 62,565 weddings in Los Angeles county. Let’s make a conservative estimate and say that only 5% of those weddings entail a best man AND involve a groom who’s wealthy enough to afford the specialized services of a wedding ringer. Now, let’s assume that, of that 5%, only 5% of THOSE weddings involve a groom who’s desperate enough to need the services of a wedding ringer. That works out to a potential market of 157 weddings per year.

So far, so good. That’s more weddings than there are weeks in a year. But the wedding ringer doesn’t want to spread himself out too thin, given the amount of preparation involved for each gig. Let’s assume that he works 30 out of 52 weeks of the year (this is Southern California, so there’s no such thing as wedding un-friendly weather) and that he averages 1.5 weddings per weekend. That comes out to a total of 45 weddings per year, or less than 1/3 of the total number of prospects in a given year. It feels intuitively doable, especially if he has little to no competition (none is mentioned in the movie). Now, let’s assume that his net profit (after expenses) for each wedding is $5,000. That works out to a total of $225,000 of annual income, which feels more than appropriate for a job that requires a special set of skills in a major US metro area. 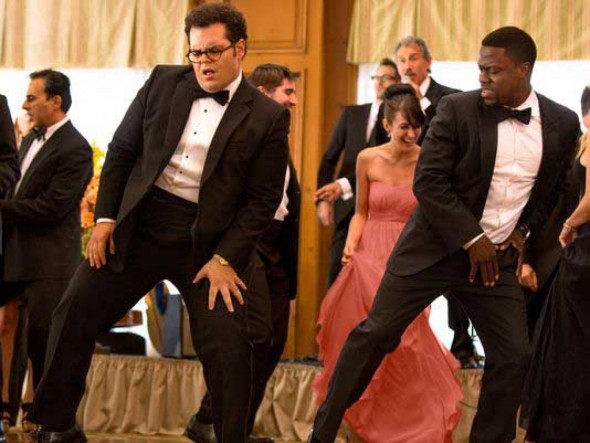 Now, about the risk of the wedding ringer’s cover being blown. It seems like a huge risk, because it is. All it takes is one wedding guest who’s seen him at another wedding, under another identity, to blow his cover. Actually, it takes less than that. All it takes is one Facebook friend of a wedding guest who’s seen him at another wedding to blow his cover. The movie does the bare minimum of explanation for this: it shows multiple pictures of the wedding ringer wearing different wigs for each wedding he goes to. To accept this, we have to apply a heavy dose of suspension of disbelief and accept that the crappy wigs are actually enough to prevent recognition, particularly on social media.

We also have to fill in one of the gaps that the movie didn’t address: before taking any gig, the wedding ringer would need to run each guest list against all previous guest lists for weddings he’s attended to ensure that no guest has seen him before.

When I first realized this, I thought that this had to present an insurmountable obstacle to his business. But let’s try a back-of-the-envelope calculation to understand the implications of this. According to the US Census, the total population of LA County in 2013 was 10,017,068. Let’s narrow that down to the adult population of the richest 5% of LA: 384,656. Let’s further narrow that down to the 48% of adults who will attend a wedding in a given year: 184,635.

The most recent US wedding survey indicates that each wedding has an average of 138 guests. Let’s assume that, for each wedding, 75% of those guests, or 104, are local to LA County. At 104 guest per wedding, the richest 5% of LA County can result in a maximum of 1,003 weddings with completely unique invitation lists. That’s 1,003 out of 3,128 of the richest 5% of weddings in LA county.

In other words, whenever the wedding ringer sizes up a potential customer, at the point of checking the guest list, there’s a fairly high chance that there’s at least one guest who’s appeared at one of his previous weddings. So that 1/3 conversation rate we came up with earlier starts to look a little more challenging to pull off, given that he has to contend with the guest list restriction along with the general uncertainty of winning business from any groom. More challenging, but still not impossible, especially when looking at the $225,000 earnings we computed. If he only managed to pull in half of the business we estimated earlier, he’d be taking home $112,500 per year, still a respectable amount of money.

Things would probably get much more difficult after the first year, as the challenge of finding an entirely unique guest list only grows over time. Each time he presents himself to a room of wedding guests, he closes off dozens of potential future weddings, and this problem just grows and grows over time. (I don’t have the math chops to quantitatively model this, but if you do, I’d love to see you weigh in on this in the comments.) And even if you put a lot of faith in the power of those wigs, there’s no amount of movie logic that can make those wigs 100% effective. Facebook will eventually betray him.

But keep that disbelief suspended for just a little bit longer–we’re almost done. 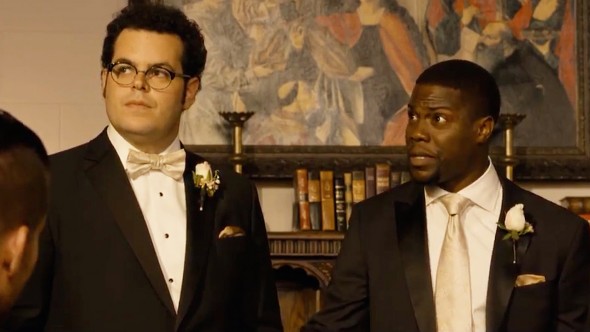 There’s one final challenge to the feasibility of the wedding ringer’s business plan: his race. The wedding ringer is black; the vast majority of his clients are white. The richest quintile of the US population is 88% white and only 4% black. A recent survey showed that 75% of white Americans lack even a single close friend who was not white, much less black. Given these statistics, it seems exceedingly rare for a rich white man to have a black man as the best man at his wedding.

To the movie’s credit, this actually is never brought up as an issue. Why to its credit? Ignoring the race issue, rather than trying to address it, prevents a complicated and thorny issue from calling more unwanted attention to the shaky premise of the movie. And more importantly, the movie is just not about race; it’s about friendship and social isolation. With a small number of exceptions, it avoids making obvious jokes about race. (To its detriment, it does makes a lot of obvious jokes at the expense of women, but that’s outside of the scope of this discussion.) The movie’s two protagonists each overcome their respective obstacles to find friendship and self-actualization in each other. Materialism, insularity, and societal expectations are among those obstacles; racial antipathy is not.

So, in conclusion: is the wedding ringer’s business plan feasible? For a limited time period, it might be, if you’re willing to believe in the depth of social ineptitude of rich grooms in LA, the open mindedness of LA wedding guests when it comes to ideas of race and friendship, and of course, the nearly boundless power of wigs to conceal identity. 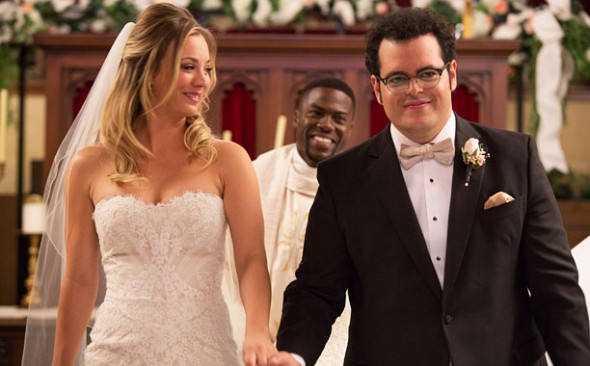