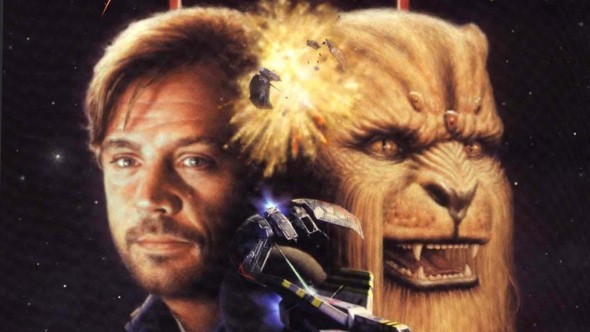 I know what you’re thinking: “Here goes Lee again about that space combat simulator from the 90’s that he was obsessed with as a kid and is playing again as an adult. I’ve never played any Wing Commander and I never will. Skipping this article.”

WAIT. Keep reading. What if I were to tell you that one of the entries in the series was less a video game and more a movie starring Mark Hamill, Malcolm McDowell, John Rhys-Davies, and Tom Wilson…with a climax that involves the genocidal destruction of an alien race’s homeworld?

This is Wing Commander III, and this act of genocide is something that I’ve wanted to have a serious adult conversation about for a long time. So even if you know nothing about Wing Commander, strap into the cockpit and come along with me for this ride. I’ve been through a long war. We have a lot to talk about.

“In the distant future, mankind is locked in a deadly war…” 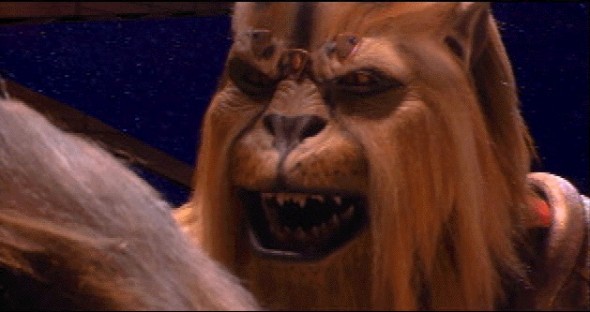 A quick synopsis of Wing Commander I-III: the human-led Terran Confederation is at war with the Kilrathi, cat-like aliens with an insatiable lust for conquest. The two parties wage interstellar combat with starships and starfighters. By the third installment, the Kilrathi are winning the war, and the desperate Terrans comes up with not one, but two technological methods for destroying an entire planet, namely, the Kilrathi homeworld. The first–a Death Star-esque beam weapon–is destroyed by the Kilrathi, but the second–a “temblor bomb” that exploits the tectonic weakness of the planet Kilrah–succeeds, thanks to you, the hotshot fighter pilot who drops the bomb and wins the day. The emperor dies along with much of the fleet, which was assembling near the planet, and of course, everyone who was living on Kilrah.

If it sounds incredibly simplistic, it’s…because it’s incredibly simplistic. The whole thing is exceedingly pulpy and leans heavily on unsophisticated storytelling devices: dastardly, evil aliens; heroic, war-worn humans; an existential fight for survival; a “head vampire” solution to a very complicated problem; and of course, the lack of any ethical hand-wringing over the way the war ended. But for video games of its time–and for teenage boys of the mid-90’s–the plot was immensely engaging and emotionally appealing. People ate this up. The games sold millions of copies. Wing Commander 3 was a big deal.

But describing Wing Commander as unsophisticated sci-fi makes it too easy to write off as…unsophisticated sci-fi that’s not worthy of analysis. So let’s use a more relatable, and consequential metaphor to describe the story: World War II; specifically, the Pacific theater of that war. The Americans are the Terrans: mostly white humans who are victims of aggression from an expansionist, imperialist alien race: the Japanese/Kilrathi. Both sides deploy carriers, fighters, and other ships to wage war across great expanses of ocean/interstellar space. 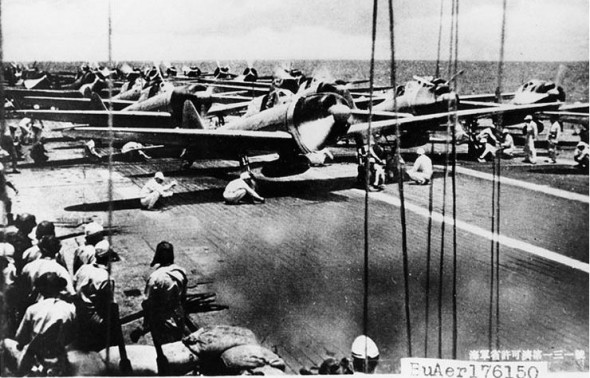 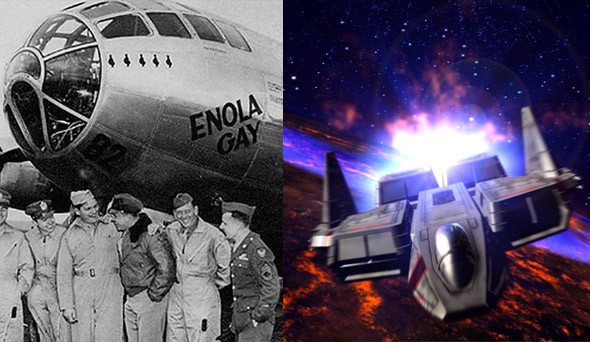 The analogy starts to break down when you get to the circumstances surrounding the end of these wars. By the time the Americans dropped the atomic bombs on Japan, they had largely beaten back the Japanese; the question was not if the Americans would ultimately prevail over the Japanese, but when and how. By contrast, the Terrans are portrayed as badly losing the war and without options for staving off defeat other than destroying Kilrah.

These different circumstances go a long way towards explaining the lack of ethical handwringing over the destruction of Kilrah. Behind Door A was mass murder of Kilrathi. Behind Door B was enslavement of humanity at best; extermination at worst. Obviously, you choose Door A, right?

Well, let’s not open that door quite yet.

What reasons could we offer for not pursuing the destruction of Kilrah as the path to victory?

First, we could challenge the assumption that the Terrans could not have succesfully defended against the imminent Kilrathi invasion. In the game, we’re never presented with any objective, unassailable information about the tactical situation that would back up this assumption. We are, however, presented with several instances where high officials are misleading rank-and-file soldiers, including the protagonist. There’s nothing that outright suggests that anyone is lying about the desperate nature of the situation, but there’s also nothing that outright closes out this line of questioning.

Second, we could challenge the assumption that destroying Kilrah would have brought a swift end to the war. The Terran’s theory was that destroying the home world and killing the Emperor would lead to a collapse of the rigidly hierarchical Kilrathi social order. What if this turned out to be wrong? Granted, it turned out to be correct, but prior to the event, such a massive societal collapse across an intergalactic navy could have been only predicted, not guaranteed.

Third, we could argue that victory achieved with the destruction of Kilrah would come at a heavy price. The Terrans had developed not one, but two different technologies for destroying planets, and shown themselves willing to actually use it. With the genie out of the bottle, there would be little to stop another alien race, or another human faction, from developing this technology to counter the Terran threat, potentially leading to a costly arms race and the constant threat that these weapons would actually be used. There’s also the huge price to be paid for lost moral standing. If Terrans blow up a planet to win a war, killing billions of innocent lives in the process, are they no better than the barbarous Kilrathi? 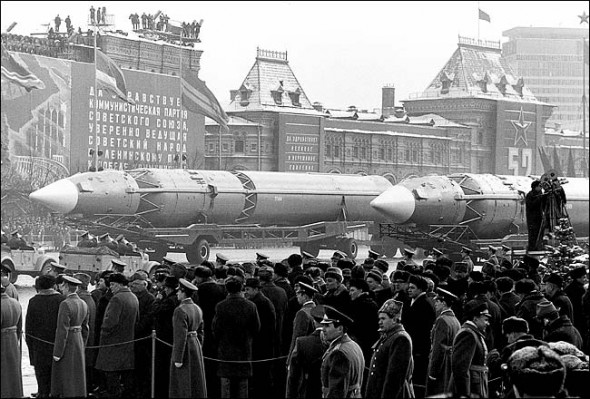 Of course, these objections to temblor-bombing Kilrah don’t stack up well to the threat of imminent enslavement/extermination of humanity. The way the story is told in the game, it’s hard to fault humanity for taking the course of action that they did. Survival is a species’ most powerful, basic instinct, after all.

Which brings us to a dark, brutal justification for this act of genocide. This war was not merely a war; it was a struggle to the death between two hostile species. Perhaps a better analogy for Wing Commander than the Pacific theater of World War II is the Pacific Ocean itself, teeming with predators and their animal instincts to kill or be killed.

This calls to mind the “state of nature” as posited by Thomas Hobbes: with no laws or sense of mutual obligation, humans fight each other like animals. They’re only concerned with their own interests, and will kill to protect them. “The war of all against all.” Bellum omnium contra omnes. Such as it was in the war against the Terrans and Kilrathi. With no social contract or sense of mutual obligation to each other, the two species existed in a state of nature, each exercising its survival instinct, like animals in the wild. War of all against all. Kill or be killed.

It’s also worth noting that one of the characters in this game was named Hobbes, and that, after appearing to defect to the Terran side, he ultimately sides with the Kilrathi to defend the existence of his own species. Coincidence? Probably, but a good excuse to make this graphic of a Kilrathi Leviathan: 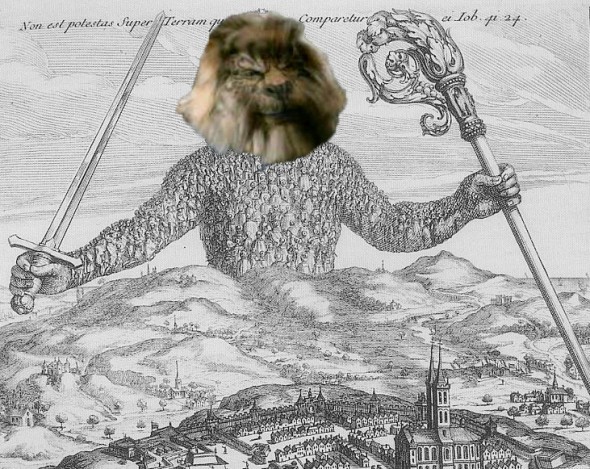 This wasn’t supposed to be the lesson of Wing Commander III: that humans can–and should–descend to animal levels of barbarism to defend their species. The game was going for something loftier: heroism in the face of impossible odds, good triumphing over evil. And don’t get me wrong: the game succeeds at this, in spades. I often tell the anecdote that I was so affected by this game–and the Kilrathi war–that I cried during the peace treaty signing scene at the end. I’d done it. I’d defeated the enemy and saved the human race. I was the hero. Fifteen years later, upon completing the game for a second time, I still felt a great sense of accomplishment, but I felt less like a hero and more like a survivor.

If you want to see for yourself why Lee is so obsessed with Wing Commander, you can download the games from GOG.com. Get a decent joystick as well; this is the one that Lee flies with.

5 Comments on “Wing Commander III: The Ethics of Genocide”