To conclude our One Direction theme week, please enjoy this lighhearted guest post about Satan and his minions from James Burtoft. 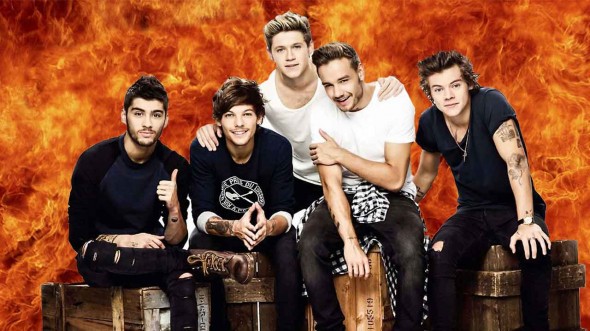 It’s said that the Genoese violin virtuoso Niccolo Paganini sold his soul to the devil to get his skill on the instrument; a similar tale is told about Blues legend Robert Johnson and the guitar. Even Christian music legend Larry Norman seemed to take it for granted that the Devil had all the best songs. The tritone—a musical interval of three whole tones—is known as the diabolis in musica, the “Devil in music.”

The Dark Lord’s long and storied relationship with music is one reason the popular folktale immortalized by the Charlie Daniels Band ring true. For those not familiar, the Devil went down to Georgia “looking for a soul to steal – he was in a bind because he was way behind and he was willing to make a deal”. On his search he met a young fiddle player and challenged him to a fiddle contest. His prize was to be the boy’s soul. But the boy in question won the contest, which is presumably why we’ve heard the story at all. Still, it’s difficult to believe that’s the only musical contest he ever found himself involved in.

In fact, this account from the Charlie Daniels Band might address an earlier source of confusion. In the famous Rolling Stones song Sympathy for The Devil, Mick Jagger, singing in the first person as the Devil, wails:

“Pleased to meet you, hope you guessed my name,
But what’s puzzling you is the nature of my game”

The lyrics are puzzling and their meaning is confounding. If one met Lucifer on his throne in hell there would be no need to “guess” his name: sycophantic imps would be chanting it constantly. Equally, no one would be puzzled as to the nature of his game once they had witnessed him torturing the souls of sinners in pits of fire. (Not to mention that it’s also very unlikely that conversations in hell begin “pleased to meet you”.) So it seems clear that “Sympathy for The Devil” refers to a time when the Devil was out of hell and travelling incognito for some obscure purpose.

Coupling these two songs together, it’s not unreasonable to assume that the devil travels the earth at least semi-regularly looking for souls with a willingness to engage in musical contests to get them. 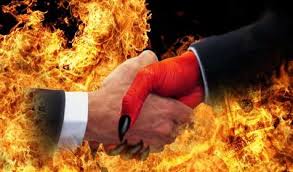 We would need more evidence to bridge the gap between “not unreasonable” and “certain”. Fortunately, such evidence is not hard to come by, and when considered as a whole the message is obvious. Kris Kristofferson in “To Beat The Devil” tells us of meeting a guitar playing devil in a bar; Mötley Crüe’s “Shout at The Devil” counsels us to “Rock Hard”—presumably to win any rock contests that might occur; and when Tenacious D were hitchhiking down down a long and lonesome road, they met a shiny demon who demanded: “Play the best song in the world / Or I’ll eat your soul.” The D plays “the first thing that came to our heads” which “just so happened to be the best song in the world.” (It was the best song in the world.) The Prince of Darkness is 0 for 2 at this point, and might benefit from some music lessons.

There’s a couple of key differences in Tenacious D’s version: they met a demon rather than the devil himself, and the challenge was for the best song, not simply the best performance. Perhaps this is represents a change in Luciferian tactics, perhaps both techniques have always been used, perhaps the secondhand tale that the Charlie Daniels Band recounts is less accurate than the firsthand one of Tenacious D. Whatever the case, “best song in the world” can no longer be the standard challenge. Demons have now heard the best song in the world after all. The song with maximal catchiness would presumably have spread quickly through hell as demons hummed it to themselves meaning that, now it has been heard, it’s likely that all inhabitants of hell know it.

An interesting side point is that both the Devil in the Charlie Daniels Band story and the demon in this one both accept that they have lost without argument, demands for neutral arbitrators, or attempts at a quibble. For example, the Charlie Daniels Band Devil could have argued that the contest hadn’t determined the boy was a better fiddler, merely that he had happened to play a better set on this one particular occasion. Why that option is never taken is beyond the scope of this research; Chris de Burgh tells us the Devil has no qualms cheating at poker and we have no reason to suspect he would bring a higher level of integrity to his music challenges. 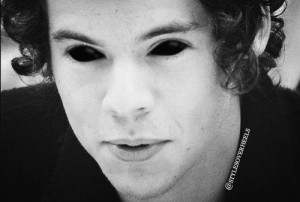 On 22nd July 2013, One Direction released “Best Song Ever”. Though they don’t claim that that song is itself the titular best song ever they make no pretence about having heard and being familiar with it:

And we danced all night to the Best Song Ever
We knew every line.

They stress that, like Tenacious D, “Now I can’t remember how it goes,” – which may point to mortal minds not being capable of containing it, but the fact remains: One Direction have heard the best song ever. And they didn’t hear it from Tenacious D nor, I think, from any mortal.

To conclude: Satan and his attendant imps have two common musical encounters with humans: Tenacious D’s musical contest and the Charlie Daniels Band’s outright purchase of souls in exchange for musical talent. One Direction couldn’t have entered the former contenst: Even the lowliest bar band in hell now knows the best song ever and couldn’t possibly have lost the contest. Which means that encounter two is the most likely option.

Not the only option, though. Paganini and Johnson were both musical virtuosos whose names echo down the generations. If we grant the premise that One Direction are timeless musical prodigies, then without a doubt One Direction have sold their souls to Satan. And if you refuse to concede the premise, you must still grant that there is One earthly group that has heard the best song ever. One that may have a vested interest in inspiring lust, rage and envy. We do not know what the One Direction is, but at this point, it is safe to assume that it is down.

A Google search for “One Direction publicly and irrefutably deny they are demons” returns no hits and YouTube contains no clips of them bathing in holy water while renouncing Satan and all his works. Coincidence?

6 Comments on “Satan’s Minions, One Direction, and The Best Song in The World”