There are few guidelines that members of Starfleet hold as dear as the Prime Directive. (Though I’m Not Just A Doctor: On-the-Job Flexibility and You may come in second, and Contraceptive Techniques for When Warp Ten Makes You a Lizard gets an honorable mention.)

The Directive is the closest thing that Star Trek has to a central dogma. Disavowing the exploitation that has so often riddled human history, the Federation decides to keep its hands off of any societies that have not yet attained interstellar travel. In the words of the original Enterprise crew, this involves “No identification of self or mission… No interference with the social development of said planet… No References to space, other worlds, or advanced civilizations.”

This was expanded greatly during the breadth of the Trek franchise, malleable in the hands of different writers. The central idea of mucking about in a less-advanced planet’s affairs being bad stayed the same, creating plots both interesting and contrived. On TOS, though, it was usually an excuse to raid the network wardrobe department. 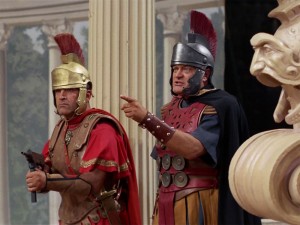 The fear behind the Prime Directive was one oft used in science fiction in the latter half of the Twentieth Century: if a less technologically developed species got their hands on highly developed technology, then they would promptly use it to destroy themselves in some way. So Star Trek argues that it is far better for the race to develop technologically on its own, so that they can attain the technology that can be used to destroy themselves without cheating. Which is better, somehow.

Given the historical context of the Cold War, it’s understandable why the Prime Directive came about. When TOS was in production, the major world powers on both sides extended their policy by subversively manipulating countries and regions deemed strategic. And, in many cases, this interference led to damage in terms of political extremism, economic stagnation, and countless human lives through state sponsored violence and war.

Wouldn’t it be nice, thought ol’ Gene, to have everyone just mind their own stinkin’ business for once?

On the whole, that’s an admirable notion. Let everyone tend to themselves, and together we can make a better world (or galaxy or whatever) that is defined by our own terms. It’s good that Roddenberry wanted to make room for that sort of view in his unique vision of the future, and it serves as a timely commentary on issues we still face today.

Too bad that, the way it’s portrayed, the Prime Directive is even worse than interfering in the first place, and it’s even a little space elitist.

I know, I know. That’s a pretty hefty critique to lay at the feet of a revered TV franchise, but I wouldn’t say it if I couldn’t back it up. And I don’t just mean the whole “we’ll wait for you to make the technology that can kill you” stuff. The real problem has to do with a theory in political science known as ‘developmental theory.’

This theory tries to explain the changes of states over time, and can be characterized as “path dependent.” Path dependency maintains that development in any sort of system is the result of a series of choices that accumulates returns over time. A country’s development from the past is therefore dependent on its, er, path. This theory is heavily informed by the notion of a telos, which means “destination” in Greek (not to be confused with the second home of the Cybermen, different franchise). Thus, a teleological frame of thinking is one that involves a linear progression with an ultimate goal at its end. 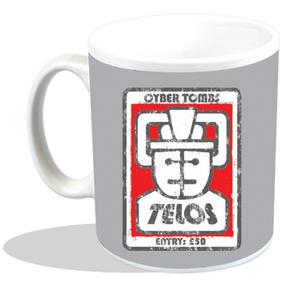 Combine the two ideas, and you have something like this: at the beginning of development, you have the “State of Nature” where anarchy reigns and individuals will attempt to control or share basic resources. From here societies will develop around deciding where those resources go, with growing levels of sophistication as time continues. At some point along this line, the society changes so much from its previous form that it experiences what social theorist Max Weber called a “disenchantment” with its past self.

This theory works out fine, until we come to the part that often comes under fire: some hold that the beginning of “true” modernity for all states (the telos) is linked directly to certain events in European history, such as the Enlightenment or the Romantic Movement. This view is often criticized for treating Europe as an isolated entity, without taking into account the effect that Europe and the rest of the world had on each other at the time. Recent analyses suggest that the relative early rise of Europe was due to cultural organization in the West versus that found in the rest of the world, with Europe not as deterministically ‘special’ as was once thought. 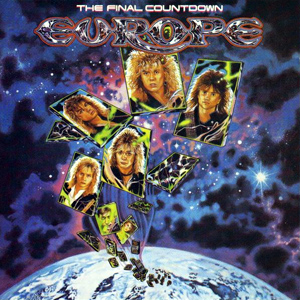 The parallel between developmental theory and the Prime Directive make themselves quite clear. In both cases, there is a select group of states which say that others that have not yet attained certain characteristics (read: the same as their own) are not as modern or sophisticated. And until those “lower” cultures take on the characteristics of the “sophisticates,” they will be forever confined to a pre-modern existence. The Prime Directive, however, maintains that it is necessary for the different societies to achieve their telos on their own, and any external influence will forever taint their progress to that noble goal.

That is the real hypocrisy (and space elitism) of the Prime Directive. While they apparently want societies to flourish without any external variables, almost like the observers of an experiment, the Federation fails to recognize (or admit to recognize) that there exists within the universe certain limitations that could potentially restrict a huge percentage of the universal population.

Here’s what I mean by that: A corollary to the Fermi Paradox suggests that it’s possible for intelligent life to exist in the universe, but certain factors would limit them from access to our sort of technological development. A hypothetical species could have their means of interstellar travel and communication on a mass scale severely depreciated, with the rest of the universe totally unaware of them.

That said, it would still be possible for them to achieve a socio-political disenchantment similar to any other Federation member, or even for their scientific knowledge to excel in relation to their restrictions. However, they would never be eligible for membership in the Federation due to systemic factors that are entirely out of their control.

The Federation seems to think this is the way things should be, and why wouldn’t they when it works so well in their favor? Doing this allows them to retain a greater share of the universe’s prosperity, only doling it out to those that mimic their own successes exactly.

Through this developmental self-selection, the Federation’s membership becomes homogenized and enforces a technological hegemony on the universe that ironically keeps many underprivileged groups from reaching their potential within the universe’s socio-political ecosystem. This hegemony becomes so important that some societies are allowed to fall by the wayside through total extinction events in order to protect it. 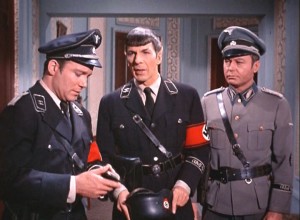 Now, you can argue all you like that this isn’t the true intent of the Prime Directive, but you sure can’t say that this isn’t the effect. Differences between the member races are usually arbitrary and one-note, doing nothing to counter the Federation’s human-lead policies. Rarely are there signs of discord, with the organization acting in concert throughout its affairs. New members never really seem to stir the pot when they come along, and this self-selection is more than likely the culprit.

This raises the question, what good does the Prime Directive actually do for anyone involved? We’ve already established that it’s harmful to the development of the universe at large, and that it makes out the Federation to be a culturally stagnant hypocrite. Where’s the good, other than the pat on the back the Federation gives itself because they’re one of the “good guys?”

There is none. It is a logical back alley designed only as a political statement against imperialist or interventionist histories. As a piece of art and storytelling meant to make comment on the Cold War and conflicts like it, I suppose that’s fine, even if it doesn’t very well reflect how societies have historically interacted with each other in the past. 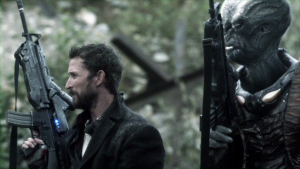 I think this is why I prefer the sort of science fiction like Stargate: SG-1 or the relatively new Falling Skies, which portrays interactions between alien races at varying technological levels with a great amount of nuance. The races in these stories exchange all sorts of things, even weaponry. Sometimes the interactions are good, sometimes they’re bad, sometimes just indifferent.

There are no absolutes, as there are none in real life. Exploring where the consequences of those actions go, and the “disenchantment” that they bring about, is much more compelling than holding onto a blind fear of the past’s mistakes.

Jon Tyktor is a writer of many types, none of them professional, who is currently a co-host on a little podcast called Tell Don’t Show that may just change your life if you’re not careful.

18 Comments on “Interference by Default: The Hegemony and Hypocrisy of the Prime Directive”