10. He had one great case a long time ago, but he’s still around, and he looks like a goddamn mess. 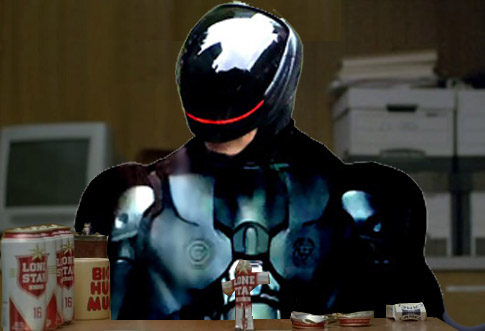 “That dream you had inside a locked cybernetic suit. That dream about being a person…”

9. He is a living testament to the collapse of masculine identity in late 20th century America.

This is one of the big themes of True Detective: Woody Harrelson’s character Hart is a wounded family man who doesn’t know how to live any other way. There’s something about being a cop that he can’t handle, and he’s destroys himself in bad decisions driven by fear and self-loathing.

Cole has already been through so much trauma (and had such an absence of nurturing or positive mirroring as a child) that he has become disconnected from identity entirely and sees life through a nihilistic lens that is half rationalism and half sheer panic.

RoboCop’s lingering memory of spinning his gun like a fictional space cowboy to impress his son, when he can’t even remember aforementioned son, would fit right in.

8. The synthetic skin of his face is tautly pulled over cheekbones forged by the country’s finest titanium craftsmen. 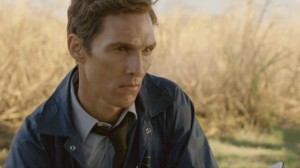 “Dead or alive, you’re coming with me…”

7. His wife left him (and also doesn’t have any good lines). 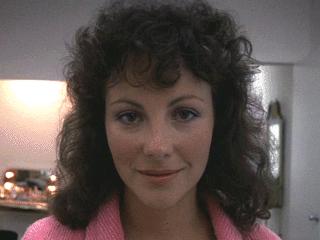 “Did I ever tell you how much you were the protagonist?”

It’s not that he did something horrible, although he wasn’t around as much as he might have been. It’s more than he experienced terrible things, and after that pain, he wasn’t the same. She moved on. He might as well have been dead. It’s not exactly his fault — except that he’s incapable to doing anything that would make it better, so in that way it feels like he’s responsible. We’re not quite sure he would even want to fix it if he knew how or found himself capable. We all know he’s really sad deep down that a woman — who mostly appeared onscreen looking at him longingly and being beautiful and perfect — is gone forever. We don’t see much of their relationship, but we assume it was good at one point at least because she is so pretty. We’re not really sure anybody even remembers her name, but is that even important?

Commenter challenge! How many movie and TV characters can you name that fit the profile above! Let’s get a list going in the comments! 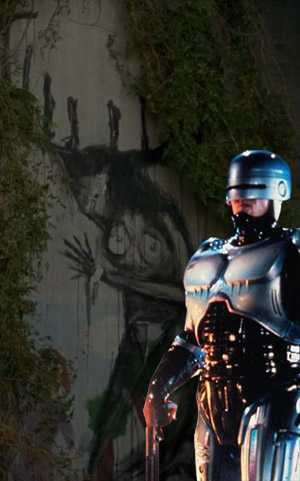 Because he is part robot. Robots have high resistance to witchcraft and sorcery.

5. He hunts down criminals through an American landscape blasted to ruin while industry looks on. 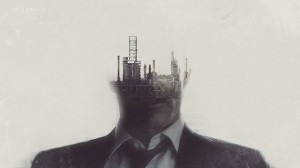 Offshore drilling and Louisiana oil refineries are a looming presence throughout True Detective. The show’s not over yet, and it’s very possible they move to center stage a bit more before all is said and done, but mostly the tanker ships and smokestacks are holding silent vigil for the poverty, despair and suffering that Hart and Cohle find in their investigations.

Especially notable are shots that juxtapose big industrial buildup right next to very basic, very underdeveloped areas that haven’t changed in half a century, if not longer.

And of course throughout we are reminded of the several big storms (most notably so far, Hurricane Andrew) that cleared out areas where people used to live, work and go to school. It’s a similar sort of backdrop to Old Detroit in a lot of ways — and to modern-day Detroit as well.

Whether they’re involved in sinister ways, like OCP, or they just don’t seem to care at all, like the oil companies in the Gulf of Mexico, there’s still a theme of these huge authorities with enormous resources that are just totally disinterested in the welfare of people — calling up the need for motivated detectives to stand up for authority even while feeling its absence. 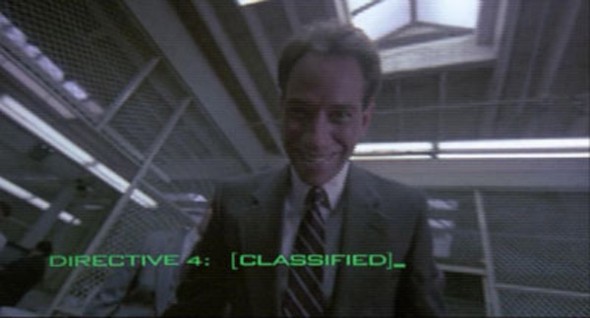 3. In case anybody was wondering, his life is a waking nightmare, but so is everyone else’s.

2. There’s something about his eccentric way of talking that is rational and competent, but also awkward, uncomfortable and alienating. 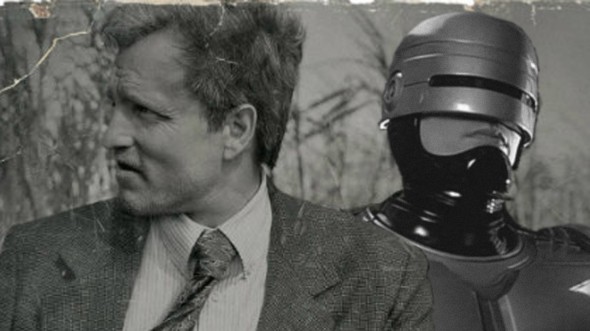 “Listen, RoboCop, when you’re at my house, I want you to chill the fuck out.”

1. He is absolutely relentless. Nothing can stop… OH NO!

Due to its soft, moist terrain, the delta remains as-yet untamed by robo-justice.

3 Comments on “10 Reasons RoboCop Is Perfect for True Detective”