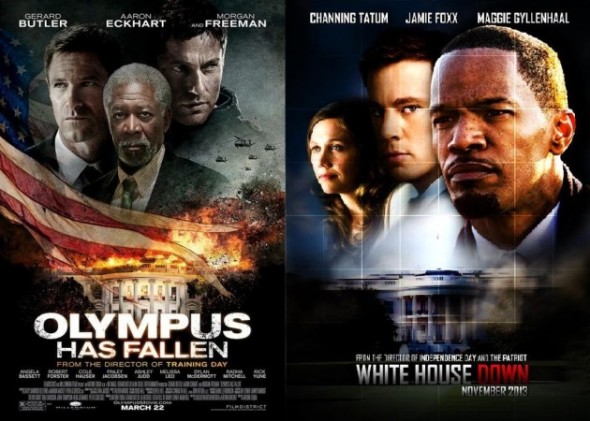 America, the land of plenty.

The 2013 summer movie season saw the release of not one, but two White House takeover movies: Olympus Has Fallen and White House Down. Not surprisingly, both movies’ plots have a lot in common: a Secret Service agent cooperates with terrorists to give them inside information on the White House, while a sole law enforcement figure who’s outside of the rank-and-file Secret Service gains access to the White House and (SPOILER ALERT) saves the President.

But the most notable plot point that both movies share is a failed attempt to take the White House back by force. In both movies, the acting President ignores the warnings of the Man Inside The White House (MITWH) and orders a helicopter-based attack that ends in disaster: dead special forces soldiers, burning helicopters on the White House lawn, and really pissed off terrorists.

A scene from “White House Down,” which is not the same movie as “Olympus Has Fallen.”

It would be easy to chalk all of these similarities up to coincidence, or to formulaic storytelling patterns that risk-adverse studio executives prefer for their summer action tentpoles. I’m inclined to do so for the first two examples, but not for the helicopter attack. Rather, I see this shared plot point an interesting illustration of America’s ongoing crisis of faith in its institutions.

Both movies paint a stark contrast between the individual MITWH and the formal security institutions of the state. The helicopter scene is just one example of many in which the MITWH assesses his situation directly and makes the right call. Individual information gathering leads to individual decision making, which leads to individual success. 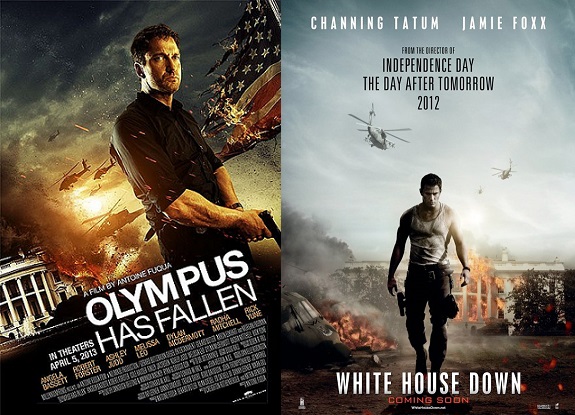 The state’s formal security institutions, however, rely on a chain of command to process aggregated intelligence and construct an abstracted view of the situation that’s eventually distilled down to memos, barked status updates, and glowing electronic battlefield maps. These myopic views of reality not only warp the information available on hand; they also prevent the adoption and absorption of new information that runs counter to the prevailing wisdom. Institutional information gathering leads to institutional decision making, which leads to institutional failure. 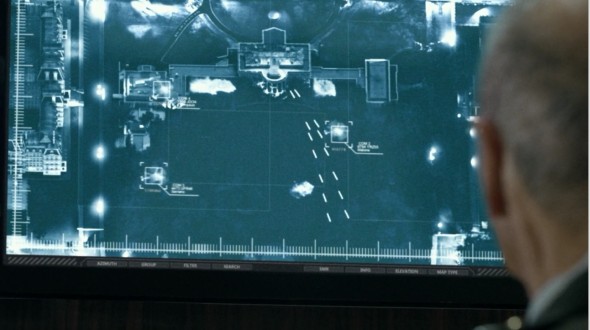 A scene from “Olympus Has Fallen,” which is not the same movie as “White House Down.”

Consider also how location helps further the contrast between the individual and the institution in these movies. On one hand, the President and the MITWH are conveniently located in the middle of the battlefield (that happens to also be the White House). On the other hand, the institutional actors are trapped in a dark, windowless bunker somewhere deep in the Pentagon. 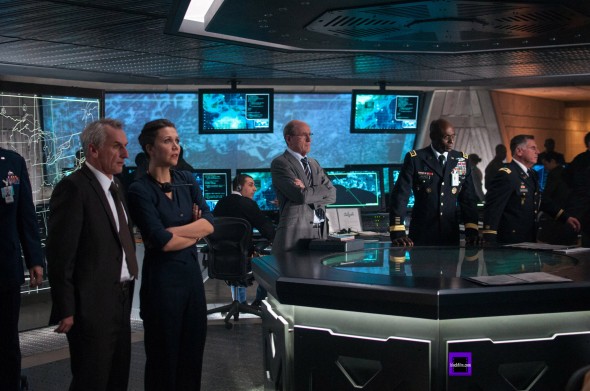 A scene from “White House Down,” which is not the same movie as “Olympus Has Fallen.”

The message of all this seems to be twofold: 1) individuals closest to the on-the-ground reality should be empowered to make key decisions, and 2) institutions should mostly just get out of the way of those individuals.

Part of this may be explained by a liberal power fantasy theory (particularly White House Down, which wears its leftist politics on its sleeve). Hollywood sees the (actual) President as a righteous individual who’s neutered and trapped by the political institutions that surround him, Congress chief among them. These movies give us a view of what happens when strong individuals, unencumbered by those institutional restrictions, are capable of doing: they cleanse the White House of terrorists and institutional obstructionism. 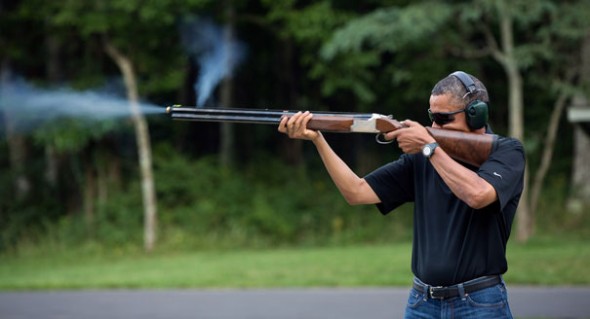 But this liberal power fantasy is merely symptomatic of the broader distrust in institutions that pervades American political discourse. It is a distrust that’s shared across the political spectrum: conservatives distrust an activist government that engineers social change through bureaucracy; liberals distrust orthodox religions that enforce traditional social and sexual mores through doctrine. Privacy advocates of all political stripes distrust intelligence gathering government agencies that surveil everyone and everything on the internet.

In other words, when this pair of movies depicts the institutional brainpower and intelligence of the United States government making the wrong call while the individual saves the day, they’re offering something for everyone. The hapless bureaucrats huddled in the command center can stand in for anyone’s least favorite out-of-touch institutional boogeyman, while the heroic individual can stand in for anyone’s favorite iconoclastic hero.

The real brilliance of these movies, though, is that they ultimately depend on our affection for the White House itself as a symbol of both individual and institutional power. The President as the strong individual is easy enough to understand–particularly in White House Down, which features the President shooting a machine gun and a rocket launcher–but the White House as a strong institution is trickier to make sense of in these movies. As a building, it’s breached by terrorists, scarred with bullets, and lit on fire. As a functioning tool of government, it’s perverted by terrorists and turned into a command center for their evil plans.

But through all of this, it still needs to resonate as a physical embodiment of our aspirations for our institutions in order to make for an effective plot device. Regardless of our political leanings, we see the White House as the place where a strong individual can flex institutions to his will, something that we desperately want to believe is possible. 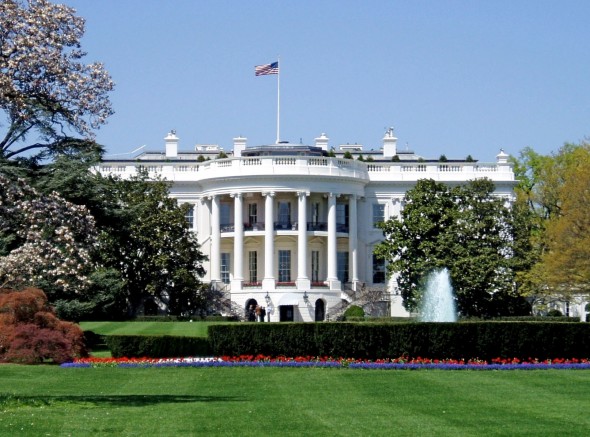 The real White House. Or maybe the White House from one of these movies.

6 Comments on “Abort the Mission! Individuals vs. Institutions in “White House Down” and “Olympus Has Fallen””