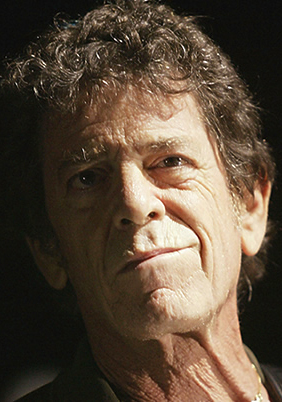 You’ve no doubt seen many obituaries for Lou Reed, the mercurial singer/songwriter whose passing on Sunday left a King Kong-sized gap in the fabric of American popular music. I encourage you to seek out the obits — many by very good writers — but this is my obit for Lou Reed; I ask humbly that you give me the chance to pay my respects.

Lou Reed was born on March 2, 1942, and died on October 27, 2013. In between those two concrete facts, he changed the face of rock and roll. It would not be overstating the case to say that his band, the Velvet Underground, was the most important group, Stateside, of the Sixties.

Other groups certainly held more sway at the time, but in the long run, the Velvets influenced more artists than their sales during the period of their greatest activity (1967 to 1970) would indicate. When Lou left in 1970, he retreated to his parents’ suburban existence briefly.

David Bowie came calling a couple of years later, one of the first of many prominent musicians who worshiped the Velvet Underground, and Lou in particular, and it was Bowie who launched Reed on his solo career.

In the forty years that ensued, Reed would craft masterpieces, good albums, pieces of crap, and the absolutely unlistenable Metal Machine Music. He would create a persona of crabby diffidence, spurning the very rock critics who yearned for him to change music again.

It wasn’t until his fifties that Reed really started to relax in his role as elder statesman. Creem and Rolling Stone writer Lester Bangs in particular had a masochistic relationship with his idol, one that would influence the view that Reed was a difficult interview. It wasn’t that Reed didn’t want to talk; he just faced the same questions, reframed by interviewers who weren’t bright enough to come up with anything else.

Before Madonna, Reed was bending gender norms and creating an ambiguous sexuality that both entranced and frightened the record-buying public. He was a master of provocation, and he lived up to the title of “artist” far more than a lot of today’s hit-makers could ever hope to. In his lifetime, he saw the reverse of my favorite quote from The Dark Knight: he lived long enough to see himself become the hero instead of the villain he was in his youth.

When Reed started, pop music was in the throes of emerging psychedelic and acid-trip happiness, emphasizing the joys of drugs. Reed wasn’t a subscriber to the view that LSD could remake the world one drop at a time; he preferred the harder stuff, and the first Velvets album could be the most effective anti-drug message ever (even though it does make the idea of taking “Heroin” strangely alluring) (NB — Kids, don’t do drugs -Ed.).

The troll under the bridge

Reed was a mass of contradictions, though; even as he sang of the effects speed could have on you, he embarked on a career of hard living only equaled by his contemporary Keith Richards both in its legendary status and in its inability to silence him until at least recently. Jim Morrison was the beautiful face of despair in the Sixties, mining much of the same territory and taking home the accolades and groupies; Lou Reed was the troll under the bridge, urging people to come closer and hurt when they turned away instead.

What’s amazing to realize is, for all the VU’s supposed outlaw status, they genuinely desired a wider audience than they initially garnered. Their first single was not the amped-up “Waiting For the Man” but the gentle “Sunday Morning,” which also opens the debut album. Listening to it again, as well as the Moe Tucker-sung “After Hours” and Lou’s doppleganger Doug Yule on “Who Loves the Sun” and “Candy Says,” and you hear a great pop band under the layers of artistic inscrutibility. If the Velvets weren’t successful, it wasn’t their fault; America was too stupid or preoccupied to see them for what they were. A cash-grab reunion tour in the Nineties would rectify that.

I have always preferred the Velvets to Reed’s solo output, if only because their brief discography avoids the spottiness of his later work. I do own a few post-Velvets albums, but I go back to the VU when I want to think about Lou Reed. And in a lot of ways, “Sweet Jane” is the best example of that mastery (I would probably recommend this to anyone wondering what all the fuss is about, as well as “Some Kinda Love,” “Beginning to See the Light,” “Sister Ray” – all twenty minutes of it, and “Rock and Roll”).

It warmed my heart to hear what might be Lou’s solo masterpiece, “Perfect Day,” being used to sell the PS4. I thought at the time I first saw the commerical that if this is what it took to initiate more members into the Lou Reed fan club, that could only be a good thing.

When he died, I have to say I was surprised at the depth of feeling shown online and on TV; when you love an artist whom you consider your own, it’s weird and reassuring to see that others feel the same way.

So I come back to the conversation that spurred me to write this in the first place, a conversation with a co-worker who said simply, “I don’t know who Lou Reed is.”

In some ways, I am hurt by this ignorance, but I understand it: apart from “Walk On the Wild Side,” Reed never enjoyed the kind of popular chart success that people still associate with “artistic greatness.” But he achieved something far more satisfying: the devotion of an audience willing to look past his personal flaws and embrace his view of the world. (After all, how often do “artistic genius” and “decent human being” go together?)

Troubled and tortured as that view often was, there was always an undercurrent of compassion and recognition under the surface, a voice that spoke to the marginalized and wounded in all of us. For that much, Lou Reed is a legend and an icon.

In short, he’s Lou Fucking Reed, and he will be missed.