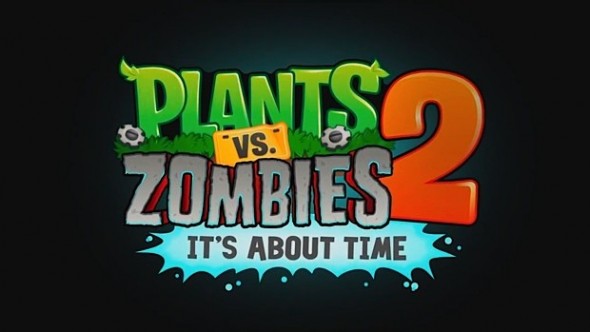 Of all the gameplay elements in the botanicals-opposing-reanimated-corpses-themed tower defense video game Plants vs. Zombies 2, the most compelling and therefore the most frustrating (at least to me) are the keys (noun, not adjective – like a thing you’d put in a door to make it not be locked anymore). Keys are consumable items the utility of which in the game seems to be directly proportional to their scarcity, which makes them a really good example of what makes PvZ2[1] so successful, but also what makes it deeply troubling as a bellwether for mobile/casual games as a medium. This is because the game’s creators have devised a way to use your own brain against you and make you like it. Plenty of people have already noticed how casual games like Angry Birds (and “games” like Farmville) use the psychology of addiction to keep you playing, and many have decried the microtransaction model of games that’s becoming increasingly ascendant; but the acquisition of keys in PvZ2 seems like the most sophisticated combination of the two in a popular game thus far, and since I’ve spent the last two months playing the thing and grinding for those damn keys, I wanted at least to figure out why I’m so at its mercy and to find someone else to blame for it.

Four years after the original Plants vs Zombies chewed the world’s flesh into submission, the sequel (Plants vs Zombies 2: It’s About Time) has finally been released. Ever since the new game was announced, it’s been pursued by controversy like a horde of marauding undead. PopCap Games, which developed the original PvZ, was purchased in 2011 by Electronic Arts; EA was notably named by Consumerist as Worst Company in America two years in a row – beating out such heavyweights of evil as Bank of America, Ticketmaster, Weyland-Yutani, and Genocide Is Rad Incorporated – giving everyone license for pessimism. Then in 2012, halfway into the development of the sequel, PopCap fired George Fan, the Senior Game Designer who led the creation of PvZ in the first place. More disapprobation followed, with the majority opinion being that Plants vs. Zombies 2 was going to suck, and that it was probably going to suck in a very specific way that was characteristic of the perception of EA as a company and of the disheartening trend of casual games in general.

Games that are free to download and/or play, like PvZ2, are increasingly relying on selling in-game power-ups, items, and/or premium currencies, as a way of generating revenue while still technically giving away their products for free. Before PvZ2 came out, there was a lot of speculation that this was the way it was going to go. In fact that turned out to be true, and you can purchase premium in-game currencies like coins (which are used to buy plant food and other power-ups) and keys (which open locked gates, allowing you to access extra levels and acquire new kinds of plants).  But unlike some games where progress beyond a certain point is impossible without paying for it in real money, it is entirely possible (though difficult) to unlock every item and area in PvZ2 without ever giving a cent to PopCap/EA. Coins are obtained for every level you beat, and keys will sometimes drop after defeating certain enemies.

Allow me to repeat that with a couple of words italicized for extra unsettling emphasis. 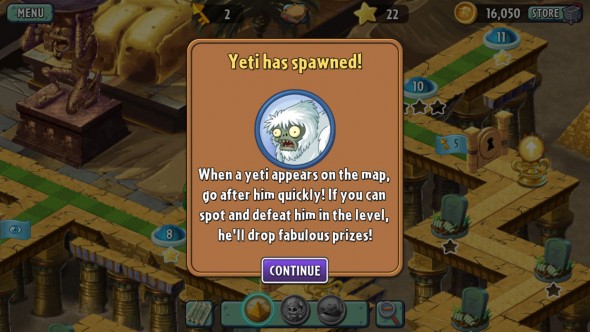 When I cut open your corpse there’d better be some keys inside, that’s all I’m sayin’

And therein lays the conundrum.

Your choices in this game are twofold: if you want to experience all the content, you can either give them a bunch of money (which, eff that, amirite), or you can sit there in the disabled-access bathroom stall at work feigning indigestion, playing the same level over and over in the hopes that sometime in the next forty minutes one of the defeated ghouls will excrete a bit of virtual metal you can use to get through the door and acquire some cherry bombs or whatever.

Either way, as long as you don’t just quit playing, EA wins. I don’t know whether or not videogame companies these days have PsyOps Departments, but what PvZ2 and its ilk do with keys puts the lie to the notion that what happens in Vegas stays there, because it functions by the principle of operant conditioning – or to be more specific, intermittent reinforcement – which is the same reason that Grandma couldn’t tear herself away from the One-Armed-Bandit until your college fund became wholly the property of the mafia.

Behavioral psychologist B.F. Skinner and some of history’s other greatest monsters discovered principles of conditioning that seem to be inherent to the way that humans and other dumb animals act. Reinforcement is simply providing a reward or punishment to a subject whenever that subject performs a certain action in order to control their behavior by causing them to form an association between the action and the result. Like if you’re trying to bring a child up right, you might give it a piece of candy whenever it runs into traffic, or send it to its room anytime it eats a Brussels sprout. That’s how you raise children, right? Eventually the child will start doing one thing or not doing the other in anticipation of the reward or punishment meted out by a fair and consistent parent. The child’s tiny, delicious human brain will in fact create physical connections between the neurons that code for these stimuli so that the two events are practically perceived as logically and necessarily linked to each other, even if they happen to be completely arbitrary. This also explains why you become sexually aroused by the scent of pay telephones.

Now, you’d assume that the more consistently the effect followed the cause, the more effective the desired conditioning would be. But you’d be wrong, and should be ashamed of yourself. In fact, behavioral experiments on humans’ closest living relative, the disgusting domestic pigeon, have shown that we respond best to inconsistent rewards rather than absolutely predictable recompense for our actions. Meaning that if you want someone to obey your commands, rather than giving them positive reinforcement every time they perform the desired action, only give it to them sometimes. Because we are bat-guano crazy, this kind of intermittent reinforcement encourages the sucker – uh, I mean, the subject – to perform the desired action with much greater concurrence than if they could expect the same positive result every time. According to this one study, “the pigeons’ response rates were an inverted U-shaped function of the percentage of food presentations: decreasing the percentage from 100% to 90%, 70%, or 50% produced an increase in response rates.” Putting that into Google’s Psychobabble-to-English translator, it means that if you give the pigeons a button to push, and when they push the button they get food half the time and half the time they get nothing, they’ll do it far more obsessively than when they’re certain to get food every time they push it.

That is straight-up bananas. 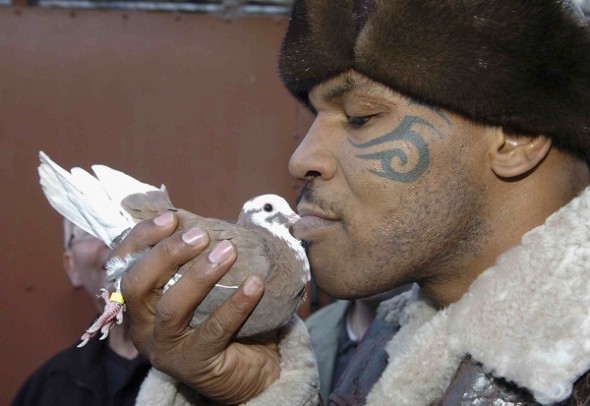 Intermittent reinforcement appears to explain the persistence of romantic manipulation techniques as explicated in scary books like The Rules and The Game, and why God (or the universe or whatever dissimulating euphemisms all you faithless heathens out there prefer – REPENT, Harlequin!!) seemingly responds to our perfectly reasonable requests only at unpredictable intervals; and it also clarifies why that gorram Treasure Yeti is so stingy with keys: if we always knew what the results of our actions would be, it would get boring and we’d quit. Because our brains hate us and prefer to be in a state of relentless, torturous anxiety rather than ever being satisfied, we keep playing Plants vs. Zombies until our thumbs become calloused lumps of useless or until we give Electronic Arts a bunch of money, or both.

But because EA would actually prefer that we give them money rather than grinding for keys on our own for free, the frequency of the key-drops is not calibrated to the fifty-percent probability at the top of the inverted U-shape representing the ideal response rate for intermittent reinforcement. It’s much less than that; keys appear often enough that we know obtaining them is possible and to encourage us to keep playing for that sweet sweet dopamine shock when we hear the satisfying clink of a pretend key hitting the pretend floor, but also rarely enough that a not-insignificant proportion of players are going to go, “screw it, I guess I’ll just throw them a couple of bucks.”

It’s also not entirely arbitrary (unlike the pigeons’ food button), which helps too. If we were flipping a coin and EA gave us a piece of candy every time it came up heads, I doubt anyone would be willing to pay them for the candy to avoid the inconvenience of having to wait for the next coin flip. There is some degree of skill involved in this game (you do have to defeat an enemy for a key to drop, whether or not the drop rate is truly random or generated by some algorithm), and because it is possible to get keys without giving them any money we don’t feel like we’re being screwed by EA, we feel like we’re being screwed by the Treasure Yeti. Which, again, is because we are crazy. What we’re really doing is giving EA two dollars to preemptively refund us a bit of our lives that we had previously consecrated for a few hours of slow-motion suicide (i.e. entertainment). It’s almost like they’re doing us a favour. At the point where the satisfying frustration of play becomes more frustrating than satisfying, we’re willing to trade money for time in a way that’s honestly making me feel a little bad about myself right now. 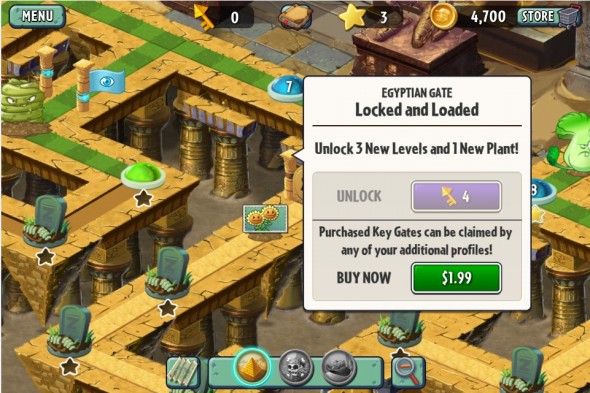 Oh, how kind of you to allow me to give you my real money in exchange for colourful pixels. Thank you so much.

In conclusion…dude, I don’t know. Plants vs. Zombies 2 is a fun game, evidently not despite but because of its ability to manipulate our responses by tapping into the primordial pigeon-brained recesses of our collective consciousness. On the one hand, that’s just good game design. On the other, it’s pretty unsettling if you really think about it. While I don’t believe that anyone is saying that game creators should never want or expect to be paid for their work, and the microtransaction model looks from a certain perspective like an excellent compromise – you do get the game for free, after all, if you want it for free, without resorting to piracy – is it actually evil? Or is it just the casual gaming equivalent of using Joseph Campbell’s monomyth pattern to construct stories, knowing that it’s the structure to which our brains are designed to respond most emphatically? Must seduction – which is what all effective art is – be an accident to avert the appearance of predation? 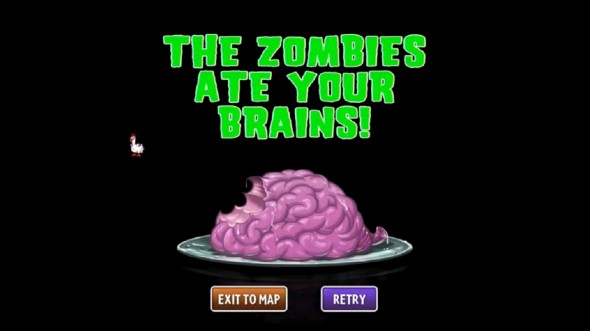 [1] Because I’m Canadian I’m going to have to insist that you read that as “Pee Vee Zed Two.” Thanks for your cooperation.

6 Comments on “Keys to Your Brains: Plants vs. Zombies vs. Operant Conditioning”