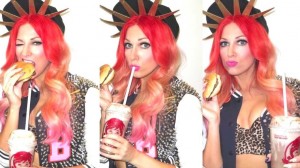 In this Musical Talmud edition of the Overthinking It Podcast, Mark Lee analyzes a series of songs called “American Girl” and discovers the true nature of American greatness.

This is a bit of an experiment, so definitely let us know what you think about this format!

Songs included in the analysis:

Song called “American Girl” that were not included in the analysis: