It’s called a confidence game. Why, because you give me your confidence? No, because I give you mine.

Are con movies the only genre of movie that execute their plot on the audience, as well as the characters?

Con movies – a subset of caper movies, which are themselves a subset of thrillers – owe their late 20th Century resurgence to the overwhelming success of The Sting. Inspired by the lingo and legends of David Maurer’s The Big Con, it features an amazing cast, headed by Robert Redford and Paul Newman at the height of their charm. The script is tight, the cinematography stylish, and the setting evocative.

One of the ways in which The Sting maintains suspense through the very end is with a tight B plot in which Hooker (Redford) is captured by Agent Polk of the FBI and coerced into rolling over on Gondorff (Newman). As the con against Doyle Lonnegan (Robert Shaw) reaches its climax, Polk busts in and arrests Gondorff. In retaliation, Gondorff shoots Hooker in the back, and Polk shoots Gondorff. Lonnegan is whisked away by the cops to avoid being caught up in a murder scene.

… or is it? As it turns out, Polk was an element of the con as well, the final boost to get Lonnegan out the door and ensure he never returned. Gondorff and Hooker sit up, wiping the fake blood from their mouths, and share a laugh. The con artists disassemble the front and our two leads walk off into the sunset. 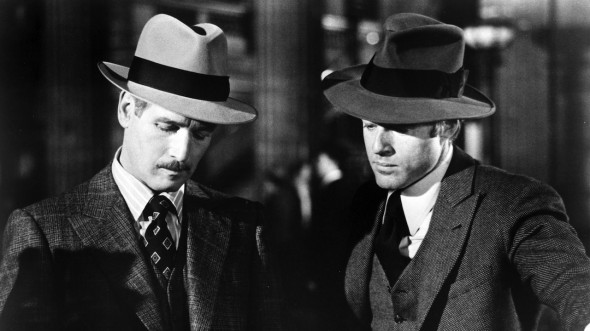 None of this is clear to the audience up until it’s revealed. The protagonists know this is going on, but we, the viewers, do not. The film employs careful editing and camera tricks to keep us from knowing this until the last possible second, so that the reveal provokes a significant catharsis. The con movie pulls a con on us.

This is worth noting because it’s not the only way to maintain suspense up to the final scene. As anyone who’s watched BBC’s Hustle or TNT’s Leverage can tell you, you can inject tension into a caper by leaving the actions of the mark (the victim) up in the air. Maybe the mark brought backup to check your counterfeit bills. Maybe the cops – the real cops – show up. It’s not a requirement that the con artists have something up their sleeve that the movie withholds from us.

And yet, to watch the con movies that succeeded The Sting – House of Games, Confidence, Nueve Reinas, Matchstick Men, Snatch, Body Heat – you’d think it was a requirement. And this is an incomplete list, excluding caper films that merely have an element of a con in them, like Inside Man, The Usual Suspects, and Ocean’s Eleven, which are similarly coy with the audience. Not only do the characters pull off a con on the supporting cast, but the director pulls off a con on the audience.

That is, as far as I can tell, unique among subgenres of film. The larger, overarching genre labels are meant to describe the emotional effect a film is intended to evoke – horror films to horrify us, thriller films to thrill us, romances to make us fall in love again, etc. But the subgenres within each category don’t carry a similar burden. Slasher movies (a subset of horror) do not literally maim people in their seats. Mistaken identity rom-coms do not mislead the viewers as to who’s starring. Heist films do not actually rob the audience (unless you dropped $11.50 on Takers, hey-o! Doc Severinsen, everybody!). 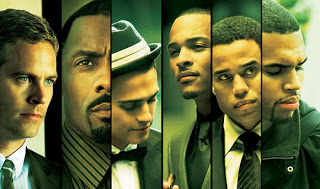 But a con movie isn’t a con movie, apparently, unless the audience is also getting taken in. And it uses the same principles as a successful con to pull this off: establishing a rapport with the audience through engaging scenes, building trust through adhesion to the traditional filmic story structure, and then pulling a late third act plot twist to jerk us by the leashes. We’re the marks, not the characters. In fact, given that we know enough about the con movie genre to anticipate this sort of thing, we’re even more of suckers than usual.

So am I missing something? Are there other subgenres of movies that execute the action of their plot on the audience as well as the characters? Because I think con movies are it, and I think that’s worth noting.