Stop me if you’ve heard this one:

The leader of a powerful nation makes an appeal to the world: “One of our citizens is on the run. He has stolen our nation’s secrets. He is being harbored somewhere in the world. And we demand his return.”

I’m talking, of course, about Edward Steelden. Wait, that doesn’t sound right. The Man of Snow? No, that can’t be right either. Let me refresh my memory real quick:

Of course – Superman! The recent Man of Steel opens with Superman’s father, Jor-El, stealing vital information from Krypton’s government. He hides it away with his son, who is sent to Earth. The static “You are not alone” video above is not just a trailer or viral video – it is actually diegetic. At the end of the first act, General Zod arrives around Earth’s orbit in a massive spaceship and broadcasts that message to every screen on Earth. There is no beating around the bush or subtle hints – turn over Kal-El or face the consequences.

And while the video is perhaps more dramatic than your usual diplomatic message, when you boil it down it is really just an extradition request – “One of our citizens committed a crime; he is in your territory; we want him back.” As the recent drama over our own secret-stealing fugitive shows, requests for extradition can be fraught with legal and political considerations. In this two-part article, I’m going to explore some of those questions.

To start off, I’ll make the most obvious observation: Superman could always just turn himself into Zod, if he thinks that’s the best way to spare the people of Earth. After all, he can just fly up to Zod’s space station himself. But he doesn’t do this – he turns himself over to the US government. Because he’s also Clark Kent – not born, but certainly raised, to believe in Truth, Justice and the American way. 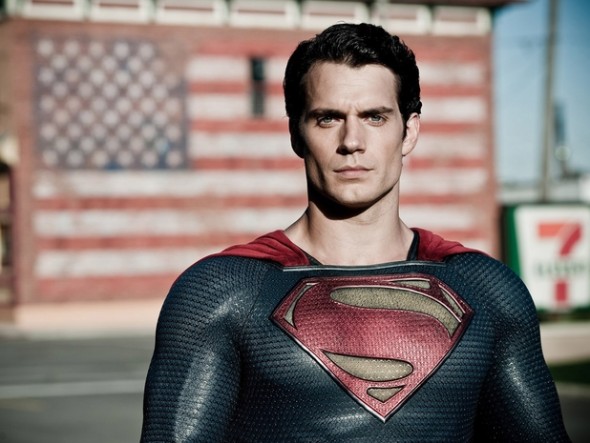 And there’s nothing more American than Lawyering Up. In the film, he turns himself over in a way that puts the choice entirely in the hands of the Executive branch – the Army gets custody and presumably the President makes the final call. As the Edward Snowden drama has demonstrated though, Americans have a deep distrust of a unilateral, unchecked branch of government.

If Superman really wants to put his faith in the system – in all its Constitutional glory – he could turn himself in to the authorities, flanked by some civil rights and international law experts. He could probably get some good ones too. Lois Lane apparently has GREAT attorneys. In a scene that does to legal jargon what the rest of the movie does to pseudo-scientific ramblings about evolution, Lois apparently convinces a District Court to issue an injunction to give her access to a classified military operation on CANADIAN soil.

So we have an interesting legal hypothetical: An intergalactic leader has demanded the extradition of an alien (and Alien) long-term resident of the United States. Said Alien has just turned himself over to our custody. Even without lawyers, the US government would still have legal concerns when it comes to complying with Zod’s request. We are supposed to be a nation of laws – we can’t just turn detain people and turn over to other countries without doing so under some  legal theory.

So what are the US’s legal obligations under international law? What are Superman’s legal strategies? There are essentially three related inquiries: First, what is the legal status of Zod’s request? Second, what is Kal-El’s legal status in the United States? And lastly, given the answer to those two questions, is extradition permitted?

When we’re talking about Edward Snowden, this part is easy – clearly the US is a State under international law, and the President is clearly our representative, with the right to make diplomatic requests from other nations. With Zod, it’s far from clear whether either of those conditions are met. 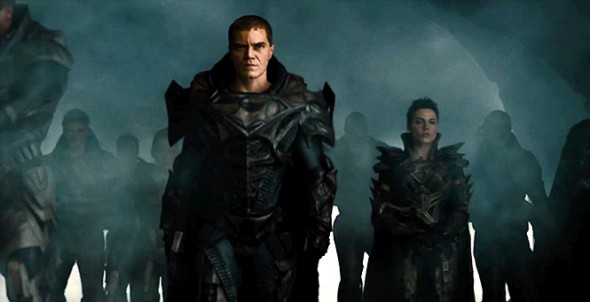 More generally, how should the world treat an alien race making contact? Obviously there’s no precedent that governs inter-stellar relations. But there’s no principled reason to think that nations and peoples from other worlds should be treated with any less deference than we give similar groups from our own world: most of the bedrock principles of international law are aimed at avoiding war and promoting trade, which apply equally to independent peoples from other worlds.

So using traditional rules of international law, is Krypton a proper State? There are a number of competing definitions for what makes a State or entity sovereign. But in general, there are four requirements for Statehood:

Conditions 3 and 4 seem to be met – Zod’s government, albeit simple (Their Constitution: “Everyone listen to Zod”) is functional, and clearly possesses the capacity to enter into relations with the States of Earth. It’s conditions 1 and 2 that start to cause problems.

Krypton is long gone, its people along with it. All that’s left is a spaceship with a dozen or so Kryptonians. If, instead of a space ship, Zod were in charge of a ocean-going ship, it’s unlikely that the territoriality/population requirement would be met – you sometimes hear about how a warship is techinically “US soil” or some similar “legal fiction”, but a ship ALONE would never be considered a State without some territory that it can properly call home.

On the other hand, there’s no minimum territory or population requirement. The square-footage of the space craft, while not “territory” as we’d traditionally define it, clearly doesn’t belong to any OTHER State. Where politics or some other expedience demands, States can be extremely small – see the Vatican. The “territory” of the space ship could count as territory for these purposes, if for no other reason than lack of viable alternatives.

Everything the light touches…..is going to have to go.

But of course, the US doesn’t know that Krypton is gone– as far as they know, Krpyton (or wherever Zod is from, since I don’t think he even says) is alive and well, and General Zod is just the tip of a very long alien spear. In the end, whether or not you are a properly a State under international law is whether or not other nations recognize you as a State. And practical concerns govern here – they are so powerful that you pretty much HAVE to treat the ship full of Kryptonians like they are a State.

But is Zod the leader of that State? Krypton might be a State, but Zod is not quite so clearly it’s leader (and hence able to make extradition requests). Generally speaking, we frown on recognizing governments that came to power through violent coups, which is most definitely the case of the Dear Leader Zod – he shot the old leaders in the face. Again, though, we don’t know any of that –as far as we know, the voice on the television demanding that we turn Kal-El over is the leader of this new alien State.

Even if we did know about the coup on Krypton, there’s again not much choice – if the Kryptonian ship is a State, Zod is it’s de facto leader whether we like it or not. While international law doesn’t require that we FORMALLY recognize Zod’s government, we at least have to TREAT him like he’s the government.

While the arrival of an alien ship might change everything else, the normal principles of international law pretty much MUST apply – for simple lack of a viable alternative. So, like it or not, the US is probably going to treat Zod and his band of merry war-criminals like a State, and so we would treat the extradition request like we might a request from any other State (with God-like powers and a weapon that can wipe out our planet out with the touch of a few buttons). And now, the leader of that State is demanding that we turn an individual over to his custody.

What is Kal-El’s status in the United States?

The US response to a request for extradition is at least somewhat dependent on the nationality of the person being turned over. This is clearly demonstrated by the Air Force’s response when Zod’s assistant, Faora-Ul, requests that Lois Lane be turned over. Despite the threat posed by the spaceship, the Officer on the scene balks at the request. Turning over an alien is one thing, but turning over a US citizen is something wholly different.

Of course, Superman didn’t arrive in the US yesterday either. With Snowden grounded in Russia, he has no special status with the Russian government – he has no ties there. He’s clearly a citizen of the “requesting State.” (The U.S. in this case). The US has a right (under certain circumstances) to request his extradition (though as we’ll get to in Part II, the lack of an extradition treaty between the US and Russia complicates things). Russia MAY choose to hang on to Snowden, but certainly has no OBLIGATION to do so.

Kal-El, on the other hand, was raised by two American parents in the heart of Kansas, and has lived as an American his entire life. So American may or may not be so quick to turn him over. What exactly is his legal status?

First things first – he’s not an American by birth. The 14th Amendment guarantees citizenship to anyone BORN in the United States, and though he’s been here for what is ALMOST his entire life, Kal-El only became Clark Kent as an infant. As the recent debate over the DREAM act shows, close doesn’t count. Clark has two decidedly non-American parents and arrived in the US a few weeks after his birth – so he doesn’t get automatic citizenship.

However, given his US adoptive parents and long-lasting ties to the States, there are probably legal avenues he could pursue to get citizenship. That said, he seemingly hasn’t pursued them – eligible for citizenship or not, he hasn’t been formally naturalized. He’s definitely not a citizen – and probably isn’t even a legal resident, given the extra-legal nature of his arrival. For now I’ll just assume that despite his many years in the US, Kal-El has no special immigration or citizenship status in America.

So Kryptonian head of State is requesting the extradition of a Kryptonian citizen – what other issues remain? As I’ll get to in Part II, there are still plenty of hurdles to clear.

Disclaimer: For any actual lawyers out there that have spotted any problems with my legal analysis, I am still just in law school, so might be missing some issues. Overthinking It is strongly in favor of “well-actually” comments, so feel free to sound off below!

10 Comments on “Interstellar Extradition, Part I: The Man of Snow”