On December 2, 2012, Led Zeppelin received a tribute during the 35th annual Kennedy Center Honors. The closest thing that the American executive has to the Queen’s “command performance,” the Kennedy Center Honors are meant to recognize and celebrate artists who have made “significant contributions to American culture through the performing arts.” As with every year, the musical inductees are honored with live performances by artists who are kept secret up to the night of the event. In December, Led Zeppelin was treated to a rendition of “Stairway to Heaven” by rock legend Heart.

(Apologies to only getting to this six months later, but I didn’t see the show at the time, and only became aware when the video made the rounds on Facebook a few weeks ago)

Watching this, I made a few observations:

(2) It takes wicked cojones to cover a band’s most famous song with that band in the audience. This is an obstacle every performer at the Kennedy Center faces – Dave Grohl and Norah Jones covered “Maybe I’m Amazed” for McCartney’s tribute – but seems particularly accentuated when the song is “Stairway” and the band is Zep.

(3) How often does a band get to cover “Stairway” in front of a live audience?

Among rock guitarists, “Stairway” is almost a victim of its own monumentality, like the corpses and discarded air tanks littering Everest. Everyone who picked up a Gibson because of the hard rock of the Seventies has wanted to learn “Stairway.” Many have learned it. But when they stepped from the confines of their suburban bedroom to the rest of the world, they realized that they were, in fact, one shredder out of many, not a blessed visionary with a unique gift. No one’s jonesing to hear your take on “Stairway,” dude. Just chill.

To put it another way: you and your friends might have watched Monty Python and the Holy Grail so many times that you can recite the film from memory. But no one would pay money to see you and your friends recreate the movie onstage. Even if you were letter-perfect and could recreate every accent and every comic beat, it wouldn’t matter. Why? Because every fan of Monty Python and the Holy Grail can recite the film from memory. All of them. You hardly need to watch the movie anymore; just go to an anime convention, reference a shrub, and let the quotes roll over you. “Stairway” is in a similar place in the rock canon.

(In fact, really the only time you could get away with it was a few years after the song came out, as Heart apparently did before becoming Heart)

But to be a rock (guitarist) and not to roll (with one of the best rock songs ever written) is heartbreaking. Rock music is about several things – blending rhythm and blues riffs with gospel and hillbilly vocals; skirting as close to the line of sexual innuendo as blue laws will allow; drugs – but high on the list is exhibitionism. Rock vocals are higher and louder than they need to be, rock guitar riffs more complex, because they give artists the opportunity to show off. Most artists get into rock because they want to show off their virtuosity. To have a really good cover of “Stairway” and to not be able to show it off because no one’s interested must eat people up inside.

Here, then, was a perfect opportunity for Ann and Nancy: the one place in almost forty years where you could cover “Stairway” and expect enthusiastic applause.

But it wasn’t just an opportunity – it must have also been an incredible challenge. Merely recording a good song is hard enough. Recording a song as awesome as “Stairway” is a legendary feat. Performing it live is a technically and emotionally demanding marathon. But add to that the weight of forty years of expectation – forty years of hearing it on every classic rock radio station, listening to your college roommates and cousins and high school boyfriends cover it – and there’s a whole added dimension of difficulty.

To merely see Zeppelin perform “Stairway” would be amazing enough. But any other band covering it must grapple with the weight of a skeptical audience: how can their version stack up against the masters? It would be like a painter saying, “My next work will be called ‘Guernica 2013′” – we’re rooting against her before she even picks up the brush. 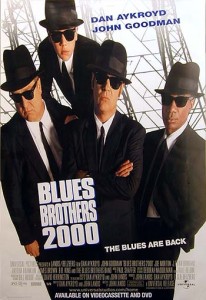 To take a more accessible example …

Given all that, and given the hurdles mentioned above – Led Zeppelin and President Barack Obama both being in the audience – isn’t it all the more impressive that this cover rocked as hard as it did? That it was not just a faithful reproduction of a song every rock fan has memorized, but was at the same time distinctly Heart’s own? Is it possible that this was a cover that, solely by virtue of its time and place in the historico-musical continuum, exceeded the original?

When Page and Plant first started jotting down the bits that would become “Stairway” at their remote Welsh cottage of Bron-Yr-Aur in 1970, they didn’t have to deal with four decades of anthemic weight. They were just writing a particularly powerful song. By virtue of its untouchable popularity, the song now has a grand temporal dimension as well. One can not address it without addressing its status in the canon.

To use one more analogy for the mods in the audience: it’s the difference between running a fast race and breaking a long-standing record. Running requires speed, endurance, coordination, good coaches, and good equipment. Breaking a record that’s stood for fifteen years – as Calvin Smith did in July 1983, beating Jim Hines’ time on the men’s 100 meters – requires all of the above plus a peculiar willpower. One must be motivated to push oneself past conventional limits of performance, and yet not so caught up in the record that one gets psyched out.

Cover bands and cover performances don’t get quite the same respect as original artists do, as Chuck Klosterman has ably documented. But I submit that there are rare circumstances where a particularly good cover performance, to a particular audience, can not only equal the merits of the original work, they can transcend it. They arrive onstage with the momentum of forty years of critical consideration behind them, and they impact with megatons of kinetic force. “Stairway” is such a song, the Kennedy Center is such a venue, and Heart, I would argue, is such a band. 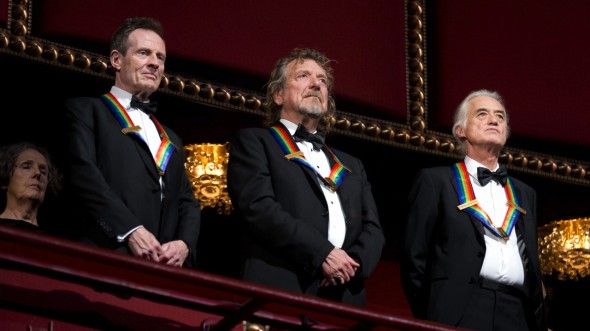 P.S.: I don’t mean to imply that this is the only circumstance under which a cover of a song can exceed the original; vide Johnny; vide Aretha; vide Jimi. But this is a circumstance that I haven’t seen get much attention before, and this seemed like a perfect opportunity to speculate.