[Spoiler alert for the series finale of 30 Rock. Go see it already.]

The final scene of the show 30 Rock confirmed what fans have been suspecting for years: that Kenneth Parcell, former page-turned-NBC president, is immortal. After countless references to Kenneth’s unusually old age and two apparent deaths, we see Kenneth in a future with flying cars and Liz Lemon’s great-granddaughter, appearing to be the same age that he was when TGS went off the air decades ago. 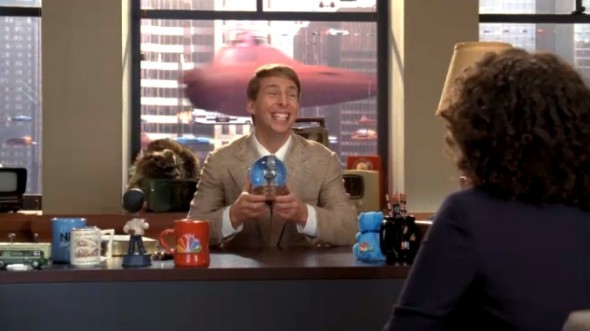 The show offers enough convincing evidence for us to conclude that Kenneth’s immortality comes from being an angel of God and/or a relationship with the character Jacob from Lost. Both of these are fascinating possibilities and should consume the field of 30 Rockology for years to come, but I’d like to explore Kenneth’s immortality from a different angle:

How does the world deal with the existence of immortal Kenneth?

Before we explore those consequences, let’s set a timetable between the end of 30 Rock/TGS in 2013 and the scene with Liz’s great-granddaughter. If you assume that Liz’s child and grandchild both have their own children at the age of 30, and that Liz’s great-granddaughter is 25 years old at the time of the pitch, that puts this scene around the year 2090. Let’s also assume that Kenneth claimed to be 25 years old at the time that he started the page program, and that he started the same year that 30 Rock began, 2006. (Note: it’s heavily implied that Kenneth has been at NBC for decades, and as far as I know, his start date as a page has never been mentioned, but let’s just roll with this.) That would make Kenneth’s “on-the-books” age approximately 109 in the scene with Liz’s great-granddaughter.

Let’s be extremely generous and say that Kenneth avoids true scrutiny of his lack of aging until his “60th” birthday in 2041. By this time, theories of plastic surgery and “good Southern genes” are no longer believable, and the Kabletown board demands an explanation for Kenneth’s lack of aging. Kenneth reveals his immortal nature to the board and to the public.

The revelation stuns the world.

Kenneth’s church, the Eighth Day Resurrected Covenant of the Holy Trinity, declares Kenneth their prophet and becomes the dominant force in worldwide Christianity. The Pope converts from Catholicism to the EDRCOTHT.

The science community claims that Kenneth is not immortal and that he simply has slowed his aging through unknown scientific means. Billions of dollars are poured into jellyfish immortality research, but due to the long-lasting detrimental effects of Dr. Leo Spaceman’s tenure as US Attorney General on the scientific research community, the only conclusions drawn from the research are applicable to a rare species of North Korean monkey.

The US Government passes the Kenneth Parcell Regulation Act. As a result, Kenneth is required to remove both his shoes and his socks when going through airport security.

Decades pass. The scientific community eventually accepts Kenneth’s status as an immortal and turns all research laboratories into EDRCOTHT chapels. Kabletown gives Kenneth even more control over programming at NBC and its cable networks. A complete digital recreation of Jerry Seinfeld stars in every show on every channel.

Until Liz’s great-grandaughter’s pitch of 30 Rock is accepted, of course.

The year is 2097. 30 Rock has completed its seven-year run. The world is united in peace and harmony under its benevolent man-god, Kenneth Parcell. 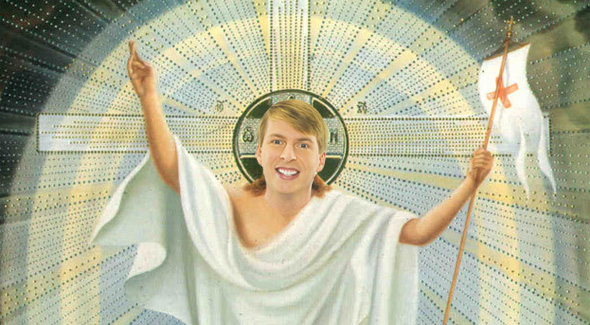 There’s one enormous problem with the line of reasoning that produces these events. In 2090, Liz’s great-granddaughter is pitching the story of 30 Rock to Kenneth Parcell, president of NBC. But Kenneth Parcell, president of NBC, is an integral part of that story. Why would he need the story to be pitched to him, if he were there for it when it happend?

Consider the contents of their exchange:

LIZ’S GREAT-GRANDDAUGHTER: Yes sir, it’s based on stories my great-grandmother told me.

KENNETH: I know…and I love it.

So what’s going on here? It’s strongly suggested that Liz’s great-granddaughter is not aware of the fact that Kenneth, president of NBC, was also Kenneth, NBC page and part of the TGS crew whose story is told in 30 Rock. Could Liz have left Kenneth out of the stories that she told her great-granddaughter? It doesn’t seem likely, given that we’re suppose to accept the show that we just experienced as the show that came out of that 2090 pitch meeting (and somehow traveled back in time to us? That’s a whole other ball of Overthinking It wax).

That leaves us with only one explanation: Liz’s great-granddaughter isn’t aware of the fact that Kenneth the page is now Kenneth the president of NBC. And that can only be explained by Kenneth’s supernatural powers. For over 80 years, he’s managed to stay president of NBC, not as a single immortal being, but as new personality who rotates in every few years. He uses his powers to appear to the rest of the world as a new person, but only we as the viewers can see that, in 2090, he’s been president of NBC all along.

It would appear that the Immortal Kenneth’s greatest trick was convincing the world he didn’t exist.

Readers: What do you think of my competing theories to explain the existence of the immortal Kenneth Parcell in the 30 Rockiverse? Is there any way that the 2090 pitch meeting could have taken place with the knowledge that Kenneth was the immortal president of NBC? Would Kenneth rule over us with an iron fist, or a benevolent fist? Or should we step back, take a deep breath, and just take Jack Donaghy’s immortal advice: 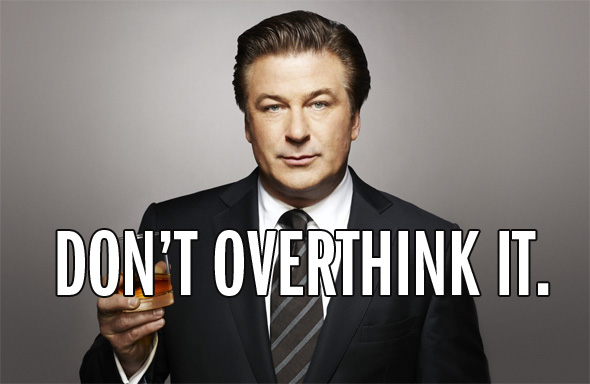 13 Comments on “The Immortality of Kenneth Parcell”