O Reader, by your leave I tell the tale
Wherein all my existence was transformed,
How left was turned to right, and back to front,
When my whole world was whirled head over heels.
Your time will not be wasted, this I swear.

To listen to my story you will find
A period as short as can be hoped
Transpire, and thus your mind shall be enriched
With knowledge of the twisting route that led
To riches from my rags to be reformed.

My humble personage was lifted up,
From lowliest of origins arose,
To find myself positioned all anew
As next-in-line inheritor of the
Throne and all responsibilities
Of ruler over hills and dales and pools.

This affluent community, well known,
As Platinum Triangle’s greatest side.
No other town could dare to bear the name
The West of Angels’ City—sweet Bel Air. 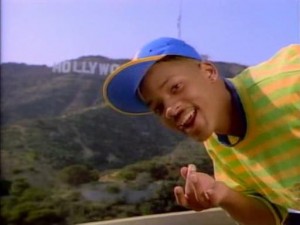 In urban Pennsylvania was I born;
The city where each brother loves his kin.
My pleasures, they were many; troubles, few.
The daylight did I burn exceedingly,
Disporting on the grounds where children play.
No worries laid a finger on my mind.
Magnanimous my countenance remained
At ease, composed, and nothing could despoil
My tranquil revels—so, at least, I thought.

The structure where my educators taught
My right from left, and, yes, my right from wrong,
Contained—or, rather, had beyond its walls—
A pavèd area for basketball
(A sport whose popularity cannot
Be overestimated ’mongst the youth
Whose dreams so often ambulate about
Escaping from the grind of poverty
So sadly prevalent in parts like these).

One day, alike, in most ways, to the last,
Saw me engaged in such activity,
At which point, unprovoked, I was beset
By ruffians, both well-known to the law.
No doubt that their intentions were unkind,
Determined to upset my youthful peace,
And cause such tribulation to erupt
In my Edenic, fair vicinity.

The battle that ensued, much to my shame,
Saw them the victors; thus, to them, the spoils.
‘Twas but a skirmish, really, more a tiff
And yet the consequences were severe:
My territory given up to them
’Cause one dude totes just spun me round his head.

My lady mother learned what had occurred.
The threat it posed in her maternal mind,
Exaggerated by her love for me,
Unreasonably terrified her, and
She sought to make a plan for my escape. 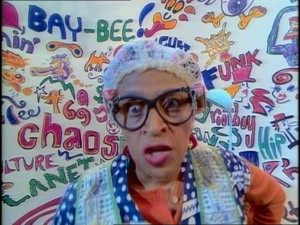 My lady mother’s sister, good Aunt Viv,
Had years ago married a man named Phil,
An expert in the law, whose great success
Allowed them entry to that gloried place
In California—state where dreams are made,
Where celebrated artists choose to dwell.
Dear mother had arranged for me to stay
With Viv and Phillip, till I came of age.

I summoned a conveyance to my side
By old tradition passed down through the years
(a sharp, shrill trill performed by hand and mouth)
And true to form, the taxi cab arrived.
As it approached I noticed at its front
The license for the craft to operate
Imprinted with idiosyncratic gild
Emblazoned with the designation “FRESH.”
Additionally, hanging in this coach,
Upon the mirror used to retrospect,
A pair of cubes (not ivory but felt)
Each side adorned with numbers, one through six,
Intended, I assume, to bestow luck.
This coach was very obviously odd,
No otherworldly senses were required
To tell the journey would not be mundane
(For otherwise I would have prob’ly flown).
I disregarded any doubts or fears.
Discouragement was distant from my mind.
I uttered my instructions to the man:
“Conduct me to the land far to the West!
Across this continent I wish to go!
Past Indiana, aye, and even past
The Mexico that isn’t old, but New!
My destination is the Leftmost Coast,
The bleeding edge, World Capital of Fame!
Surely you must recognize the place!
North of the Sunset—lo, sir! To Bel-Air!”

At seven o’ the clock, nigh unto eight,
My journey of three thousand miles was ceased.
Arriving at the home of Phil and Viv,
And their three children, cousins, all, of mine,
And Geoffrey, loyal servant of the Banks’,
With wisdom equaled only by his wit.
With my appearance at the manor’s gates
I bid the valiant driver a farewell,
Assuring him I would, no doubt, one day
Have chance again to scent his redolence.
Surveying now, at last, my newfound realm,
A royal seat prepared for my ingress,
Triumphantly my reign had now begun:
Bel-Air would come to know me as its Prince. 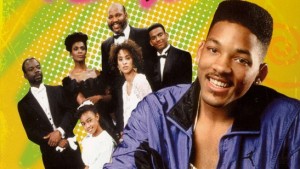