Healthcare is currently big news on both sides of the Atlantic. In the United States, the Supreme Court recently upheld most of the provisions of “Obamacare,” leading the way to the expansion of government’s role in the healthcare system. Meanwhile, in Britain, things are moving in the opposite direction: increased privatization of the National Health Service. These current events served as the backdrop for my recent viewing of Tangled (Disney’s recent re-imaging of the Rapunzel story), which led me to some surprising revelations on the problems with the confluence of money, politics, and healthcare. 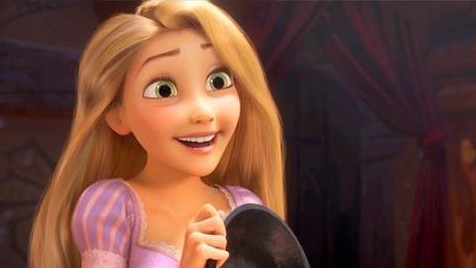 The socialist takeover of the health care system never looked so perky and adorable, until now.

Tangled opens with the key magical element of the film: a plant capable of healing any wound, up to and including death itself, which has been used for centuries by Gothel, a crone, a traditional healer. Its use passes from that of the crone to the preserve of the rich, that is to say, to save the life of the Queen of this Roman-inspired Mediaeval-like kingdom, and her daughter. The princess, rather than the plant, now has the power of healing. It has come under human control: once, a plant, sung to in the right way, would heal, but now, a human must choose to sing in order to do so. Gothel, who will die without the magic, being unnaturally old, kidnaps Princess Rapunzel and locks her up in a tower.

So far, so fairytale. But the control of healing, or medicine, and the purposes for which that control is exercised, is a key political issue. We live in a world where pharmaceutical companies use patent law to restrict drugs from nations that need them, where research is focused not on the areas that will save the most lives but those that will make the most money. Where does this tally with Tangled?

Well, the way I introduced the tale focused on the evolution of Gothel, whose relationship to the sun-plant is very similar to that of traditional medicine men and women with plants that have later become pharmaceuticals (digitalis being an often-cited example, so too penicillin). She knew where the plant was and how to use it for the purposes of healing; however, she, being a Disney villain, did not use it for the aid of her village or the like, but kept it for herself. Nevertheless, the plant is sufficiently under-understood and hidden that she has no need to take protective measures to continue using it. 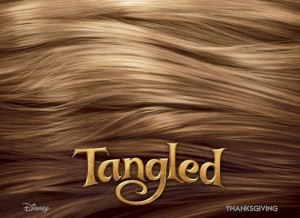 When the Queen is ill, the search goes out across the kingdom for any cure. The flower is found, and somehow successfully used. The first focus of the use of this magical medicine in a more practical, methodical manner is to help the very richest in the society. Rapunzel’s birth puts medicine into the hands of full human control. These miraculous abilities can and do preserve life far beyond what was previously possible. Gothel does not want to see such power leaving her control. Keeping Rapunzel for herself echoes with the actions of modern drug companies in a few key ways. The use of lies to keep Rapunzel in her tower, restricted from the people, reminded me distinctly of the use of lies by pharmaceutical companies to prevent generics entering the market. The EU Competition Commission criticized large drugs companies for misleading campaigns and other misuse of marketing to slow down cheaper, generic competitors to their products entering the market. AstraZeneca, for example, had previously been censured for using small-scale samples and unbalanced doses to claim that its refinement of a product nearly out of patent constituted a new, more effective, and separately patentable drug. Gothel’s lies focus on the danger of leaving the tower, especially on “ruffians,” and are built up over years and years to engender a paralyzing fear that keeps Rapunzel within her control. Just as the authorities don’t seem to be able to curtail this ongoing activity by the drugs companies, the authorities of this land seem only able to make the token gesture of the Sky Lantern ceremony in their efforts to retrieve their supposedly-beloved magical princess.

How does the character of Flynn factor into this healthcare system? While Rapunzel serves as a metaphor for all medication, Flynn can be found in the doctors from Médecins Sans Frontières who have defied patent law in order to make affordable AIDS medication for use in Africa. They may be breaking the law, but they’re certainly lovable while doing it. Okay, so Flynn has more reformation than that. He’s trying to steal the crown to buy a castle and only becomes noble through the course of the story. Sadly I can’t find some charming tale of illegal drug smugglers handing out antiretrovirals like a modern-day Robin Hood. Yet.

It must be confessed that Gothel doesn’t hate Rapunzel. She does not abuse her, though her behaviour extends towards neglect. She shows tenderness to her that goes beyond merely the need to control her and her power (though this is open to interpretation; after all, it is really Rapunzel’s decision as to whether she sings and prolongs Gothel’s life). Similarly, few would argue that drugs companies are openly “evil.” Gothel has supplanted Rapunzel’s real parents and keeps her confined because she wants to be young forever, an understandable if usually unrealistic wish. Well, not as unrealistic as we might think. Presently, research funding focuses not on the killers of the young in poorer nations, but to prolong the lives of the old in richer nations. The fiat of philanthropists such as Bill Gates has changed some of this for diseases like malaria, but African Sleeping Sickness, despite the number of people it kills, is way down the funding list. By contrast, cancer and Alzheimer’s, both diseases associated with aging populations, are at the heart of modern medical research. That is well and good, but it’s harder to justify the estimated $50 billion market in anti-aging treatment in the United States, which has little evidence of efficacy to show for its largess. Gothel has crossed that line of desperation just as many first-worlders have: not to just be made well from sickness, but to reverse age and stave off death indefinitely, regardless of the cost.

So what should be done to solve the problem of Rapunzel? The film [SPOILERS] has Flynn make her magic unavailable to anyone, even though it would save his life. (Disney kindly spare him, with the magic of Rapunzel’s tears, which of course nullifies the solution, but only after Gothel has been dealt with.) But the kingdom must surely, like our nations, have the constant trouble of sickness. Rapunzel’s hair can only grow longer and longer. The responsibility of the King and Queen should be to distribute a strand of this hair through every part of the land to form hospitals built around this hair, and Rapunzel to sing, say once a day, to give this healing magic not merely to one selfish witch, a single desperate Queen or a charming rogue whom she loves, but every person in the nation, people who by the evidence of the Sky Lantern ceremony are dedicated to her even in her long absence.

The people of this land need, and deserve, a National Hair Service to treat their ills, their aches and pains, and even to extend their lives universally. This life extension would come without, it would seem (barring, of course, dependence on the magic hair), the problems that developed nations are facing in a shortage of care provision for the increasing frail and old population, with only the effort of a woman singing once each day. Nationalize Rapunzel! Don’t just save her from the evil witch, but save her for the good of everyone! As for drugs and drug companies? Well, you can make your own mind up on what’s best to do with them. I know what I would choose to do.

Timothy Swann is that one with the British accent. He talks this sort of nonsense about psychology on the Psycomedia Podcast at psycomedia.wordpress.com and he twitterates on @tetrarchangel.