Various writing partners have helped Wes Anderson flesh out the scripts for each of his 6 live-action films, but the finished products are Anderson’s alone. Complex, noble beasts, Anderson’s films burst with a singular creativity and style that rewards re-watching in ways great and small. His chosen themes are deeply personal, and their delivery, stylized but always in the service of the larger point, is perhaps his signature strength as a filmmaker. He is a stylist of the highest order, but his style is never without purpose.

His themes are also ones to which most post-Baby Boomers can easily relate. The timing of their resonance to a given viewer’s life determines which of his films a person considers the best. Put another way, your favorite of Anderson’s movies was love at first sight. You were dealing with something, you saw his film, and right away it made you feel better. You didn’t know that you already knew what he had to say, but you did, and it only took one viewing of your favorite Anderson movie to bring that message home. 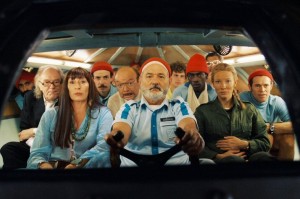 Bill Murray Is FANTASTIC In This Movie

Certain things remain unchanged across Anderson’s filmography. Pick a film, any film, and there is a good chance it involves some or most of the following:

– Bill Murray
– Jason Schwartzman
– Owen Wilson
– Death of a loved one looming in the background of a main character
– A surprising casting decision involving a famous dramatic actor playing against type
– Mid-to-late 1960s pop music (often the Kinks or Rolling Stones)
– A close-up overhead shot of a hand doing something with an artifact from the film’s universe
– A crescendo towards the end where all the characters come together for a shared moment, sometimes in slow motion, set to deftly chosen popular music
– A Mark Mothersbaugh score

Every artist has his or her tool kit, and if we see these things as such (as opposed to, say, the limited and repetitive tics of a preening hack) we are then free to consider the wide-ranging thematic territory Anderson’s films cover. They may bear similar stylistic hallmarks, but each picture focuses on a different aspect of emotional development. To wit:

Bottle Rocket: determining the relative value of close friendships to one’s best-lived life
Rushmore: growing up and coming of age without losing one’s self or mind
The Royal Tenenbaums: family’s unending importance, even if/when they’re crazy and/or assholes with whom you have little in common
The Life Aquatic: accepting life for what it is and moving on from heartbreak and disappointment
Darjeeling Limited: the emptiness of existence and the finality of death
Moonrise Kingdom: First Love and the bravery needed to embrace it and let it grow

Anderson has been accused of repeating himself, but his films don’t focus on the same thing over and over again. His different themes speak in different ways to different individuals. They use the same language, but do not tell the same tale.

Of his 6 live-action movies, one is almost-universally pointed to as the least of the bunch. The Darjeeling Limited in many ways deserves the scorn, too, as what clumsy momentum it does have turns on an obvious, belabored plot device that Anderson should have been well past by that point in his career. Towards the film’s end, as the brothers cast aside their father’s luggage (baggage, if you will) in the name of running faster, even the most devout fanatic had to shake her head and say, “Come on, dude.”

That said, this movie is not without merit, from the nuanced handling of its exotic locale to the lead actors’ performances. When taken from storytelling and art direction perspectives, one could argue that Darjeeling Limited is more sophisticated (some might just say better) than a vast majority of contemporary movies. But it is simply not as fun to watch as the rest of Anderson’s work, and few devotees have given it anything close to the number of repeat viewings as Rushmore.

This makes sense if you look at the above list of individual themes. One in particular seems less fun to go back over than the others, no? Making existential emptiness lovable or winsome is no easy feat, and it’s probably not an accident that Anderson followed his bleakest movie with an adorable claymation children’s film based on a Roald Dahl novel. Fantastic Mr. Fox is great, some of the best work Anderson’s ever done, but it is not an adult film touching on heavy emotional themes. Following Darjeeling, he probably needed the break.

So then, if Darjeeling Limited is everyone’s least-favorite Wes Anderson film, which one is the best? That depends entirely upon who is asked. Some people find solace in Max Fischer’s journey from annoying and arrogant little jerk in love with a teacher to slightly less annoying, somewhat-less arrogant teenager with an age-appropriate girlfriend. Steve Zissou’s struggle to get past his rough year resonates with anyone who’s had a bad stretch and could use some support. The young lovebirds in Moonrise Kingdom filter through the lens of perspective pleasant memories of the first time some new person set your young heart aflutter. 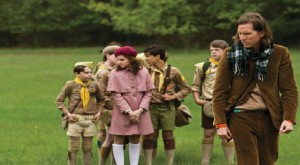 At Which Point My Heart Exploded

These potent themes are never hidden, but they can be buried underneath many layers of production detail. The Zissou team’s red caps and light-blue-and-yellow uniforms, for instance. Richie’s hawk. Max’s braces. Sam’s watercolors. Even so, each detail works towards revealing the overarching theme of the film itself. Nothing is wasted, and everything is important.

While competing with so many side details, that theme might remain indecipherable through two, three, or four viewings. Bright colors and utter goofiness gobble up attention. Questions arise like “Is that Alec Baldwin?” or “So who is Bob Balaban supposed to be?” But then at some point lightning strikes, a moment effects, understanding blossoms, and a viewer thinks, “Wait . . . whoa.”

Unless, of course, a viewer picked it up right off the bat, remaining focused on the proceedings and processing everything as it came without distraction because everything felt so true. No effort was required during that first viewing of Rushmore to understand what Max meant towards the end when he told Miss Cross that he wasn’t hurt that badly. Then she asked him to dance, and Max got the DJ’s attention. “Oh La La” kicked in, and goose bumps rose. The room grew misty, and slow motion dancing commenced among so many odd and wonderful characters with whom the viewer fell in love over the previous ninety minutes. In the end, the film delivered its goods right on time for that viewer, and the buzzy feeling resulting is something close to magic.

If you were able to dig through the delightful and interesting details to find a theme during your initial viewing of a Wes Anderson film, then as time moves on you’ll find that one to be your favorite of his live-action canon.

As well it should be: when it came time to listen to what he had to say, Anderson showed up with exactly what you needed to hear.

[As we walk in slow motion toward the exit and a Lou Reed cover by a Macedonian zydeco band cranks up, what are YOUR thoughts? Sound off in the comments! – Ed] 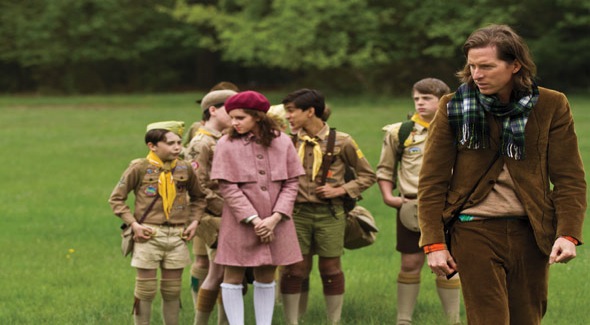 JP Gorman is a writer who lives in Chicago, IL, and enjoys many different kinds of writing. Though he no longer has a website of his own, he is always down to work and can be reached at [email protected] or followed @GormanJP on Twitter.

3 Comments on “You Are Forgiven: A Unified Theory of Wes Anderson Movies”