Here in the USA, we have a quirky tradition: every year, on the Fourth of July, we remember how our forefathers declared independence from our British oppressors, whupped ET’s ass, and preserved freedom for all mankind.

“Mankind…that word should have new meaning for all of us today.”

Oh, and we also shoot off fireworks and eat tasty barbeque. Sorry, got a little carried away there. It’s hard not to, when watching Independence Day is such a great way to commemorate the holiday Independence Day. So to help you celebrate, we’re bringing our favorite ID4-related content at the beginning of this tire-kicking, fire-lighting week:

Mark Lee, Peter Fenzel, and Josh McNeil provide an alternative commentary track to this movie, and it’s packed with insightful analyses and witty observations like the ones in this trailer:

You’ll need your own copy of the movie to sync with our audio track. Instructions are included in the track. Download today!

2. “The 10 Best Things About America I Learned from Independence Day” 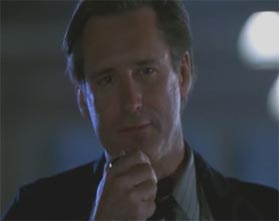 Revisit Fenzel’s stirring tribute to the movie (and the totally awesome nation that inspired the movie). Here’s a brief excerpt:

Invincible aliens unleash giant laser beams that obliterate the planet’s major cities. A complacent and divided humanity does nothing. The aliens move on to other, successively less major cities and destroy those, too. The global population panics, then dwindles.

A cast of unlikely heroes from every walk of American life converges, first on Washington, then on Area 51, a secret American research facility in the Nevada desert. From there, on the 4th of July, helped by a little luck, a lot of dodgy computer science, and one very special alcoholic PTSD sufferer (played with stirring realism by actual alcoholic PTSD sufferer Randy Quaid*), we strike back, slaying our foes, winning the day and saving the world.

If you have not seen this movie, give it a shot. It is probably the best movie out there about the American mind — because it operates on the level of the average American mind, and because it has a lot of heart and charm. It’s a laser-totin’ love letter to the greatness in the American spirit.

* Or maybe Randy Quaid is just a really good actor. After all, this is America. Anything’s possible.

Tell us how you’re celebrating the holiday this year (aside from watching the movie with your copy of The Overview, of course). Shooting off illegal fireworks? Programming viruses on your vintage PowerBook? Working on your Harvey Fierstein impression?

Or maybe you’re (gasp) not an American and are totally baffled as to why we celebrate this holiday in this fashion. Shouldn’t we be reflecting on, oh, I don’t know, our dependence on foreign oil and the willingness of the Chinese to buy Treasury bonds instead of reveling in our past British/alien killing glories?

Well, I suppose we could do that, but that’s far less fun than reveling in our past British/alien killing glories. So whether it’s barbecues, international politics, or some combination thereof, let us know what’s on your mind in the comments below!