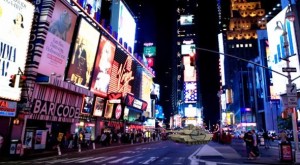 Lee
As you may have read, I saw Rock of Ages recently on Broadway. There are plenty of OTI angles on it, especially with how the upcoming movie will differ from the stage version (change in villains from greedy German real estate developers to fundamentalist Christians), but I wanted to throw this one to the group…

Rock of Ages is pretty much the platonic ideal of an 80s period jukebox musical. It’s the story of a kid who wants to play hair metal on the Sunset Strip. There’s a band on stage, and they rock really hard. The costumes and music perfectly evoke the aesthetics and mood of the time period.

So my question is, what would the ideal 90s period jukebox musical be like? I’d argue that the 90s don’t have as clear of an identity as the 60s, 70s, or 80s. Would it be set in Seattle and feature grunge music? Or what about LA with early 90s hip hop? It could even use the LA riots as a current events backdrop (which Rock of Ages lacked) and would have the side benefit of allowing for Asian characters (I’ve always seen myself as playing a gun-toting Korean grocery store owner in my Broadway debut).

The latter also raises the question: could a hip-hop musical ever make it to the Great White (ahem) Way?

Perich
I would mortgage my future to finance a musical about the golden age of hip-hop, so long as it was set in Brooklyn.

Lee
Well, we can have the best of both worlds. Make it an East Coast vs. West Coast story with thinly fictionalized versions of Biggie and Tupac.

Forget mortgaging your future. I bet something like this could catch fire on Kickstarter.

Belinkie
It would obviously have to be bi-coastal. You might even have to split the stage in two visually, with Cali on the left and New York on the right. Atlanta could have a balcony, but honestly I don’t know how heavily the south or midwest would feature in a golden age hip hop musical.

Also, which story are we telling—a rags-to-riches success story about a rapper rising to the top (which would have to be one coast) or a West Side Story tale of two studios, both alike in dignity (which could feature both coasts)?

Fenzel
You can represent the South with a James Brown figure who appears to one of the characters as he wrestles with his place in the historical legacy of music. You do a medley where a soul/funk song is first played straight, then sampled and incorporated into the corresponding hip-hop song.

Belinkie
Okay, so it’s about two friends that grow up in the Brooklyn projects together. They grow up performing “Rapper’s Delight” on a street corner, free-styling to impress the girls. When one of them is twelve, he gets moved out to Compton. Maybe an aunt adopts him after his mom gets shot. Then they meet again at a rap battle ten years later. They want to resume their friendship, but there is tremendous pressure from their entourages to start a rivalry, show some east/west coast pride. Maybe they each have a hotheaded sidekick/protege who is a little more aggressive and does the violent dis songs.

Oh, and there’s a girl who grew up with them who is now an exec at Atlantic Records. She’s the love interest, and also the “Hey, maybe hip hop could go mainstream!” person. And cast a famous white comedian as some shady promoter type.

Personally, I’d shy away from the “they both are shot” ending, and also the “let’s put aside our differences and record an album together” ending. Maybe we can stuff the girl in a fridge to get the boys to stop feuding.

Fenzel
You can have the East Coast and West Coast rappers at a standoff, guns drawn—and they fire at each other nine times. At the last second, a Midwestern rapper leaps between them, taking all nine bullets and falling in a crumpled heap on the ground, which convinces the two other rappers that violence isn’t the answer as they see its terrible toll.

The Midwestern rapper then gets up, dusts himself off, and sings “Candy Shop.”

Sheely
Matt’s description of the female character reminds me a bit of the song “I used to love H.E.R.” by Common.

In the song he personifies hip hop as a woman and uses her story to tell the story of the evolution of the genre. In the musical, this could be played out literally in this character, tracking the changes in hip-hop and changing with the times, kind of like the Jenny character in Forrest Gump.

Instead of a promoter, the shady white dude could be a record company A&R, the position charged with identifying and signing new talent. I’d very much like if he happened to be a mountain climber who played the electric guitar.

Perich
All right, Belinkie has convinced me the bi-coastal thing can work. (Blessed are those who hadn’t yet seen Belinkie’s response and still believed) Now what’s the tracklist?