“Party Rock Anthem” by LMFAO is in serious need of the Musical Talmud treatment.

(Note: although the zombie theme of this music video is begging for deconstruction, I don’t see it tying into the lyrics, so we’re “bracketing it” from this analysis. But feel free to pick it apart in the comments.)

It’s not a rock song–it’s dance pop through and through–and yet, the title is “Party Rock Anthem,” and there’s a prominent reference to the most rock of rock bands, Led Zeppelin.

Is this meant to be a thorough repudiation of “rock” music as it’s commonly known, or is it cleverly appropriating some of that spirit into a new context?

What does it all mean? 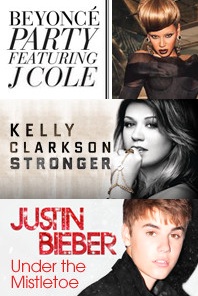 From the iTunes "Pop" section

The song asserts in the opening chorus that “party rock is in the house tonight,” which immediately forces us to confront the tricky definition of “rock” as a music genre. I stated earlier with confidence that this song is clearly not “rock” and that it’s “dance pop,” and most of you would probably agree, but we need to ground ourselves in some common understanding of these labels.

Musically speaking, the simplest way to set “rock” against “pop” is instrumentation. “Rock” music is typically driven by the guitar and backed with acoustic drums and electric bass, while “pop” is more likely to rely on electronically generated sounds for its instrumentation. And although “rock” music has incorporated more electronic sounds over the years, the guitars are still very much front and center in the sound. Let’s use the iTunes top “rock” songs list as shortcut to illustrate this. Scan through the artists and listen to the previews. This is the sound of modern rock. Now do the same for the iTunes top “pop” songs list. Way more synth, way less guitars. So it’s no surprise that iTunes classifies LMFAO in the “pop” genre. 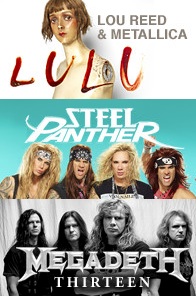 From the iTunes "Rock" section

OK. That was a long-winded way of establishing that musically, no one is going to accept this as “rock.” But what about the non-musical aspects of “rock”? Consider the following phrases:

“This party is rocking.”

These expressions of enthusiasm, energy, and power obviously have roots in the energetic aspects of rock music, but can be used to describe things that are, strictly speaking, non-musical. Hence LMFAO’s ability to channel “rock” in a non-rock song.

But here’s the problem. All of the examples above use “rock” in the verb form. A subject does the “rocking,” or is characterized by “rocking.” But in the song “Party Rock Anthem,” the word “rock” is used exclusively as a noun, as a thing that’s “in the house.” We’ve already established that this song isn’t “rock music,” so if that’s not “in the house,” then what is?

LMFAO has effectively created a new definition for the noun “rock.” “Rock” is a state of mind, not a music genre. LMFAO is simply taking the evolution of the culture that grew up around “rock” music to its next logical step: divorcing it from its source music altogether.

But it’s not that LMFAO wants rock music to die, nor are they necessarily mocking it by calling a dance pop song a “Party Rock Anthem.” No, they’re just tapping into the benefits of rock culture without using any rock music because the larger music cultural context allows them to get away with this. “Rock” musicians are no longer the cultural titans that defined American popular music with their monster guitar solos and crunchy power chords. In a fractured “rock” landscape that includes everything from the Insane Clown Posse to Foster the People, no “rock” hegemony exists to challenge a “Party Rock Anthem” that is not a rock song. 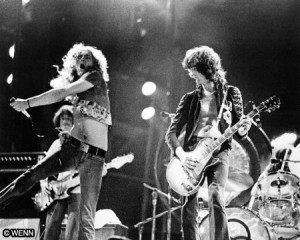 But that rock hegemony used to exist. It was led by bands like Led Zeppelin, which LMFAO seems to be writing off in these lyrics:

We party rock yea!
That’s the crew that I’m repping
On the rise to the top
No led in our zeppelin

It’s clear that LMFAO considers themselves to be ambassadors of this new rock-less rock and are not ashamed of it (“that’s the crew that I’m repping”). It’s also clear that they see themselves, and presumably, their rock-less rock, ascending in popularity and achievement.

But their vehicle for ascendance is still a “zeppelin,” albeit a “led”-less one. We see in this a reflection of how LMFAO has appropriated of the cultural spirit of rock (zeppelin) without its musical and occasionally pretentious, moody thematic features (led). They clearly feel that they aren’t weighed down by this burden and are thus able to make rock-less rock music entirely on their own terms. 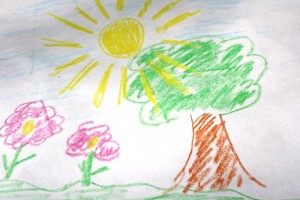 I guess I do see a little Monet in this...

LMFAO, a dance pop music duo, is boldly advancing its “party rock” music, one that is devoid of any musical aspects of rock but seems to be channeling the broader culture of rock. It’s easy to write this off as a careless misappropriation of one art form into an highly dissimilar form. Like evoking nineteenth century impressionist oil paintings when talking about a crayon drawing just because they’re both renderings of a tree.

I don’t entirely disagree with this statement. But do give LMFAO credit for boldly defying the commonly accepted use of the word “rock” in music. And lest we forget, rock music was born out of defiance of social and musical norms. So perhaps it’s only natural that once “rock” itself has become a norm, “rock” will come along to challenge it.

17 Comments on “The Musical Talmud: “Party Rock Anthem” by LMFAO”