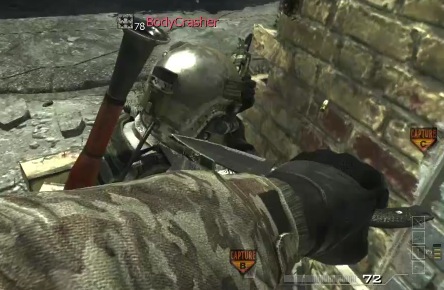 “Bloody knifers,” grumbles Neil over the headset. “They ruin the whole game.”

I’m crouched on a rooftop in a Brazilian favela. My primary weapon is the FAMAS assault rifle. My secondary weapon is the SPAS-12 tactical shotgun. I’ve got a pocket full of Semtax explosives and flash grenades. And somehow, I have been stabbed to death five times in the past two minutes.

It’s not entirely due to my own ineptitude. These knifers have a few special abilities that make them slippery foes. They don’t show up on radar. They sprint nonstop. They can somehow stab me from ten feet away, and it’s an automatic one-hit kill. There’s four or five of them playing as a group, and they are like a clan of unstoppable ninjas.

Apparently Sean Connery was wrong: you SHOULD bring a knife to a gunfight.

“Seriously, they got me a few times too,” Neil assures me. “Don’t feel bad.”

Neil is a veteran Modern Warrior who has graciously volunteered to train me. And speaking of Sean Connery, Neil’s got a full-on brogue. It’s approximately 4 am in Glasgow. He’s got a night shift coming up the next day so he’s grateful for something to keep him awake. On the other hand, he’s often frustrated with the multiplayer crowd at this hour, which is mostly Americans instead of the Europeans he usually fights. 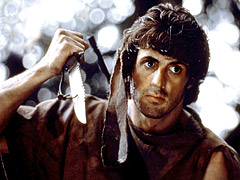 “I don’t want to sound like a typical European, dumping on the United States,” he explains, “but Europeans play the game a little more fairly. Because I’m British I have this insane love for rules and sportsmanship. The fact that a knife-lunge can beat a shotgun blast is ridiculous but these guys don’t care.” I smile at this. It reminds me of General Cornwallis in The Patriot, with his stubborn belief that war should be fought by groups of men marching at each other across an open field. When Mel Gibson’s character launches a highly successful campaign of guerilla warfare, Cornwallis is horrified at how uncivilized it is. I don’t share Neil’s disdain; after all, these knifers are just playing the game the best way they know how. Actually, I find it kind of patriotic.

It’s 10 pm on east coast, and the servers are dominated by the best American players. Keep in mind this game has been out for two years (that’s like ten years in video game years), and since a more recent Call Of Duty game has been around since last November, the people who are still playing Modern Warfare 2 must REALLY love it. Before every match, everyone’s screenname and rank is displayed on the loading screen. I’m level 4. The second-least-experienced guy is level 27. Nobody besides me is venturing into this game for the first time; I’m the last of the noobs. I like to think that when Modern Warfare 3 is released in a couple weeks, it will be some clean slate where everyone will start out in a prelapsarian state of noobness, bumping into walls and shooting themselves in the face. But realistically, these hardcore players are going to be just as dominant. Everyone may start at level 1, but not everyone will be a noob. 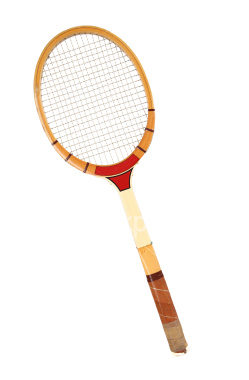 This is what I have to work with.

Neil began the training session by helping me create a few custom “classes.” These are preset combinations of weapons and perks. For large, wide open maps, I use a heavy machine gun and a perk that makes the bullets hit harder. For smaller interior spaces, there’s a light machine gun and a perk that makes me a little faster. Creating classes had always seemed intimidating to me, but Neil explains it all really clearly and it starts to add up. Someday, I’ll have enough experience points to unlock better weapons, special scopes, and niftier perks. Unfortunately, to get those experience points, I have to kill a lot of guys who ALREADY have all the weapons and perks. Imagine if the first time you played tennis, they started you with one of those wooden rackets from the 1950s, and the only way you could get a nicer one was to beat the club’s resident pro.

But I should also mention in the spirit of full disclosure that even if I had the fanciest scope in the world, I might not be able to hit anything with it. Time after time, I spot my target and squeeze the trigger a split-second after my soldier crumples to the ground, full of holes. In Modern Warfare 2, it often only takes a couple bullets to finish you off; firefights are over by the time I can react. When I do get the jump on my adversary, I often miss him, which tips him off to where I’m standing so he can throw a grenade in my face while I’m reloading. In the back of my head, I know I need to keep moving. I know I need to crouch or lie down as soon as the first bullet whizzes past my ears. I know that when I hear a harrier jet hovering overhead, I should probably go inside for a while. But this isn’t a game where you have time to think. Neil can teach me what gun to use and walk me through every map, but at the end of the day I need muscle memory.

Here was the most instructive part of the training session. After I created my classes, Neil took me into a private match, where he ran around in circles so I could get the feel of various guns. “Don’t forget to trust your auto-aim,” he told me. “When you pull the trigger to aim, your scope locks on to a nearby target.” This is true in the campaign mode, but when I tested it, I realized there was no auto-aim for multiplayer. Neil was shocked. He really thought your scope locks in on a target. And I suppose after playing for two years, it kind of does.

A long time ago, someone told me that if you want to get good at picking up women you need to get rejected a thousand times. Each time it happens, you learn something, so you should welcome rejection as a necessary learning experience. Instead of saying, “I am going out tonight to get three phone numbers,” you should say, “I am going out tonight to get rejected ten times.” You’ll not only get a lot better at flirting and lose your fear of getting shot down, but you’ll have a better time.

I think about that while I’m getting knifed in the back, on my way to finishing the match with 3 kills and 12 deaths. “Nothing you could have done,” says Neil. “The guy would have got me too.” He’s relentlessly reassuring, perhaps worried that I’m going to get frustrated and go play Angry Birds instead. He needn’t be. The way I look at it, the more I get killed, the closer I get to not sucking. And by that measure, my first training session has been successful indeed.

7 Comments on “Modern Warfare Basic Training, Week 1: The Last of the Noobs”