I spotted this clever t-shirt on the convention floor at New York Comic-Con: 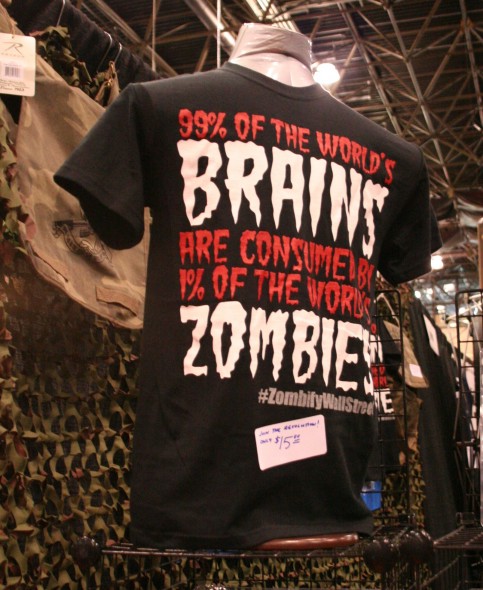 It did draw a laugh from me, but why stop there? Let’s subject the shirt’s assertion to a level of scrutiny it probably doesn’t deserve: is it possible for 99% of the world’s brains to be consumed by only 1% of the world’s zombies?

Is there an elite class of privileged zombies that have access to the tasty brains and leave only the scraps for less fortunate zombies? Should there be an extra brains tax on the elite 1% of the world’s zombies? And most importantly, why have the other 99% of zombies tolerated this inequality for so long, and when are they going to do something about it?