This Open Thread contains 7 minutes of additional footage which nobody thought were necessary.

First off, FOOTBALL! Our American audience will already know that professional football, a season on the edge due to a labor lockout, started up again last night. Last season’s champion Green Bay Packers defended against the New Orleans Saints in Wisconsin, winning 42-34.

In case this wasn’t enough football for you, here’s some good news: ESPN has secured the rights to Monday Night Football through 2021. Kind of weird to be talking about the year 2021 like it’s a thing, isn’t it? Civilization, and football, will still exist in 2021. That’s good to know.

Not into football? Perhaps musical theater is more your speed? Well, Mr. and Mrs. High Class, check this out: Nick Jonas is replacing Daniel Radcliffe in How To Succeed in Business Without Really Trying on Broadway. For teen pop idols who need to break out of typecasting, this is apparently the role to play.

You don’t think you’re good enough for the stage? Try some movies, then! Your options are Warrior, which is like The Fighter but with MMA (a movie I think they’ve tried to make once or twice already) or Contagion, the movie with that terrifying Gwyneth Paltrow poster. 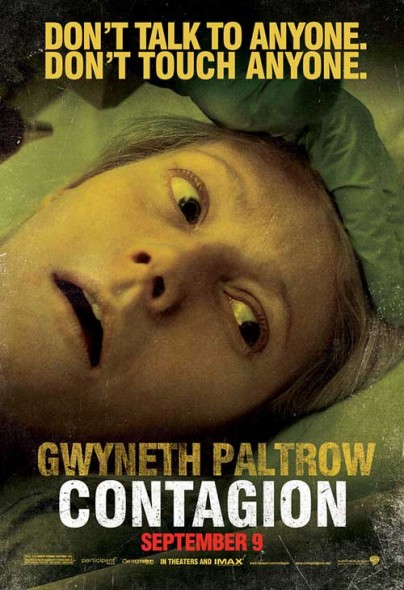 Comment of the Week came to us via email in the form of a link from Michael G. to “Don’t Come to the Dark Side: Acquisition Lessons from a Galaxy Far, Far Away” (.pdf), an article by Lt. Col Daniel Ward, USAF, in the latest issue of Defense AT&L. Ward observes the following:

The Death Star’s lackluster contribution to the fight is reason enough not to build one, but serious problems emerged long before it was declared operational. In Return of the Jedi, viewers gain a fascinating insight into the programmatics of Empire acquisitions. In the single most realistic scene in the whole double-trilogy, Darth Vader complains that the second Death Star construction project is … behind schedule. In fact, much of the drama in Episode VI revolves around this delay.

“Consider the implications of pop culture’s most notorious schedule overrun. In the Star Wars universe, robots are self- aware, every ship has its own gravity, Jedi Knights use the Force, tiny green Muppets are formidable warriors and a piece of junk like the Millennium Falcon can make the Kessel Run in less than 12 parsecs. But even the florid imagination of George Lucas could not envision a project like the Death Star coming in on time, on budget. He knew it would take a Jedi mind trick beyond the skill of Master Yoda to make an audience suspend that much disbelief.”

Could Daniel Radcliffe and Aaron Rodgers save America from a pandemic? Or is there something we missed? Sound off in the comments, for this is your … Open Thread.