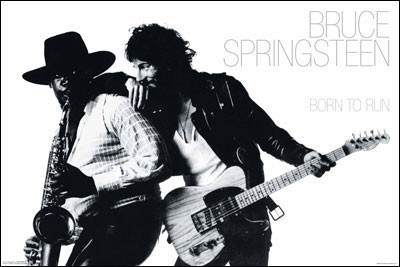 Late in the evening of June 18, 2011, news broke that Clarence Clemons, saxophonist for Bruce Springsteen’s E Street Band, passed away at the age of 69. Fans immediately took to Twitter and Facebook to express their grief and celebrate the man’s music, myself included:

There’s a lot to be said about Clemons: he was the only black man in an all-white band, his sound was a crucial component of the Springsteen rock/R&B fusion that powered his meteoric rise to fame, and his special friendship with Springsteen was the apotheosis of rock ‘n’ roll bromance. That’s been well covered in other places, so I’d like to take this moment to examine the Clemons sax solo, the one from “Jungleland” in particular.

If you’re not familiar with it, well, shame on you for not knowing it. Acquaint yourself post haste. Listen to all 10 minutes of it, but pay close attention to Clemons’s solo, which starts at around 4:20 and kicks into high gear at around 5:15:

My God, what a loss.

Let me try to explain what exactly about this solo is so great and why fans so readily turn to it when remembering Clemons.

First, we need to consider it in the context of the overall song. “Jungleland” is a sprawling 10 minute epic consisting of five parts: intro, rocking verses, epic sax solo, somber final verses, and rousing finale. The intro sets the stage (“Together they take a stab at romance and disappear down flamingo lane”), and the rocking verses create an explosion of energy, excitement, danger and promise of fantastic things to come (“The hungry and the hunted/explode into rock ‘n’ roll bands/They face off against each other out in the street/down in Jungleland”).

The song reaches its climax halfway through with the Clemons sax solo, when the pounding, frenetic pace of the rocking verses gives way to the slower, more deliberate tempo of the solo section. It’s the perfect setup: after the frantic, desperate struggle among urban youth, there comes a moment of soaring triumph. They’re standing on top of the world, neither running nor hiding. But it can’t last forever; in the somber final verses, the same chord progression of the Clemons sax solo continues, but without any of the triumphant instrumentation. After triumph comes defeat: “The rat’s own dream guns him down.” The rousing finale brings it all home with Springsteen and Clemons exchanging plaintive, mournful cries from their respective instruments (Springsteen’s voice; Clemons’s sax) against the backdrop of rapid fire sixteenth notes from the piano. 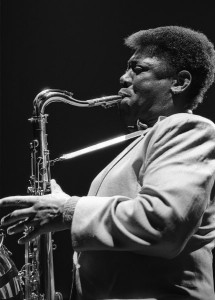 All of this is to say that the sax solo, situated right in the middle of this epic song, is the lynchpin that holds the whole thing together. The first half of the song builds up to it, and the last half of the song looks back mournfully to it. So structurally, it’s set up perfectly, but it needed Clemons’s execution to actually work. And this is where everything that fans love about Clemons’s sax work comes into play. He coaxes an impossibly raspy tone from his horn that is the perfect complement to Springsteen’s voice’s raspiness. He covers the entire range of the tenor sax during the solo, saving the soaring high notes for the middle before bringing it down low to transition to the somber final verses.

All of this adds up amazingly well on the album’s recording, but it takes on a particularly transcendent quality when seen live in concert. Part of this is the anticipation; the other part comes from Clemons’s powerful stage presence. With his charisma and 6 foot 4 inch frame, he always loomed large on stage, but for the moment of this sax solo, he positively dominated.

The world seemed to revolve around him as his notes pealed across the stadium.

Time stood still as both the fans and the band basked in his glory.

Clemons has been called a “side man” and “sidekick” in various obituaries, which is largely true. But for moments like the “Jungleland” sax solo, he was the main attraction, an unconquerable force of nature. He was arguably the only other person in the E Street Band that could hold a candle to Springsteen in this regard, which explains both the power of attraction between the two men as well as the power of their symbiosis.

And that brings me to the last thought on Clemons’s passing. The pairing of Springsteen and Clemons was so strong, so natural, that it seemed like it could last forever. That it should last forever. But just like the characters in the song “Jungleland,” their moment of glory had to come to an end. And just as the chords from the sax solo section carried on without the sax, so too does Springsteen carry on without the sax. Still there, but sad and reflective, not bombastic and triumphant.

Clarence Clemons, you and your music will be missed. Thank you for leaving behind not only an amazing body of recorded work, but also those amazing moments in concert when the world revolved around you, when time stood still while you played the saxophone.