The death toll following the Tohoku Quake has been substantial. The damage to Japan’s infrastructure has also been severe. The loss of several nuclear reactors has not only threatened Japan’s environment with radiation, but has limited Japan’s power supply. Streets and buildings have been wrecked from tsunami waves. The loss of life is tragic; the loss of the ability to rebuild may compound the tragedy.

Yet some people see opportunity.

“If you look, this is clearly going to add complexity to Japan’s challenge of economic recovery,” [Larry] Summers said. “It may lead to some temporary increments, ironically, to GDP, as a process of rebuilding takes place.”

After the Kobe earthquake in 1995 Japan actually gained some economic strength due to the process of reconstruction, he added.

This kind of thinking has its roots in the economic philosophy of John Maynard Keynes.

Without putting the audience to sleep, Keynes believed that aggregate demand was what drove economic growth. Inadequate demand was what led to unemployment. Therefore, in times of high unemployment, it made sense to take artificial measures to stimulate demand. That idea was captured and expanded in the 60s by the “Neo-Keynesian” school. Their suggestions that deficit spending could help boost a nation out of an economic crisis caught fire amongst policy makers. The notion of “economic stimulus” remains popular to this day, on both the right and left wings of politics. 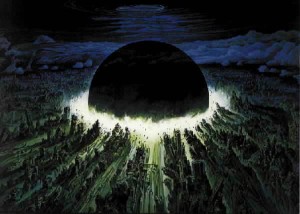 Sure, this looks bad now. But the GDP potential is tremendous.

Keynes wouldn’t cheer the destruction brought about by the Tohoku Quake (neither, I should note, does Summers). But he would probably say that the rebuilding phase would spur demand in Japan’s industrial base. This would lead to increased jobs, increased investment and greater economic growth.

This sounds plausible. It’s the sort of thing that’s said about lesser crises, like the 2008 credit market collapse and the resulting American bailout. The alternative – the “austerity plans” that our European readers are probably getting a taste of – are monumentally unpopular. And it has the advantage of meeting a crisis proactively and with hope.

But if spurred economic demand will result from rebuilding Japan, what might a rebuilt Japan look like?

Why do cities exist?

Cities exist to allow for the convenient exchange of resources – in the form of labor, intellectual property or regular ol’ goods and materials. In ancient Mesopotamia and the Indus Valley, the most important resource was water: proximity to a river or spring. As agriculture and trade began to spread, cities began to spread other resources: finished goods, imported luxuries, skilled labor, food. Walls, roads and irrigation were built as needed.

Every city in history grew to its size because people found it worth their time to move there. London gets a lot of rain and fog due to its geographic location. But its proximity to the Thames River makes it a hub of trade and industry. People have flocked to London for hundreds of years, making it one of the densest cities in the world.

Outside of games like Civilization, no one ever builds a city by picking a spot at random and saying, “There.” And when people try, the result often falls apart (see Dubai). Watch what happens to a city when its primary resource – such as manufacturing in Detroit, or credit in Las Vegas – is threatened.

Cities arise organically. People move to a city because they need what that city has to offer. They invest in a city because they think the city will be productive. This growth is not random – existing power structures will define what goes where. But that definition doesn’t always work.

It’s possible to choke off a city’s growth, or to build it in unnatural and useless directions. James Howard Kunstler gets particularly cranky about this sort of thing, as epitomized in this biting, funny, depressing and informative TED talk from 2007:

Kunstler’s talking about suburban sprawl primarily. But he also talks about some dense spots of urban misallocation, like Boston’s City Hall. Boston’s City Hall Plaza in Government Center is possibly the ugliest building in America. It’s a malformed concrete block that sits at the center of a vast, shallow plaza. It discourages lingering. Everyone who approaches it has their hackles up; everyone who exits it is in a hurry to get away.

Kunstler’s concern in this TED talk is “places not worth caring about.” He’s concerned about the language of architecture – what do the buildings in a public space say to its residents? And architecture has a language, the same way that dance, painting, music and writing do.

What happens when a bunch of foreigners take over a country whose language they don’t speak?

In order for Japan to recover from this tremendous disaster, it will need a substantial influx of foreign capital. People will need to invest in Japan. Japan cannot rebuild on its own, not with the damage it’s suffered to its infrastructure. “Buy when there’s blood on the streets,” goes the (somewhat unpleasant) saying. 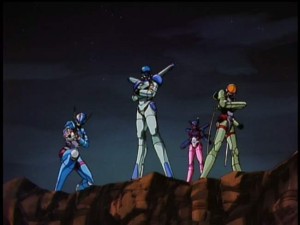 Americans have been leery of foreign investment for years. There was massive concern about the Japanese “buying up America” in the late 80s and early 90s, typified in the Michael Crichton novel (and Wesley Snipes / Sean Connery film) Rising Sun. When America’s net imports exceed its net exports – which is the case as of this writing – it’s always presented as a “trade deficit,” not a “credit surplus.” In reality, though, it means the same thing: America has a lot of foreign countries (such as China) willing to invest in it, not as many willing to buy its products.

Japan has always looked like a country ready to embrace Western ideals and Western investments. Ever since the Meiji Restoration, Japan’s embrace of capitalism has been almost quicker and more thorough than America’s own. But the relationship hasn’t always been fruitful. Sarari-man civilization has its discontents: cubbyhole hotels, depression and suicide, disaffected youth. 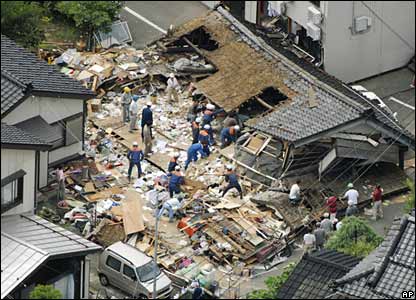 Bubblegum Crisis and Akira reflect this dissatisfaction with foreign investment. In the face of a disaster, corporations and governments step in to rebuild Tokyo and make it more productive than before. But in doing so, they replace public spaces that had centuries of tradition with monolithic buildings. These massive arcologies each have one purpose – to house and employ the workers of a particular corporation. If you’re not part of that corporate culture – if you’re a runaway “Sexaroid” Boomer, perhaps, or a motorcycle gang – where do you go? What part of the city is yours?

Does this mean that we shouldn’t send money to Japan – whether as charity or as investment? No. But it means that Japan has long been afraid of the effect that foreign investment can have on its culture. Thousands of homes, shops and public spaces were swept away by the Tohoku tsunami. Japan does not have the infrastructure, or the credit, to replace them. This means that the decision as to what goes into those vacant spaces will be made by government institutions or international corporations.

Will those monolithic powers have Japan’s best interests at heart? We must hope so. But anime fans have reason to be worried. 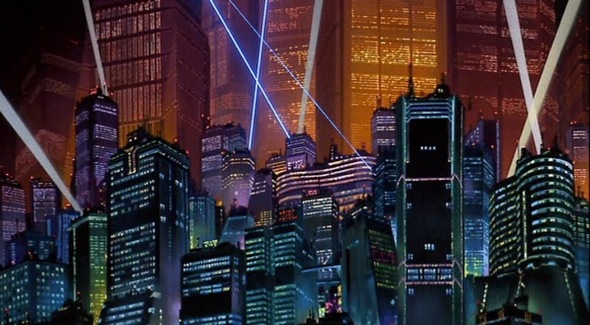