When blogging for OTI, I try to avoid talking about the economic factors that go into the production of art. Economics can seem simplistic – like a “just-so story” – or reductionist. Why does The Walking Dead spend so much time at the campsite? Because they had a limited budget and could only shoot on a few sets. Done! Hit “Publish” and kick back until next week. When all you have is a bachelor’s degree in economics, everything looks like a widget factory.

But when talking about the overall logic of why one show succeeds and another largely identical show fails, economics can’t be avoided. You have to talk about what the market looks like, who the biggest producers and consumers are, and how the incentives line up.

From the earliest days, the role of commercial broadcasting has been to sell consumer packaged goods. Whether cigars (William S. Paley and the CBS radio network), home stereos (RCA and its NBC network) or laundry detergent (the “soap opera” genre), advertising has been the stream that keeps television alive. Advertising dollars are the reason the size of an audience matters. Larger audiences mean more ad exposure, and more ad exposure means a lift in brand awareness and sales.

The mere presence of advertising doesn’t change a medium. Summer stock theater companies take out quarter-page ads in their programs to defer the cost of stage lights, but no one accuses the Shreveport Players of being sell-outs. Tina Fey, Robert Carlock and the other writers of 30 Rock didn’t get into TV writing in order to sell more washing machines. And the thousands of auditioning hopefuls on American Idol, as silly as we may find their ambition, didn’t wake up that morning hoping to shill for Coca-Cola.

But you don’t need to love a product when the product dictates the medium. When you put a writing team in the same room as $50 billion in annual ad revenue, the money talks a lot louder. If you think you can talk louder than the money, then try writing a sitcom script that runs longer than 24 minutes.

(And some folks don’t mind selling out. George Axelrod, writer of the screenplays for Breakfast at Tiffany’s and The Manchurian Candidate, used to write for radio sitcoms. An ad man offered him a case of scotch every time a certain product was mentioned in the course of the show. So Axelrod introduced a recurring character named “Maybelline Mascara.”)

So: the point of primetime television is to sell consumer packaged goods. Who buys consumer packaged goods? Middle class Americans. The working poor don’t have a lot of disposable income; the truly affluent don’t care. But when the middle 60% of America stares at the shelves in their local grocery, they need something to distinguish between one brand of toilet tissue and another. Is it the softness of the sheets? The hint of lotion or pleasing scent? The density of the tissue? The number of sheets per roll?

That’s where advertising steps in.

Television is such a universal presence in America that it’s hard to think of TV viewers as having identifiable traits. But, in a broad sense, they do. Primetime TV viewers tend to have jobs. They’re likely to be members of families. Those two data points right there make them the target audience for a large quantity of household items: major appliances, minor conveniences, snack foods and soda water. And marketers can save a lot of money by making sure their ads for washing machines are viewed by people who can afford them.

So if the money defines the medium, then the medium follows the audience. You could diagram it like a water vapor cycle. Consumers spend $78 billion on Proctor & Gamble products in 2010. P&G takes at least $8 billion of that to spend on marketing. Of that, P&G probably spent about $2.7 billion, maybe more on TV advertising. Television networks take that $2.7B, along with $48B from other advertisers, and use it to fund shows. These shows are watched by millions (formerly “tens of millions”) of households, which then buy consumer products. 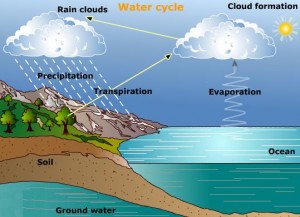 The role of marketing dollars in primetime broadcast television is inextricable. Yet we don’t give it much consideration when thinking about the type of art that broadcast TV produces.

Cable still relies on advertising for revenue, but less so than broadcast TV. This is why you’ll find a diversity of styles, voices and stories on cable. This is why, for example, Treme, a notoriously dense series about an artistic neighborhood in New Orleans, debuted on HBO instead of CBS. This is why Comedy Central features late 80s Tom Hanks movies, second-tier stand-up comedians and cartoons spewing obscenities, all of which would be a hard sell to NBC. Each channel can find its own market, rather than competing for the same slice of middle class America.

Cable didn’t used to be a source of fresh, experimental voices. But as more money flowed into cable, a greater willingness to experiment was born. Cable companies are smaller holdings of larger media empires – Viacom owns Comedy Central, BET, MTV, Spike and Nickelodeon among others. Each of those has (limited) license to pursue its own agenda because it’s a smaller piece of the pie. Sumner Redstone’s not going to go hungry if the latest episode of 106 & Park makes a joke about Hillary Clinton. 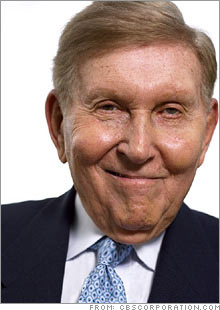 I know you were worried about him.

So while money dictates the medium to a certain extent, your ability to command a niche audience gives you freedom. And that, to bring it back to the beginning, is why Netflix is helming a TV series.

Netflix has made its millions on “long tail” order fulfillment. For the dozen of you who don’t care about Web 2.0 economics, the “long tail” describes the buying patterns of consumers when faced with a wide variety of (certain types of) products. Take books, for instance. Hundreds of thousands of people buy the latest Harry Potter novel. Tens of thousands buy whatever Lee Child puts out. And a few thousand buy the work of Joe Abercrombie. This pattern continues to dwindle until you get small-press books at the far end of the curve that struggle to sell a hundred copies a year. 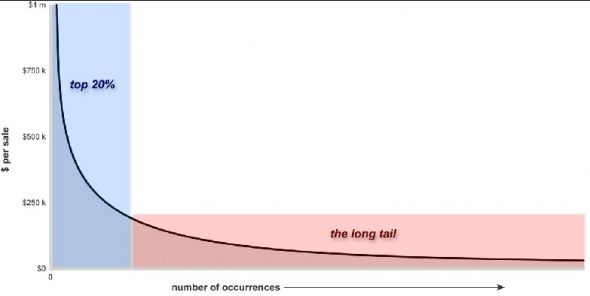 Work this and 'Six Sigma' into your conversations at work to sound like more of a douchebag.

Amazon.com (since we’re talking about books) didn’t destroy Borders by selling thousands of copies of Harry Potter. They destroyed Borders, and smaller bookstores worldwide, by being the best place to find the books that no one else had in stock. Conventional bookstores couldn’t afford to stock a book that nobody wanted – inventory space is one of the most important costs to manage. But to Amazon and its network of wholesalers, all books are equally accessible. Amazon makes its money off the long-tail: being the most reliable source for the tens of thousands of books that nobody’s ever heard of.

Netflix is in a similar position. Big box retailers and DVD sellers are trying to take some market share back from Netflix by forcing licensing agreements on them: they can’t release the latest hot movie until every other store has had it for four weeks. But that doesn’t matter. Customers don’t pay Netflix $9.99 a month to get their hands on new releases. They pay Netflix so that movies that have been out on DVD for six weeks – or six months, or six years – can get delivered to their house. Netflix doesn’t make its money on the hottest 1% of the market. They make it on the lukewarm 99%.

When it comes to niche audiences, Netflix has a unique advantage. They can command every niche.

Viewed in this light, Netflix is perhaps the perfect home for a character-driven political drama based on a British series that’s more than twenty years old. Any given cable network that took a chance on buying this series would have to hope that its audience would go for it. But Netflix’s genius is in aggregating audiences. Criterion classic snobs, buddy comedy fans, action fanatics and chick flick sweepers all tune into Netflix for what they want. If a remake of House of Cards can’t find an audience on Netflix, it can’t find an audience anywhere in America.

And maybe the success of House of Cards will be a lesson to the Arrested Developments and Fireflys of the world. Quality, integrity and originality aren’t enough to make your show a success. You also have to make sure you’re targeting the right audience. And, to a growing extent, that audience is not watching broadcast TV. 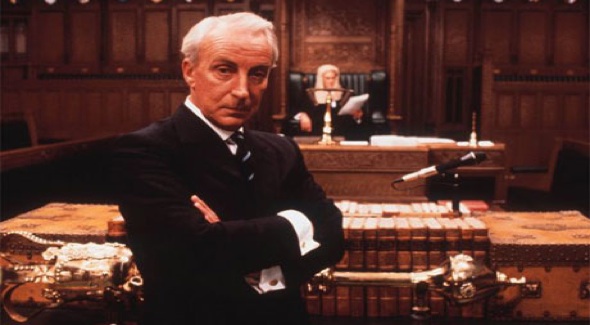 38 Comments on “The Economics of Niche Programming”