Hey readers! If you go by the Gregorian Calendar, and you write out the date using American shorthand, it reads 1/21/11. What does that mean? The stars have ordained an Open Thread!

First, American Idol is back, with new celebrity judges Steven Tyler and Jennifer Lopez. Your correspondent’s take: it feels simultaneously too early for Tyler to be a fixture on reality TV and too late for Lopez. Ryan Seacrest, however, is in the role he was born to play. 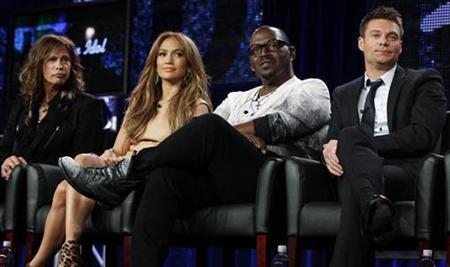 Fans were treated to some teaser pics from X-Men: First Class, hitting theaters this summer. Your correspondent’s take: deviating from canon by making Charles Xavier, Emma Frost and Havok contemporaries is an odd choice. But then, I always encourage deviating from canon if it means a better product. 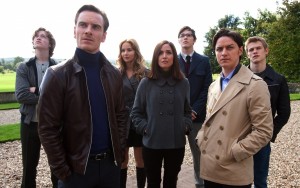 New casting details announced for Christopher Nolan’s next Batman pic: Anne Hathaway as Catwoman and Tom Hardy as Bane. Your correspondent’s take: could this mean a Nolan-style gloss on the infamous Knightfall storyline? Let’s just hope this one doesn’t end up on a treadmill (am I dating myself? do people get that?).

And a quick rundown: Ricky Gervais blows up the Golden Globes; No Strings Attached fires the first shot in the War of Sexing Friends; there’s a new Spartacus series, in case you needed more breasts and/or blood; and Warner Music Group is on the auction block if you’ve got $360 million lying around.

If Magneto held the cast of American Idol hostage, could Batman stop him? Or is there something we missed? Sound off in the comments, for this is your … Open Thread.