Welcome to the first Open Thread of 2011, Overthinkers! Power down your jump packs and check this conflarb out. 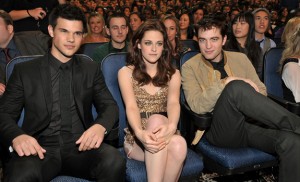 No, no, look LESS comfortable.

If the fall is For Your Consideration season, the time studios flood the theaters with Oscar contenders, then early winter is Please Ignore Me season, when studios dump their crap in the hopes that you’ll forget it by the Razzies. First on the docket this year: Nicholas Cage medieval actioner Season of the Witch. If you thought The Seventh Seal needed more flying demons and blood-spraying corpses, then oh baby, this movie will still disappoint you. Also features Ron Perlman.

Finally, reports continue to slip past the Iron Curtain about the nonsense that men call Spider-Man: Turn off the Dark. I point you to one brave correspondent, who witnessed horrors thus:

No such breaking point exists in Turn Off The Dark. Instead, it is a series of breaking points. Every time you think to yourself this couldn’t possible get worse, it does. By the middle of the second act as Our Hero faces his greatest crisis yet and the action stops so that a chorus of spider demons can sing a song about shoes, your jaw will drop with disbelief and conflicting emotions. On the one hand, you’ll be shocked things have gotten this bad. On the other, you’ll be shocked that it got even worse than it was half an hour ago when a Caribbean subway busker showed up to open the second act Rafifi-Style only to then disappear from the narrative, never to be seen again.

Will Nicholas Cage bring Julie Taymor to the Hollywood Bowl for a ritual exorcism and burning? Or is there something we missed? Sound off in the comments, for this is your … Open Thread.