In movie news, The Voyage of the Dawn Treader, The Tourist and The Fighter open this weekend. Though they sound like they could all be about one epic game of Dungeons and Dragons, one is a C.S. Lewis adaptation, one a remake of a French thriller and one based on a true story.

In “remember when they were big in the 90s?” news, satellite radio figurehead Howard Stern renewed his contract for another five years, and Wesley Snipes went to federal prison for failure to file income tax.

Finally, our hats off to John Lennon, murdered thirty years ago this week. One of the most successful artists in history when it came to blending genres, he forced us to admit that maybe pop culture – which he produced a lot of – deserved some scrutiny. We remember him forever young. 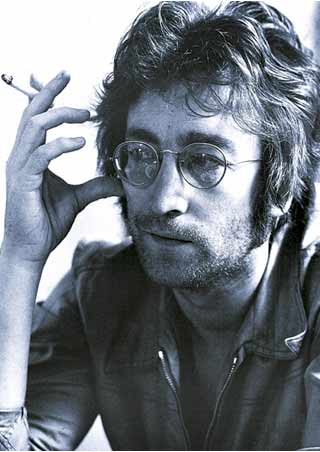 If one billion people thought you held the secret to world peace, wouldn't you look a little ragged?

And a reminder: you have one week left to tweet your favorite article of 2010 and win a T-shirt! Just post a (shortened) URL to your favorite article on Twitter, making sure to include @overthinkingit (so we see it) and the hashtag #otis. The winner of the first free T-shirt will be announced next Friday. And if you don’t win, don’t fret – there will be a second drawing at the end of the month!

Will John Lennon return from the dead to guide Wesley Snipes on a quest around the world to reunite ancient island kingdoms? Or is there something we missed? Sound off in the comments, for this is your … Open Thread.