Ha-ha! I have vanquished Perich yet again, and return as your guest spinner (weaver? twister?) of the open thread. And yet I find myself in a bit of difficulty: The movies, usually fertile ground for overthinking in this space, seem to me a barren source of amusement. I mean, maybe you want to see It’s Kind of a Funny Story or Secretariat, but I don’t really, and I think the latter is interesting mostly because it seems to signal the dection Disney is heading and the kinds of live-action movies they’re likely to keep making.

Fine, then, let’s peer into the future, and talk about some things we’re waiting for. The internets have been abuzz recently with the trailer for Julie (Titus) Taymor’s adaptation of The Tempest:

(I’ve embedded it in high-def; switch down if your internet connection is making it stutter.)

In honor of Helen Mirren’s go at Prospero, and in honor of Shakespeare, king of cross-dressing, tell us: What character from a great work of art would you like to see cast with an actor of the opposite sex?

Keeping the culture high, we turn now to the world of literature, where we find that Peruvian writer Mario Vargas Llosa has been awarded the Nobel Prize in literature. I’d leave it there, except that while we’re on the subject of cross-gender casting, the linked article (on the LA Times awards blog, “The Envelope”, which either denigrates or ennobles [ha!] the Nobel by placing it along side the Golden Globes and the MTV Video Music Awards) contains this choice correction:

Continuing our theme of sexual ambivalence, but moving now from high to lowest culture, we find that Bristol Palin, who had made a point of insisting that she would only be dressing modestly during her run on Dancing with the Stars, has announced that she will be dressing sexy next week. Get excited people. 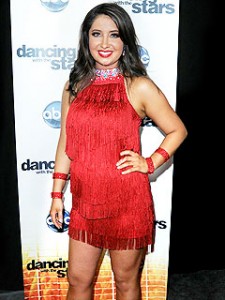 Says the younger Palin, “I’m definitely nervous for next week, because I have to be sexy in the dance and I have to find the sexy in me.” Moving along without comment…

Since we’re discussing These Fun-loving Teenagers, please allow me just one more: A senior at Duke University has created  ranking of all the dudes she’s slept with. Says one extremely perceptive Duke undergraduate, “It’s funny because we know the people on it.” What’s their major… obviousness?

I’ve been a little stingy with the questions, I know, so here’s a couple for you:

Finally, from the “End of the World” Department, FOX’s hit TV show Glee has sent more singles into the Hot 100 than the Beatles. Since Glee is now bigger than the Beatles, who were bigger than Jesus, and since this news surely betokens the end times, let us know: What are you going to spend the last few days of your life doing? (Or are your prayers to Grilled Cheesus sending you straight to heaven?)

For though I speak with tongues of men and of angels and have not Overthinking, I am but a sounding gong or a clanging cymbal. Make a joyful noise, for this is your… Open Thread!