In music news, Jay-Z and Eminem rocked an epic concert at the new Yankee Stadium this week. Special guests included Dr. Dre, 50 Cent, Kanye West, Coldplay’s Chris Martin and Beyonce. The sound was so real, Derek Jeter had to fake getting hit by a pitch the next day just to bring balance to the Yankees.

(For Eminem and Jay-Z to play a concert in the Bronx, dienu) 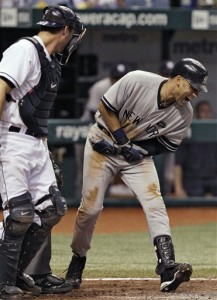 If you look down your nose at rap, then snort this up instead: Little, Brown has announced a publication date for David Foster Wallace’s unfinished novel. DFW’s widow Karen Green designed the cover. To be honest, Green could have claimed DFW finished the novel and no one would have noticed (… too soon?).

(For David Foster Wallace to release another novel, even after his death, dienu) 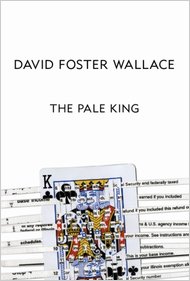 Clocking in at a mere thousand pages.

If liking David Foster Wallace isn’t indie enough for you, then catch the 35th Toronto Independent Film Festival, which will end this Sunday. Noted game designer Robin D. Laws has been faithfully reviewing a broad swath of films. Some gems we might look forward to in wider release include The Last Circus (“Carnival love triangle escalates into epic struggle between insane, disfigured clowns”), Super (dark comedy in the Kick-Ass vein, only sticking with its premise throughout and not turning into an ACTUAL superhero movie 2/3 through), and Cave of Forgotten Dreams (Werner Herzog shooting the Chauvet cave paintings).

(For Werner Herzog to release a new documentary, dienu)

What are you seeking teshuva for this weekend? Or is there something we missed? Sound off in the comments, for this is your … Open Thread.