*whistles* Be kind to your dear Open Threads, for a pop culture round-up is coming …

Good morning, all! Happy Canada Day (July 1) or Independence Day (July 4) to our friends on the North American continent.

First, what’s going on in movies? M. Night Shyamalan’s The Last Airbender opened to universally scathing reviews. Roger Ebert, Owen Gleiberman, A.O. Scott, the A.V. Club – all of them hated this bomb. Compared to The Last Airbender, the mixed reviews for The Twilight Saga: Eclipse (“one more walk on the mild sides”, “a ho-hummer,” etc) seem like angelic choruses. Question: is this M. Night Shyamalan’s last picture, or does he have one more flop in him? 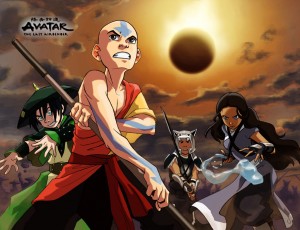 Watch any six episodes of this show, and you'll be better served.

Second, American television icon Larry King announced his retirement this week. After twenty-five years hosting his talk show on CNN, and just as long on the radio, Larry King has been famous for his non-threatening interviews and oddly hunched shoulders. He has interviewed every sitting President in that time, the biggest names in arts and entertainment, and Ross Perot. Thankfully, he’s not leaving on the wings of a scandal. Question: who’s going to replace him on the mic? 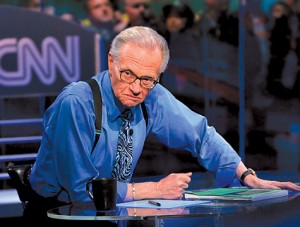 Anything we missed? Sound off in the comments, for this is your … Open Thread.