You’re pop-culture-savvy people, or else you wouldn’t be reading this site. So by now you’ve already seen the proof-of-concept trailer for Mortal Kombat: Rebirth starring Michael Jai White and Jeri Ryan.

What is this crazy thing?

In brief: director Kevin Tancharoen, in an effort to drum up interest for a reboot of the Mortal Kombat series, filmed this little short over two days. He didn’t have any studio backing and paid for it ($7500) out of pocket, with most of the crew and actors volunteering their time. (h/t Collider). As of this writing, there’s no word on whether any studio has bit on Tancharoen’s vision. But it’s certainly better than anything else we’ve seen in the Mortal Kombat series, right?

Mortal Kombat: Rebirth (MKR) joins the new tradition of rebooting franchises by making them grittier and more realistic. Christopher Nolan’s new Batman series is the boldest example. Gone is the Gothic architecture and Dutch tilts of Tim Burton and the deliberate camp of Joel Schumacher. Now, everything needs a real explanation. Note the effort the script devotes (in the voice of Morgan Freeman) to explaining the real-world science behind Batman’s armor, weapons, comms gear and Batmobile. Note the seedy appearance of Heath Ledger’s Joker: drooling, makeup smeared and seamed, killing with knives instead of poison gas. Christopher Nolan’s Batman has to live in the real world. 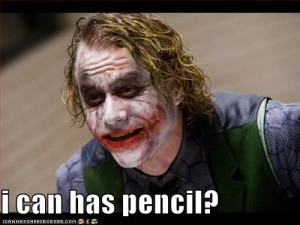 Other reboots in this same vein include the Bourne trilogy, the new James Bond series, and the Mission: Impossible franchise. While there are still gadgets, they’re always plausible gadgets. While there are stunts, they’re always credible stunts. Daniel Craig’s Bond will never drive a tractor-trailer on its two right wheels to evade a missile (see License to Kill). Jason Bourne’s watch does not have a laser in it.

Somewhere in the last twenty years, we decided that the pulp heroes of yesteryear needed to become the grim champions of today. What did it? The World Trade Center razing and the new War on Terror? That’s an easy culprit to blame. But it makes sense: America is still the powerhouse of producing pop culture. Events that shock America’s perception of itself would alter American pop culture output as well.

And this brings us to MKR.

In the video game “Mortal Kombat II,” Baraka is a snarling humanoid alien in samurai armor with claws coming out of his arms. In MKR, Baraka is a “failed plastic surgeon” who has surgically implanted blades in his body. Reptile was a hidden character in the original “Mortal Kombat,” a clone of Scorpion and Sub-Zero with a green outfit. In MKR, Reptile is a harlequin baby who survived to adulthood. Scorpion himself is a professional assassin. Everyone has a semi-plausible explanation for why they’re as weird as they are.

Example: “Superman can fly” is fantastic. “Superman came from a planet with much higher gravity, so he can jump so far that it appears he can fly” has verisimilitude. The explanation does not stand up to more than five minutes of scrutiny (“so how does he hover, then?”). But for certain types of art, it’s important that the authors at least tried. Note that in Superman’s origins, the wow-science futurist 30s, the latter explanation was used. In later years, as science grew more threatening (pollution, atomic weapons, etc), Superman needed to be above that. His flight was retconned to “look, Superman can just fly, okay?” 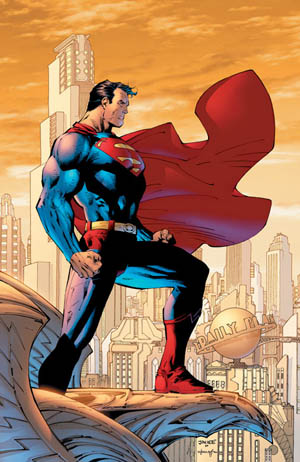 The explanations for Baraka, Reptile and Scorpion all have verisimilitude. They may not be the most rigorous science – how likely is a harlequin baby to survive to adulthood? – but the authors tried. The fact that they tried indicates an attitude that prefers naturalism and plausibility. They’re helping us with the suspension of disbelief. They want us to believe that Jax, Sonya Blade and Sub-Zero inhabit the same world we do.

The problem: verisimilitude only goes so far.

MKR goes to great lengths to convince us it takes place in the real world. Then, with a straight face, it reminds us we’re watching a fantasy. 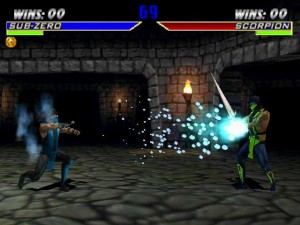 Would this be any less bizarre if it took place in Thailand?

This problem isn’t unique to MKR. Consider Batman Begins. Bruce Wayne ends up in a Chinese prison in his efforts to learn about martial arts and the criminal mind. He meets an ancient order of ninja assassins, which strains credulity but is plausible. Then we learn that this ancient order plans to poison Gotham City by introducing a rare flower to, then microwaving, its water supply. Huh?

Is this a bad thing? Not really. Am I disappointed in MKR? No. For one thing, the proof-of-concept trailer Tancharoen shot has higher production values – better actors, dialogue, editing, cinematography – than any Mortal Kombat movie we’ve seen to date. Putting the Mortal Kombat film franchise in his hands will only improve it.

But MKR’s a good object lesson in the limits of verisimilitude. Adding plausible science and politics to a story makes it seem grittier. It helps the stakes feel more real. But, at the end of the day, you’re still telling a story about mutants throwing blades at demons in a martial arts deathmatch. Verisimilitude can only take so many hits before you inflict a fatality. 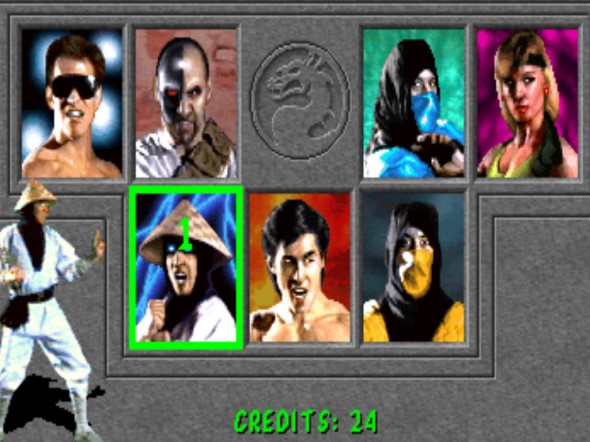 I want to see them explain Raiden.

14 Comments on “A Truly Mortal Combat”