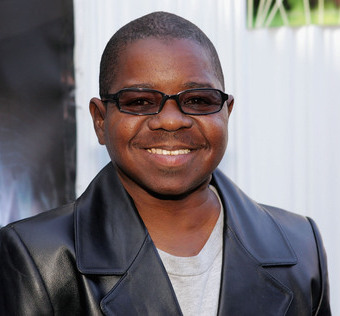 Gary Coleman, the African American actor and gubernatorial candidate who, along with Emmanuel Lewis, reinvented a performance paradigm for the “child star” that, for a decade in our history occupied a central place in the public consciousness, has died at the age of 42. While jokes and snark about the waxing and waning of his fame and professional success are widespread, as they are every night on Broadway in Avenue Q — and while they have become more common, even in the immediate wake of his death, it is important with icons like Coleman in particular to take a moment of seriousness at their passing.

This is of course partly because it is important to take death seriously. No man (or woman) is an island, after all — every man’s (or woman’s) death diminishes me, because I am part of (man or) womankind.

But it is also because, in becoming icons — in appearing to escape the immediacy or vitality of human experience to take on their own life in ideas, by being hyperreal and semi-fictionalized, the memories of people like Gary Coleman tend to not so much transcend aging and death as omit it. For a robust understanding of  what Gary Coleman means to us (and of course he means something to us, or so many people would not be talking about him), we have to take a moment to seriously regard that he has died, which means he was capable of dying, which means he carried the essential dignity of life.

On OTI, when I write elegies, I tend to write them about artists who have enlarged what I describe “the artistic project” — who contribute to humanity significantly in ways that are often not fully and actively appreciated, either because we take for granted that we did not always have them (as in the case of Bea Arthur, who was a very important figure for women in performance), or because personal issues of status or decorum obscure the craft at the heart of the personal work of creativity (as in the beloved and missed Patrick Swayze).

I think Gary Coleman fits this category — he expanded the human artistic project through the craft of acting by creating new characters with vigor and virtuosity. His contribution to culture were significant, and he means more to us in diff’rent ways that we often admit he does.

A lot of the coverage of Gary Coleman’s death describes him as a “child star.” He wasn’t really a “child star” – sure, he started as Arnold on Diff’rent Strokes when he was elementary school age, but he had a kidney disease that stunted his growth and played a child on that show until he was nearly 20 years old. So, he was a child star in that he was a star that played a child — not exactly the Mary Kate and Ashley Olsen lifestyle.

For his “work,” I’m mostly considering Diff’rent Strokes, which ran for almost eight years and 184 episodes (That’s a lot of show;  those are 24-level numbers). Much of his later work was self-parody, an attempt to his professional life as a deconstruction of his previous professional life – which a lot of people end up doing. But in Diff’rent Strokes, Coleman firmly established the character he was always parodying – the character we sometimes forget when we laugh at the guy who used to be on a successful TV show every week and only appeared on them intermittently “later” in life.

Because Coleman was older than his characters, he was very good at playing them as wise beyond their years. He was always the smartest character on Diff’rent Strokes, and the classic line “What [are you] talking about, Willis?” is a child speaking truth to power — it almost always calls out his older brother on bullshit, sniffs out attempts to trick him, or identifies something in the adult world that doesn’t make sense.

Coleman played a child who was smarter than the adults, because he was older than the children, but this rang true to us, because we in turn saw the foolishness of the adult world and know deep down that the intelligence and shrewdness of children (and not just the “bright” ones) is chronically underestimated.

There is a truth and authority in that character that I don’t remember seeing anywhere else before Coleman — and nobody did it better than he did. Macauley Kulkin – in classic fashion, the very good, but not pioneering white creative artist who became more commercially successful than the black forebear of his style – sort of gets there in Home Alone, but is a little too choreographed to rise to Arnold’s immediacy, vision and on-camera awareness as a character (which are harder to do than they look).

I remember dashing upstairs on Saturday afternoons when I was taking breaks from helping my father rake leaves as a child and watching Diff’rent Strokes as a child and feeling really encouraged and energized by Arnold. He was a character I respected, looked up to, and identified with. He was a smart child who didn’t go around deliberately wrecking things and had a good heart, but who didn’t understand what adults did sometimes and called them on it — usually before grudgingly cooperating.

Creating a character that can connect like that is pretty rare. I mean, I liked Webster, but I didn’t like it as much as Diff’rent Strokes. And if you watch clips of the show now, Gary Coleman is head and shoulders above the other actors, even when he only comes up to their waists, if that.

So, Gary Coleman created a character who was a positive role model for children who encouraged them to take leadership, be strong, be shrewd, and not be led around blindly by their seniors. Definitely an authority figure.

I never really liked the Avenue Q portrayal of Gary Coleman. He’s usually played by a woman, which I find inappropriate — although I guess cross-casting is fair, since guys have sure done it enough. It’s not so much wrong as I think it just hurts the character. And he’s always portrayed as if his defining quality as an icon is his failure, and I really don’t think it is.

Gary Coleman’s failure would not be funny if our expectations of him — if the core of his iconic representation to us — were as a failure. There’d be no irony in it.

No, the reason Gary Coleman’s professional failures are a source of comedy for so many people is because he was successful, because he was an unlikely authority figure — (and of the sort, I think, that there should be more models of, not fewer). We always knew his authority was artifice — the product of acting craft well-done — and the humor is that we respected it and it meant something to us even though it was a fabrication. We laugh at ourselves when we laugh at Gary Coleman.

In Avenue Q, I would have preferred to see his shrewdness, his intelligence, his calling people on bullshit, his refusal to be misled — his underdog mentality. Making him a sort of maintenance man of skid row was inappropriate, unless he was going to offer meaningful insight and less bubbly energy.

But, of course, in his professional life, Coleman rarely appeared in public with the poise and command of himself that he had on camera. He’s an actor — it should not be surprising that he did not visibly exhibit the same qualities in life as his characters, and I think we all need to cut him a break for that.

And of course, his self-promotion was so based in performance that I can’t say with any confidence at all what the man was really like, so I say all this with a grain of salt. I only know what he meant in the art he made that meant something to me.

I’m grateful for Gary Coleman’s contribution to my own confidence as a child — for his imagining and performing of a braver sort of young man. I am sad to see him go. And no matter how much I thought it was clever, I am titling this article seriously. I had considered Sic Transit Coleman Mundi, but, as you can see, I figured it, in the end, was not appropriate.

Thank you for your work, Gary Coleman, and rest in peace.