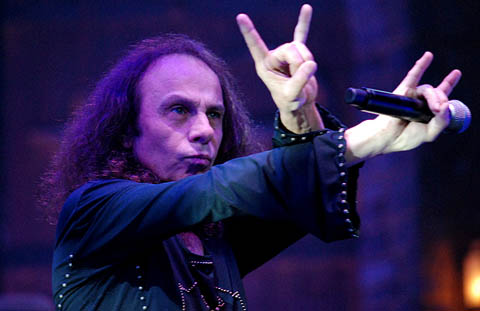 This gesture goes by a number of names (devil sign, metal sign, devil horns, throwing horns, HEAVY F****N METAL HORNS, etc.), and we have Ronnie James Dio to thank for popularizing this in heavy metal culture.

I won’t go in depth into either Dio’s career or the origin of this gesture (that’s what Wikipedia is for); instead, I wanted to use the passing of Dio as an opportunity to reflect on the meaning of this gesture in our 21st century pop culture landscape.

So, it’s a Satanic thing, right?

You can’t talk about the metal sign without talking about The Devil, Satan, The Dark Lord, Dick Cheney, or whatever name he’s going by this week. Again, without going way into the background on this topic, it’s pretty well known that references to the occult, Satan, and other supernatural forces of darkness and evil were, and still are, significant themes in heavy metal music. Do you need a reminder? No? Too bad. Obligatory occult heavy metal music video in 3, 2, 1:

(Okay, by modern standards, that’s pretty tame, but there was definitely a dude in a red suit with a pitchfork on stage while the band was screaming “666! The number of the beast!” Besides, the song freaking rocks. So deal with it.)

But like most creators and consumers of dark imagery, heavy metal musicians and fans aren’t necessarily endorsing evil and Satan when they invoke his name in lyrics or make his horns at a concert.  Okay, a small minority of metal fans and musicians may be actual devil worshipers or practitioners of the occult, but the rest of us understand that it’s part of the cathartic nature of heavy metal. We live our lives by the rules, we deny ourselves of things that organized religion tells us are evil, and we feel limited as a result. Celebrating evil and darkness through horror movies, killing people in violent video games, and yes, making devil horns at a concert are all ways to achieve the emotional release of catharsis.

Think about it. It’s such a small, safe way of expressing rebellion and subversion. All you have to do is pull your middle and ring fingers toward your thumb and put your hand in the air and you’re making a statement against organized religion. 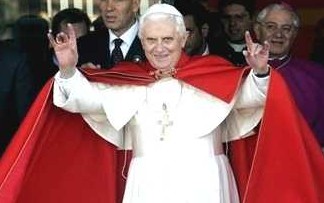 Either the pope didn't get the memo on "throwing horns," or he's a huge metalhead. You never know.

OK. So it’s not really Satanic. But is it sexual?

Granted, this sort of hyper-heterosexuality is not exclusive to heavy metal. But heavy metal is unique in music genres in that it insists on spike-ifying phallic images. Take, for example, the Fender Stratocaster, the iconic electric guitar. It’s pretty damn phallic to begin with:

Now feast your eyes on this monstrosity by B. C. Rich. But don’t look to long–you’ll put your eye out!

Based on this, we can extrapolate a basic heavy metal rule for phallic imagery:

By this rule, we get the upwardly thrust arm with spikes on top: 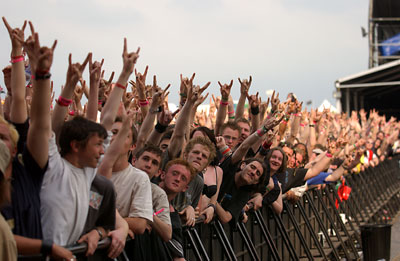 But maybe it’s neither Satanic nor sexual. 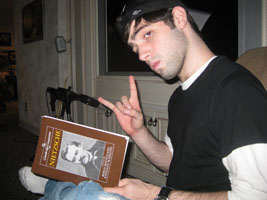 Well, Nietzsche is at least a *little* metal.

Metal fans have long lamented the proliferation of the devil horns hand gesture into decidedly non-metal environs: Jonas Brothers Concerts, AOL advertisements, Miley Cyrus, etc. Dee Snyder wrote an article about it, as did The Onion. There’s even an entire website devoted to the reversing this trend called “Take Back the Horns.” I suspect there’s a fair amount of tongue-in-cheek attitude in all of these examples, not just The Onion article, but everyone agrees that this hand gesture is no longer exclusive property of heavy metal culture.

Instead, it’s now a mainstream expression of aggressive (or not-so-aggressive) celebration. And it’s not the first time that a fringe culture’s expression of subversive defiance becomes mainstream. 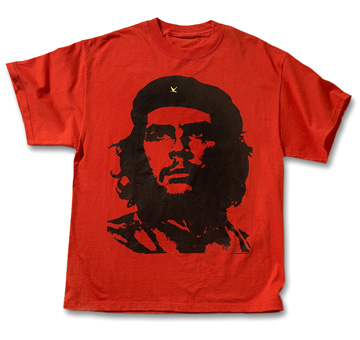 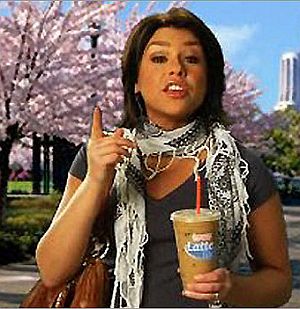 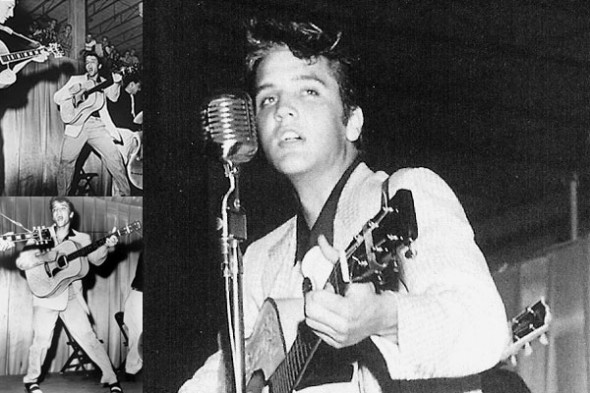 Lest we forget: Elvis was once seen as threatening and subversive as Satanic/occult symbolism in heavy metal music once was.

The transformation from subversive to mainstream is the natural progression of all popular music. Rock ‘n’ roll, R&B, punk, heavy metal, Madonna, hip-hop: they all started as fringe, threatening, subversive forces, but eventually became embraced by the hegemonic mainstream. Then some new threatening force comes along and we repeat the process all over again: 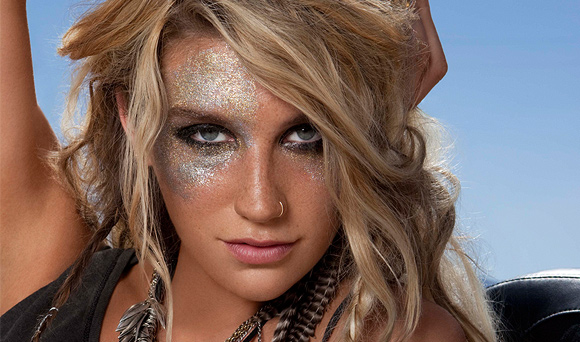 Okay, maybe it is a little bit Satanic.

Like Che and the keffiyeh, throwing horns has gone from subversive to mainstream. But unlike those other icons of rebellion, there’s still the matter of the symbol being a representation of, y’know, the Dark Lord SATAN himself: 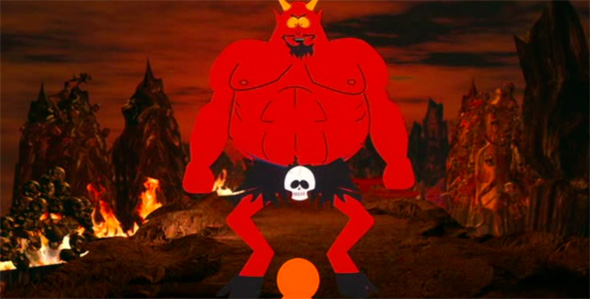 Give credit where credit is due. He’s what makes “throwing horns” such an effective gesture. Satan is the most extreme form of subversion you could possibly ask for–what’s more fringe and threatening than the ultimate embodiment of evil?–and when you’re trying to be fringe and threatening in your creation or enjoyment of music, then calling upon this image is highly effective.

But Satan is also very abstract, much more so than Cuban communists or the Palestinian Liberation Organization, and that ironically makes him a safe way to be fringe and threatening. Think about it. There’s a reason why (most) heavy metal bands don’t use Nazi imagery to be fringe, threatening, and evil, but they do use Satan and occult references. 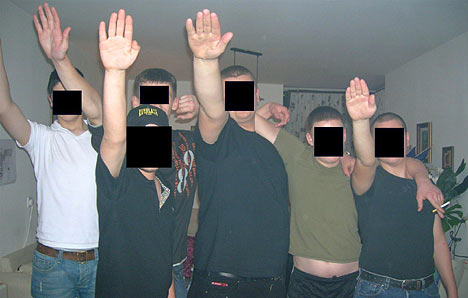 Right? You’d never see this at a Judas Priest concert, much less anywhere else in decent company.

I take back what I said earlier. Adding spikes to this phallic imagery would actually make it less threatening.

Anyway, all of this is to say that throwing horns is a little bit Satan, a little bit sexual, very threatening and fringe in concept, yet abstract in practice to the point that it becomes safe and mainstream.

Most importantly, it just feels fun to do. Try it: 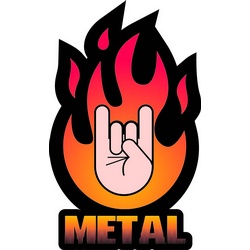 Now do something metal. Like salute Ronnie James Dio for his contribution to the cultural dialectic.

15 Comments on “The Devil In You And Me: Making the Metal Sign”