With yet another family comedy about woodland critters opening this weekend, parents will undoubtedly be flocking in droves to local theaters, their small children in tow, and the makers of “Furry Vengeance” will in turn be walking away with ungodly sums of money. Perhaps the general public would do well, though, to consider just what exactly it is that the film’s makers are selling.

Although marketed simply as a kid-friendly, Brendan Fraser-Brooke Shields vehicle about cute and cuddly forest fauna, director Roger Kumble’s “Furry Vengeance” carries underneath its innocent-looking surface what will surely be the ideological agenda of our fledgling decade. Roger Kumble is not selling animals–Roger Kumble is selling castration anxiety as symptomatic of the failings of traditional American patriarchy. (Yes, you read right.)

Though the bulk of the film’s attention goes to Fraser’s character (real estate developer Dan Sanders), it is often cringe-inducing attention for those privy to the film’s concealed layers of meaning.

Having lost sight of family life and his own personal ethics, Sanders becomes the aggressive make-over project manager of the virginal nature he is destroying in order to construct a new housing development. Sanders’ emasculation quickly becomes the film’s goal, beginning with his turning-away from his role as family head in favor of investigating what may or may not be the local critters’ conspiracy to “get him.”

Not satisfied with only playing upon castration fears, though, the film also ventures into the realm of male-rape anxiety. The film makes quick work of transforming Sanders from an active subject to an object available for sexual conquest. Perpetually under physical attack by the animals, Sanders’ “rape” appears to begin with the film’s constant tearing and removal of his clothes, and the character’s frightened expressions almost seem to signify that he is fully aware of the film’s intentions for him.

Not only does clothing play into Sanders’ rape, but also into the idea of the character’s transformation into a passive, sexual object–something to be “looked upon.” Living in the model home on his jobsite, Sanders’ yard acts as a perpetual mingling ground for a bevy of mostly male construction workers, and these workers maintain the power of an active gaze when looking at Sanders through a second-story window after the vengeful animals have “tricked” him into putting on his wife’s brazier (more cross-dressing will follow as Sanders dons his wife’s too-snug tracksuit bearing the word “yum” across each butt cheek).

Another recurring theme throughout the film is the spilling or spraying of liquids on Sanders–beginning with coffee and working up through watery jets from sprinklers and fire hoses, skunk spray, and urine–each an act that progressively comes to resemble sexual “marking,” the liquids an ejaculatory stand-in for audiences still too young to understand their significance. 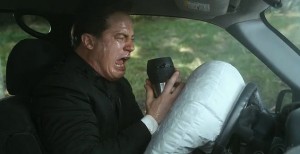 As if these liquid “markings” were not enough to drive the point home, the film continues with a scene that visually delivers Sanders from a position of emasculated man to one who must face the sins of his former masculinity. Having been sprayed by a team of skunks, Sanders is later seen sitting in a bath consisting of tomato juice and water, and he finds himself forced to repeatedly pour the diluted redness down over his face and body, and it is here that one can argue parallels to the titular character’s menstrual shower in director Brian De Palma’s 1976 film “Carrie,” with each character bathing in what is to be perceived as his or her own shame.

The particulars of Sanders’ emasculation may prove too numerous to recount here (seriously, they could fill several articles), but it is worth noting what could be thought of as Sanders’ rape brought to fruition. Weary from nature’s unrelenting assault, Sanders reaches his breaking point, at which time the raccoon, the leader of the animal attack, forces Sanders onto his back before mounting him, urinating on his face and penetrating his mouth with its forelimbs–each a final act of claiming the broken man as its sexual conquest.

I’ve previously mentioned that the film makes commentary on a failed patriarchy–something “Furry Vengeance” argues primarily through the narrative set-up that Sanders’ chief concern is to be the “boss” and primary breadwinner of his family. His symbolic castration and rape follow as his wages for belonging to what the film might suggest to be an “outdated” system, and although Sanders makes his best efforts to re-appropriate his lost phallic power–most visually with a golf club and a crossbow–the animal siege against his masculinity will only cease after nature has “had its way” with him, because it is after this point that our main character will accept the error of his former beliefs and conduct. 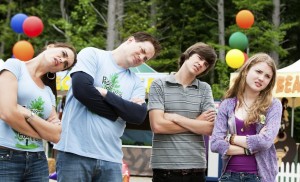 It stands only as a fitting choice that Fraser should be cast in this role, as his current body shows more corpulence and less virility than what audiences may remember from earlier Fraser adventure flicks such as “George of the Jungle” or “The Mummy” trilogy. Indeed, his softened body seems a failing one–a body showing weakness that reflects what the film might see as weak traditions of family structure in our society.

It’s not all doom and gloom, though, in the world of “Furry Vengeance.” Although the film will probably fail to appeal to a number of demographics, Fraser gives a solid enough performance, and audiences should be pleased to see that Brooke Shields has removed herself from her exile to the land of toothpaste commercials.

Though familiar faces and animals may be exciting for adults and kids, respectively, “Furry Vengeance” remains a cautionary tale for audiences–an exercise in discovering just how adept we are at reading between the potentially misleading lines of what it is we watch. What we do with Kumble’s film and its commentary on traditional masculinity, however, seems to be up to us as individuals. I, for one, will eagerly be awaiting an equally-encrypted sequel, if only to see whether or not the franchise will still find us to be a people misguided in our ways. 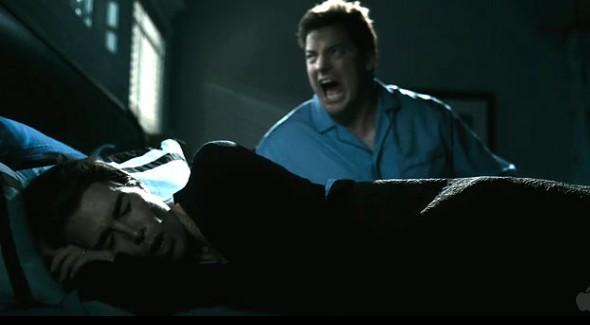 (Like it? Disagree with it? Want to know what Brendan Fraser got sprayed with? Sound off in the comments!)

5 Comments on “Furry Vengeance and the War on Traditional Masculinity”