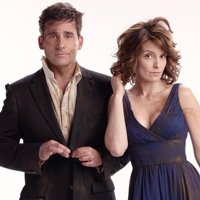 You can tell it isn't Tim Burton, because they got some sun.

As listeners to the Overthinking It Podcast know, a problem has been bothering me since Saturday night, when I went third-wheeling (or, as I like to call it, ATVing) with two of my friends who are engaged to one another.

The stated premise of Date Night failed to step up and make sense, but this offended me a lot less than it does in other movies.

Why is it so easy to forgive a disposable romantic comedy like Date Night, when I wouldn’t offer the same forgiveness to, say a disposable action movie like Van Helsing?

Is it just that the story of a semi-estranged married couple making up made me all mushy? Eh, being third wheel, I doubt I was so sympathetic to the problems of couples.

My basic take on comedy and drama

I’ve said this before in podcasts and even written about it before in articles, but this is my basic take on the supergenres of comedy and drama. I by no means take credit for it myself, many smarter people have said as much before me:

Dramas end in deaths and departures – permanent changes. Comedies end in marriages and gatherings – promises of future repetition. This is reductive, of course, and means there are a lot of hybrids, but that’s fine. No reason there can’t be hybrid genres. I tend to think that classifying arts in shades of big categories is more useful than making lots of little categories, because you can still see the moving parts.

The most important, obvious place where the difference between comedy and drama is evident in each piece is the characterization. Dramatic characters and comedic characters are inherently different, and which is most obvious when encountering an obstacle.

Here’s an example: One of my favorite all-time comedic characters is Frank Drebn of Police Squad! and the Naked Gun movies (if you haven’t seen the Naked Gun movies, find them now. I know a lot of OTI fans are young, but that’s no reason for you to be deprived of such unmitigated brilliance.).

Drebn is a parody of Joe Friday and other super-serious TV policemen, and he shows how close unflappability is to the ridiculous – Joe Friday is dramatic because you test him and test him with challenges, and he changes so little as he overcomes each obstacle that he draws out the tension in scenes and stretches the drama. Joe Friday is pretty awesome as a dramatic character — watch him in action:

But Frank Drebn doesn’t change at all, and, as a result, he gut-punches the tension out of every scene. Let’s look at how Frank Drebn handled a few obstacles. In each case, a big part of the joke revolves around Frank Drebn staying the same when the circumstances go to extreme lengths to suggest he might want to try a different approach:

This scene is great, and the joke is very simple. Frank Drebn is in this widow’s home – she’s just sobbing and sobbing, but he is so deadpan and absorbed in his police work that he’s entirely oblivious to how upset she is, so, while trying to help. he just makes her cry harder and harder. He’s also so self-centered in how he delivers his non-sequitur noir police monologues that he uses the same dry, macho style to refer to inappropriate things – like, in this case, his homoerotic feelings for an old roommate.

One of the funniest things a character can do is say something with total honesty that everyone knows is true when it isn’t expected. I love the line, “We would have come earlier, but your husband wasn’t dead then.”

In the above scene, Frank Drebn’s method in fighting all these legendary foreign leaders is funny because it is exactly the same way he approaches fighting a bunch of random thugs. The thoroughly inappropriate music reaffirms who Drebn is and his unwillingness to be changed even a little bit by circumstances. It’s hard to think of a more hostile environment or more dire obstacle to put in front of him, and he stays the same throughout.

And his callbacks to the Three Stooges and other physical comedy classics are further comic reaffirmations – even in this foreign, hostile environment, he’s doing the same stuff people in this sort of movie have been doing for seventy years.

In the above scene, the joke is both that he is so deadpan serious walking into such a silly, cliché scene, and of course in the repetition of “locksmith,” which confirms expectations about the world and how it works in a surprising way. Speaking of “one of the funniest things a person can do is say something totally honest that everyone knows is true when it isn’t expected,” everybody knows that locksmiths open locked doors. The comedy of truth being confirmed and things not changing.

This is also, by the way, why satire isn’t nearly as subversive as people think it is, and why suppressing it is so foolish. Good satire is funny because it surprises people with things they already think are true – the more surprising and truer, the better. Candide doesn’t create in people the idea that politics is wasted effort or that the world is chaotic, brutal and cruel to oblivious, decent people who don’t know any better – but because people already know these things – even if they suppress them or try to believe they are false – it is funny.

Imprison the satirist, and all you do is deprive yourself of a way of knowing what people are already saying behind your back. 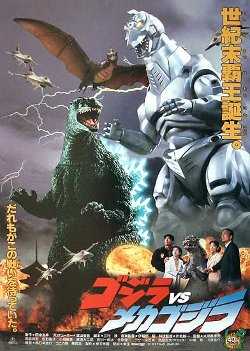 "Let's raise the stakes, shall we?"

One of the basic ways to build a comedy is to take a character or a relationship that isn’t going to change and set it up against bigger and bigger obstacles that you would think would force it to change, and instead just keep confirming and confirming it.

Keep confirming things that people think are true no matter what else happens, and then at the end, reward the characters for getting through this wilderness and breakdown in the proper order of things with a big party. You’ve got your comedy.

Okay, so what does this have to do with Date Night?

As I mentioned, most stories are hybrids between comedy and drama (and I think there are a few other related supergenres too, like epic, but I won’t get into that now). There are funny parts where the characters don’t change (which liberates you a bit from the psychic strain of an unknowable world), and serious parts where the characters change (which puts extra weight on you by putting what you think you know in question).

It is often assumed that romantic comedies are strictly comedies. They’re usually not. Most romantic comedies are hybrids with quite a lot of drama in them. Love Actually is a perfect example – each story arc has comedic parts, where the characters maintain who they are in the face of obstacles, but they also have dramatic parts – where people lose each other or make choices with permanent consequences, forcing themselves and others to change. There are parts of Love Actually that are quite sad and not comedic at all.

But, because it happens to have a happy ending, people think it’s essentially a comedy. And with Love Actually, they’d be right – Love Actually is “actually” a meta-comedy about the constancy of love across many human relationships – thus the real people in the airport and the video-mosaic at the end. The things that don’t change about people don’t change on a grand scale, greater than the characters in the movie.

But take something like Notting Hill. Notting Hill isn’t nearly as comedic. Yes, at the end, Hugh Grant and Julia Roberts get to be together, but Julia Roberts’ character is forced to change a lot. She goes from being this glamorous movie star to being a contented English housewife. Unless you believed this is what the Julia Roberts character was really like and really wanted all along (which seems unlikely), that’s quite a bit of an arc for a comedy – and it’s reflected in the stolid, somber tone the movie sometimes wanders into. It’s a pretty dramatic romantic comedy. 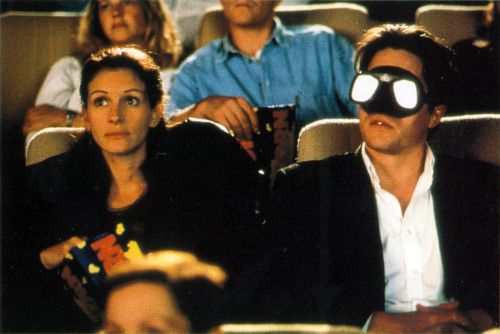 Yes, you follow the usual romantic comedy track – couple meets, couple falls apart, couple reunites, but depending on the characters, this track doesn’t assure that your piece is going to always lean more heavily on comedy. A dramatic character can make a comedic plot dreadfully serious. What if there were somebody on Airplane! who was really sincerely scared at what was going on and cried a lot and wanted to go home? That would suck the wind out of your sails, so to speak. And airplanes don’t even have sails.

And if Date Night were even a little bit more dramatic, it would be terrible. Whereas, instead, it is pretty decent.