To avoid melting into a puddle of icky fangirlishness, I’m just going to ask the following questions–without once using the word that starts with a “Des” and ends with a “mond.”  So.

Question 1: Do you think this episode tilted the scales of free will and fate in one direction or the other?

Question 2: What’s the deal with Eloise?  Why does she get to be the time cop in the alterna-universe?  In the regular universe, she seemed to be following the events outlined in Faraday’s diary, but in alterna-universe she didn’t have access to any of that information. 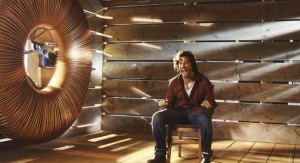 Yet she still rants on about “not being ready yet” and violating the timeline.  Explain.

Question 3: Similarly, why can alterna-Losties like Daniel Widmore (nee Faraday) and Charlie experience flashes of the regular universe?  Is it because they are special in some way, or is it because their alt-timeline is somehow degrading? But if the alterna-line is degrading, why is that happening, and what will happen when the degradation is complete?  And what does this have to do with Smokey?

Question 4: This question can be answered by anyone, but I think it’s more appropriate for the ladies.  If you were out at night, in a near-empty stadium, and some guy came up to you and said he knew your name, and then he fainted when he touched you, would you go out on a date with him?

See you next time.

Or read more from… TV, Lost

21 Comments on “The Overthinking Lost Open Thread: “Happily Ever After””