Overthinkers of the world, unite! You have nothing to open but your threads.

In rap news, Lil’ Wayne began his one-year jail term this week, pleading guilty to attempted weapons possession. The obvious joke is that doing a bid can only help a gangsta’s career, but that actually hasn’t been true. It certainly hasn’t helped Mystikal’s career any, though he only just got out.

Question: what should Lil’ Wayne do with his year off from recording (other than reflect on his crimes, rehabilitate, blah blah etc)? 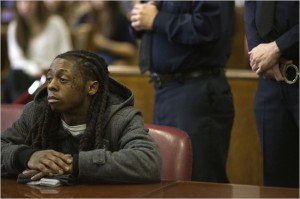 Mr. Carter entered the following statement in his defense: I keep it real crisp like Kellogg, stack it like Lincoln Logs, then I drive my Lincoln over your dog, dawg.

Second, have we all taken a moment to let our jaws drop over the Tron Legacy trailer? Because really, wow.

Question: A revanchist Alice in Wonderland; a mature Tron sequel; and even that trailer for The Sorceror’s Apprentice looked a little edgy for a movie inspired by a Fantasia cartoon. Has the success of Pirates of the Caribbean inspired Disney to treat its properties in a more adult manner? If so, what does this suggest for the future?

Finally, we doff our bandannas for Corey Haim, who apparently succumbed to a drug overdose earlier this week at the age of 38. Best known for his adolescent attitude in such 80s classics as Lucas, License to Drive and The Lost Boys, Corey had regained some D-list cred by teaming up with Corey Feldman in “The Two Coreys” and a cameo in Crank 2: High Voltage. Fame treats few of us kindly, and young Mr. Haim worse than most. 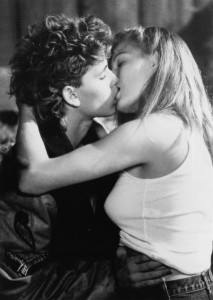 This is how he'd want us to remember him: making out with Lala Sloatman.

Man, Lil’ Wayne doing a bid, Corey Haim dying: does OTI have any good news this week? As it happens, we do! Overthinking It is sending correspondents to PAX East, Penny Arcade’s East coast convention and gamer expo! OTI staff will be wandering the floor, documenting the happenings on the official Overthinking It Twitter account.

“But Perich,” you’re asking, “how will I recognize the OTI crew? Or how can I identify myself as a loyal Overthinker?” Well, you could always buy an official Overthinking It branded T-shirt!

Are you coming to PAX East? Do you want to catch up with the Overthinking It staff? Sound off in the comments, since this is your … open thread.