You find a thread at the end of your week. Open? (Y/N)

Nothing really interesting happening in the world of pop culture this week. Everything’s at sort of a standstill. So you can talk about … oh, wait, there’s the 82nd Annual Academy of Motion Picture Arts and Sciences Award Ceremony coming up on Sunday. We could probably talk about that.

We’ve talked the Oscars to death in a lot of other posts, so let’s just focus on recent Oscar news:

Submit the most accurate list of Oscar picks, and you could win the respect of the smartest people on the Internet! And isn’t that worth more than anything? Well, except winning an Oscar. Or getting paid to predict who’ll win the Oscars (which we aren’t). Discuss these and other quandaries in the comments, since this is your … open thread. 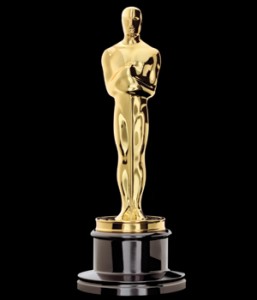 It's hard not to want one, isn't it? Think how that'd look on the XBox.